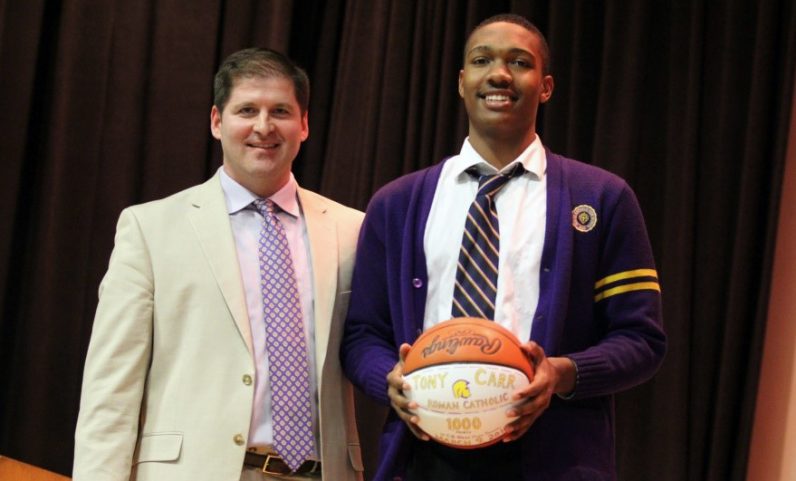 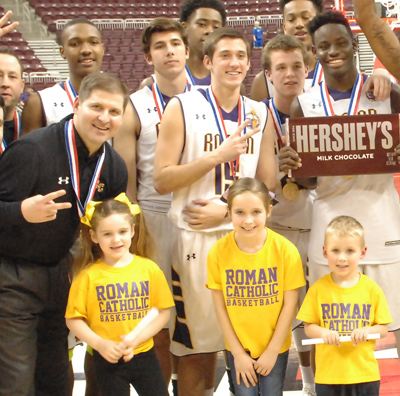 Roman Catholic High School basketball coach Chris McNesby has resigned, the school announced May 20. He cited the needs of his family as a reason for his resignation after eight successful seasons.

This year he led the Cahillites (27-4) to their second consecutive PIAA Class AAAA state championship, and back-to-back District 12 and Philadelphia Catholic League championships.

He was also named Coach of the Year recently by USA Today.

“It has come to the point where my three children are quickly growing up and I want to be there for them as much as I can,” McNesby said in a statement announcing his resignation. “I’ve always tried to give 100 percent effort into everything that I do, yet I now realize that, at this stage of my life, it would be very difficult to give Roman basketball, my family and my job all the proper attention that they deserve.

“My staff and I have accomplished a great deal with the basketball program at Roman, of which I am immensely proud, but I want, and need, my proudest accomplishment to be my family.” 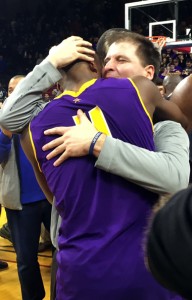 McNesby is a graduate of Roman Catholic, class of 1995, and played for the basketball team as a student. He served as an assistant coach to head coach Dennis Seddon for several years before becoming the head coach for the 2008-2009 season.

Roman Catholic’s president, Father Joseph Bongard, said the school was grateful to McNesby “for his all his hard work and dedication towards Roman and the basketball program. The school wishes him and his family the absolute best as they begin a new chapter in their lives.”

(Read a CatholicPhilly.com profile of McNesby in his first season at Roman’s helm.)