At Mass, priests pray in gratitude for ordination

Priests celebrating the anniversary of their ordination this year gathered for the annual priest alumni Mass April 28 at St. Charles Borromeo Seminary. They were joined as concelebrants for the Mass with other priests including seminary faculty and by Archbishop Charles Chaput, who was the main celebrant, and they enjoyed social time together afterward. See a biographical profile of each of the jubilarian priests here. (Photos by Sarah Webb) 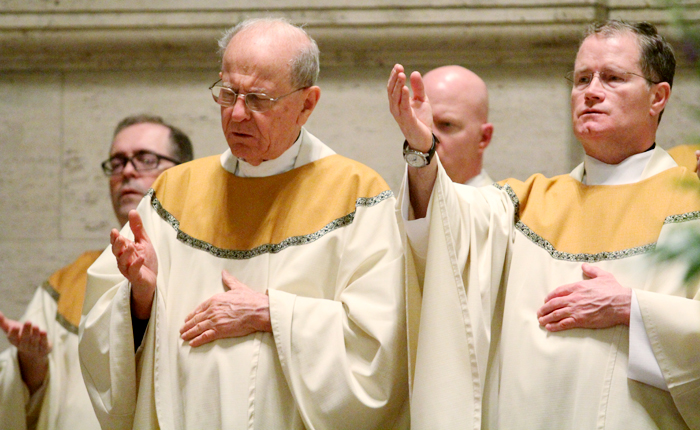 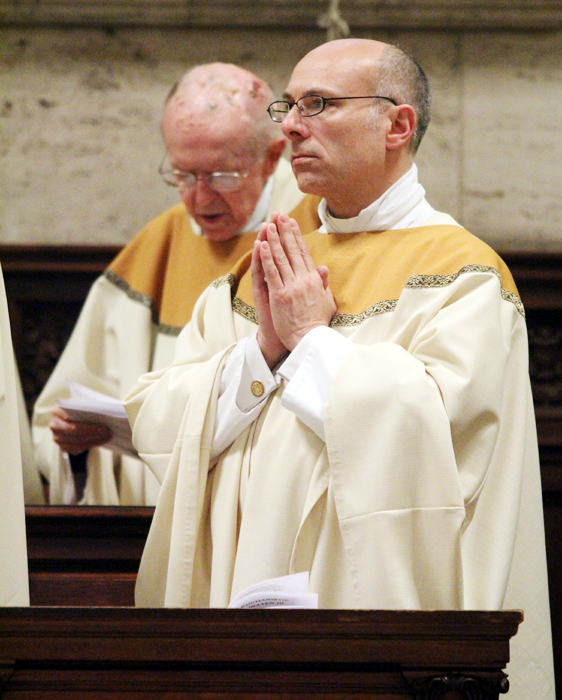 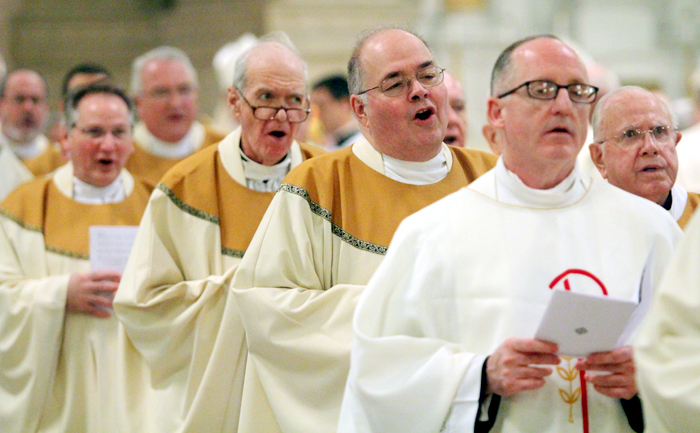 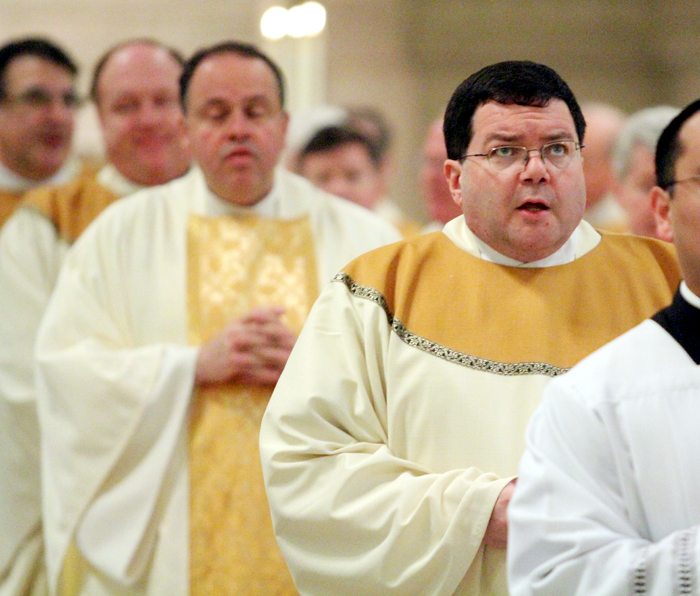 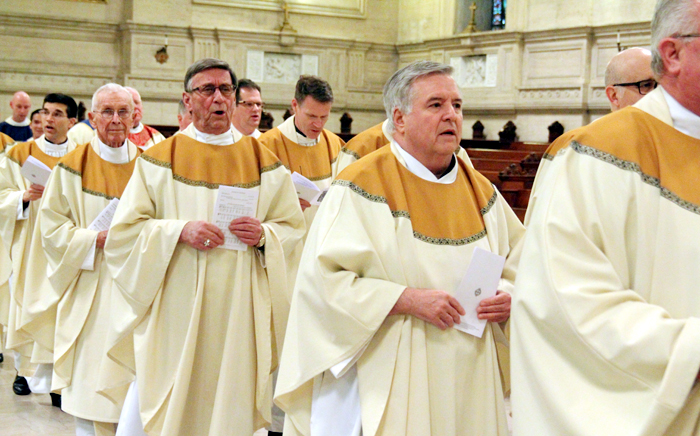 From left processing into St. Martin’s Chapel at the seminary are Msgr. James Mortimer (1952), Father Eugene Tully (1973) and Msgr. Joseph Nicolo (1974) at the start of the priest alumni Mass at St. Charles Borromeo Seminary. 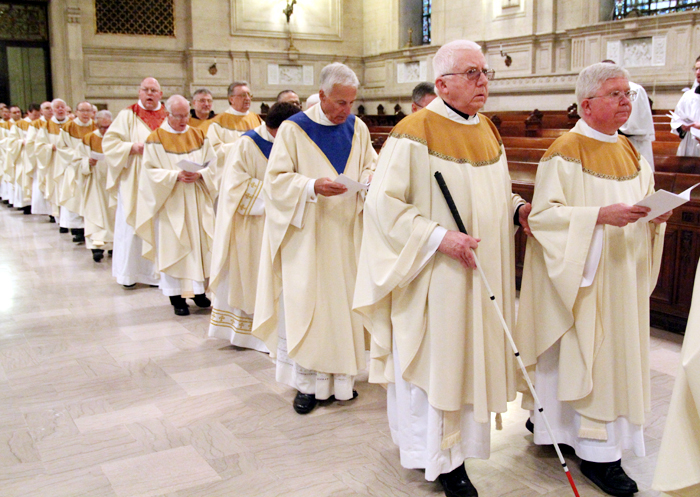 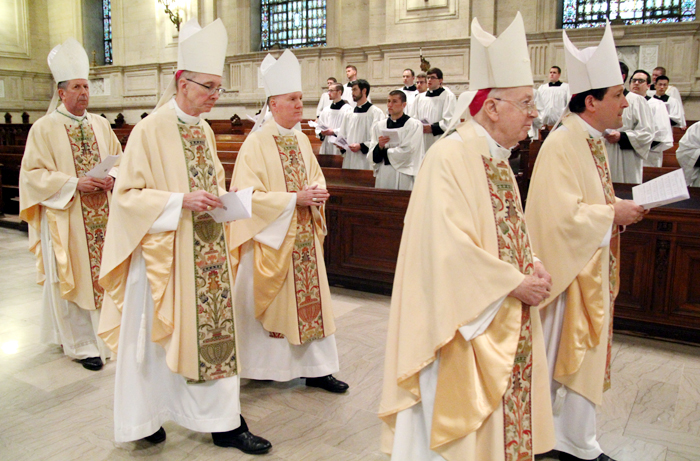 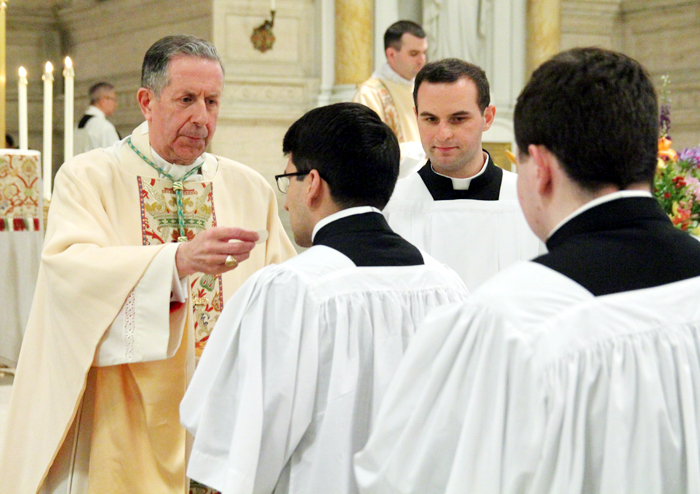 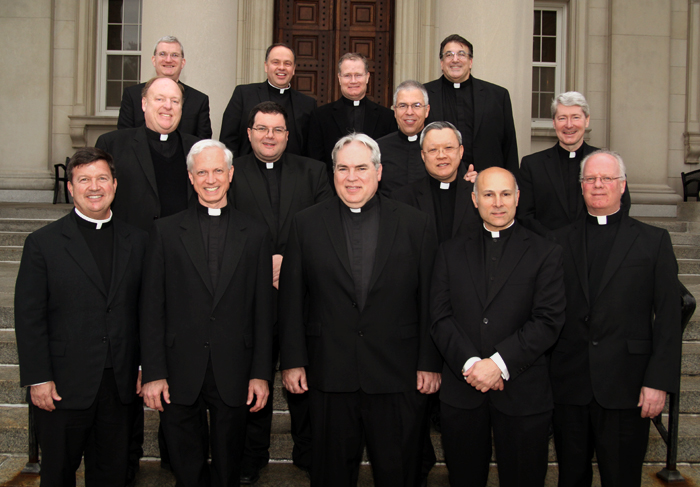 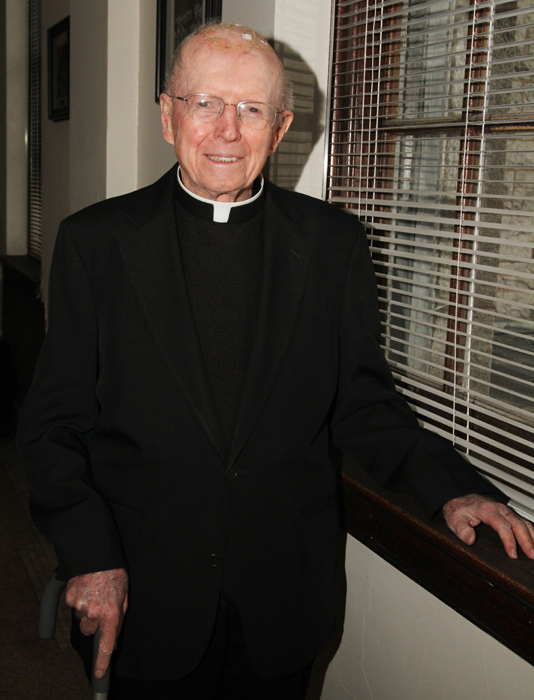 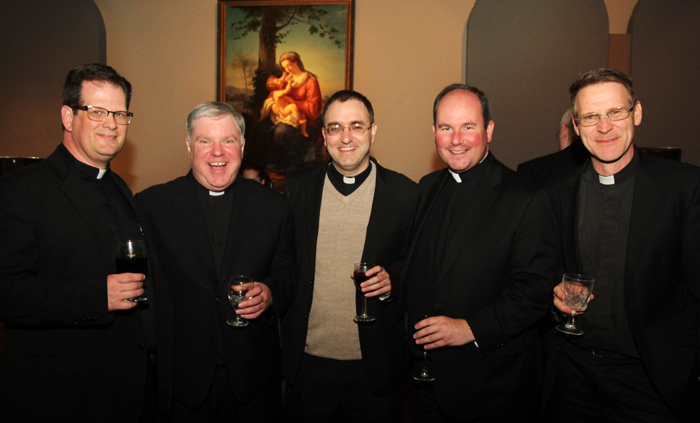 Members of the class of 2002 catch up at the reception following Mass. 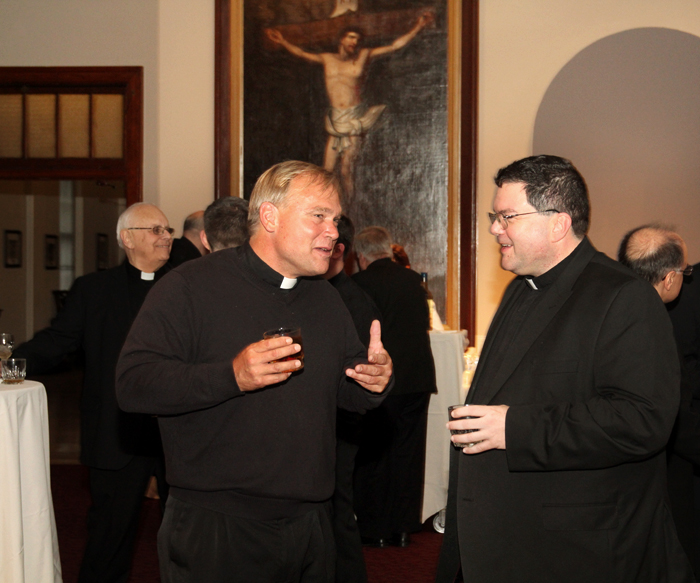 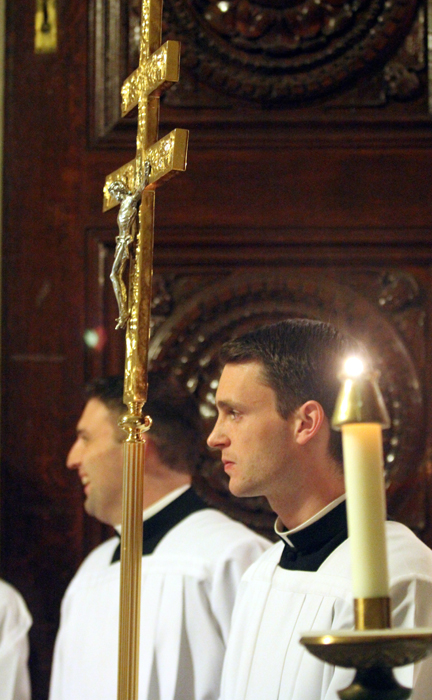 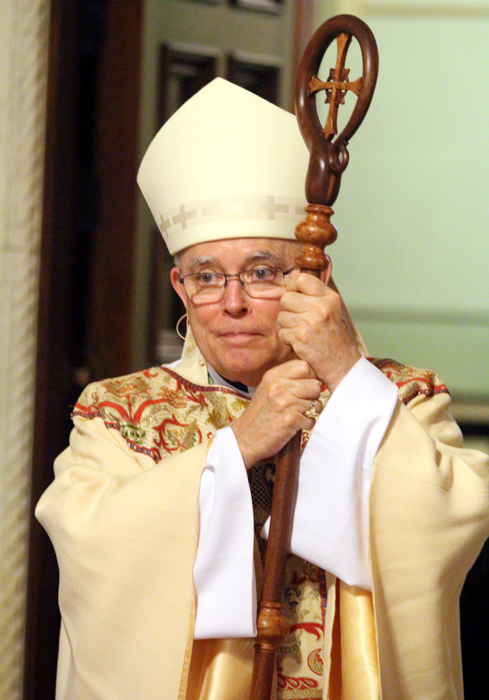 Archbishop Charles Chaput waits to process into St. Martin’s Chapel at the start of Mass. 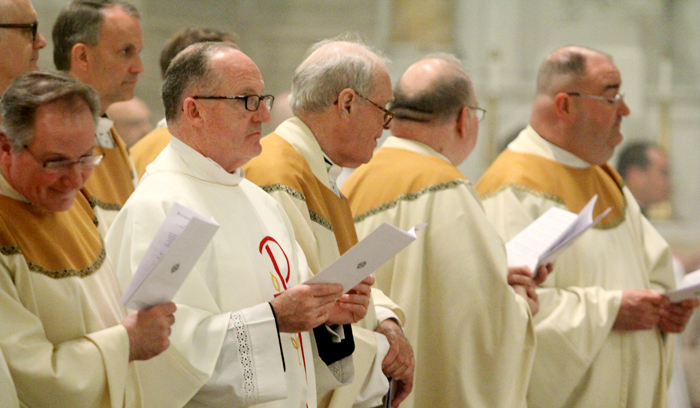 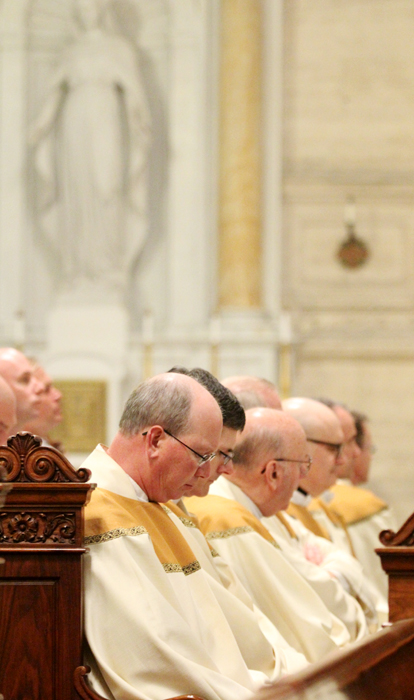 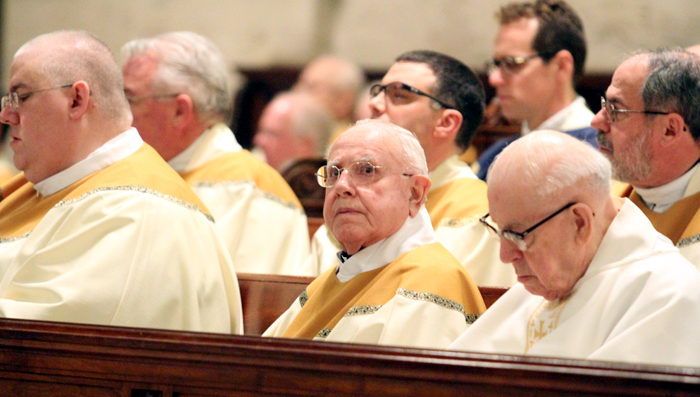 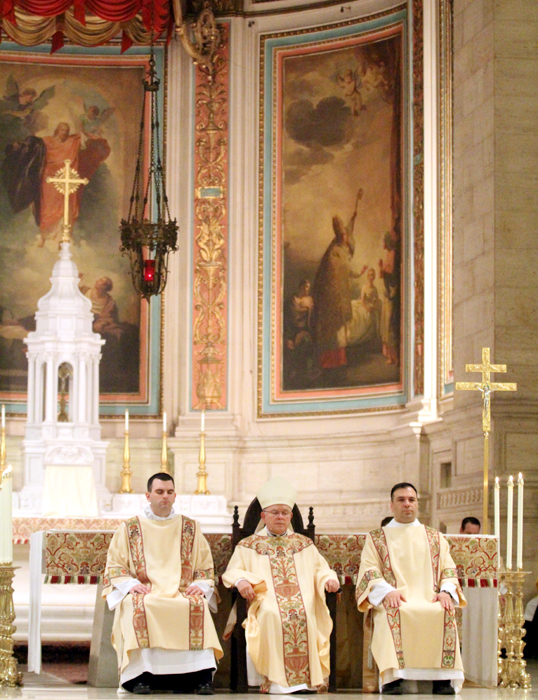 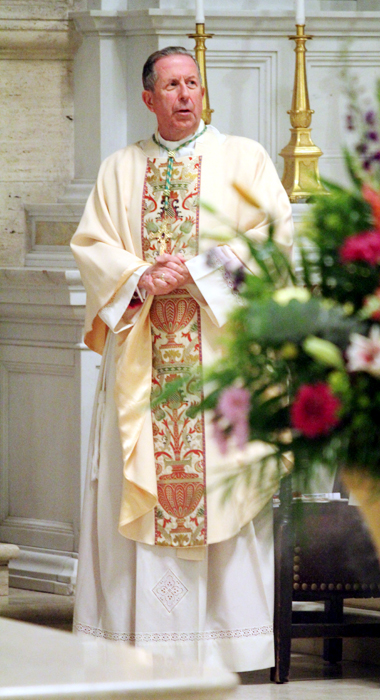 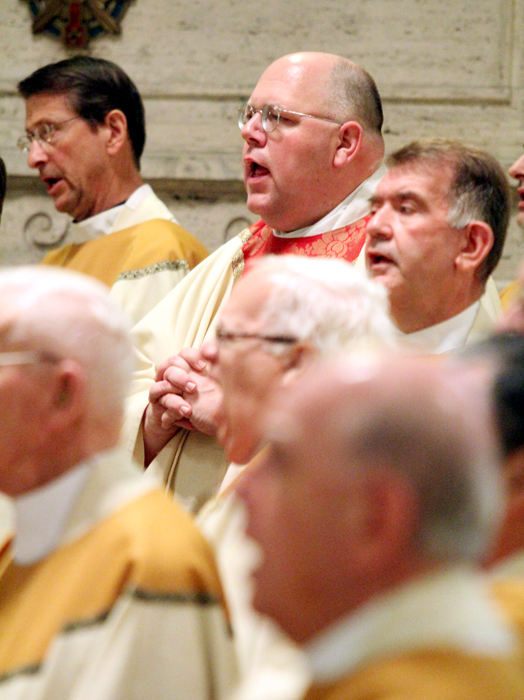 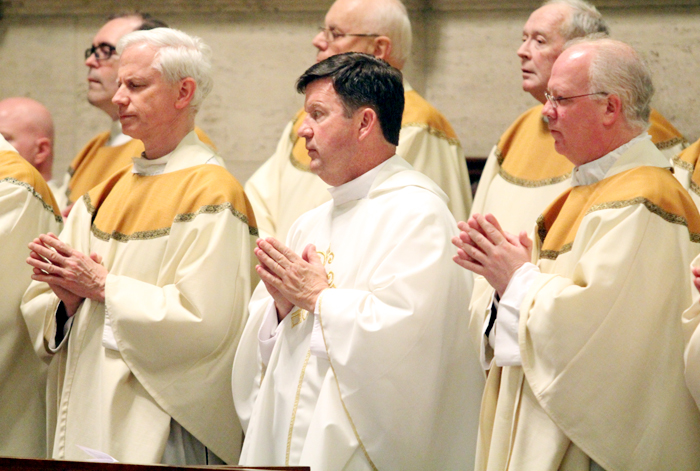 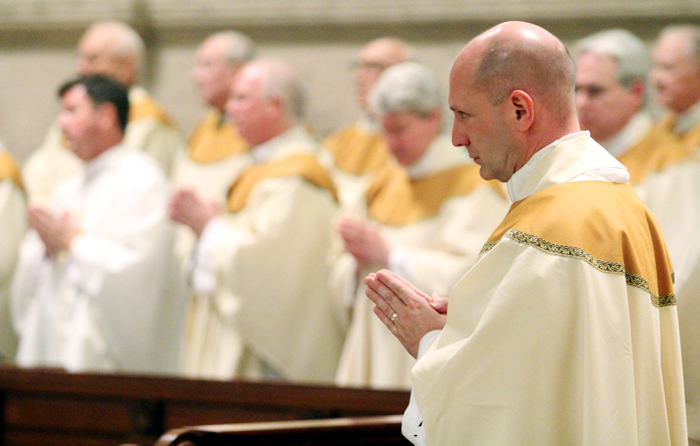 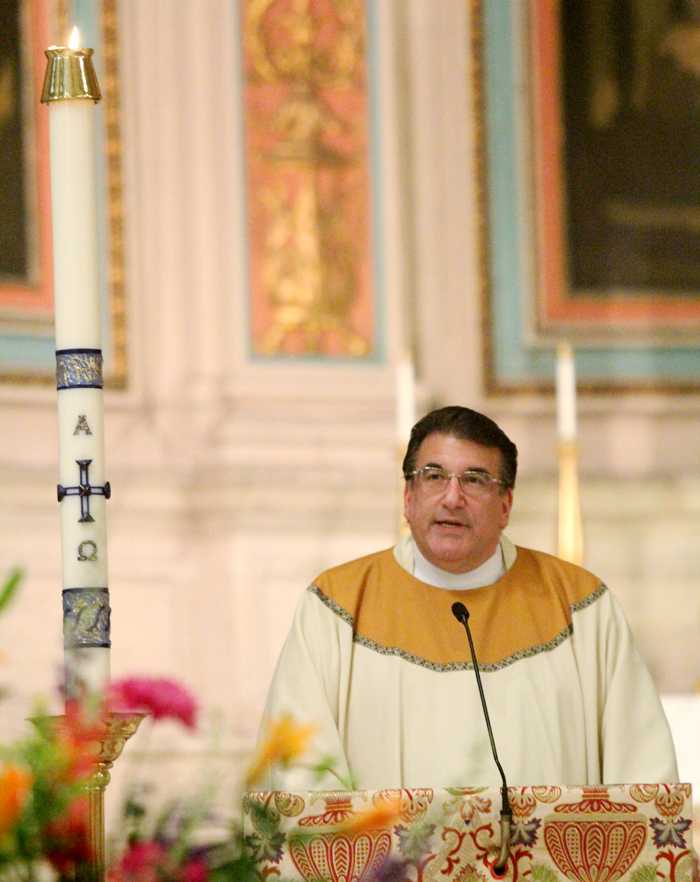 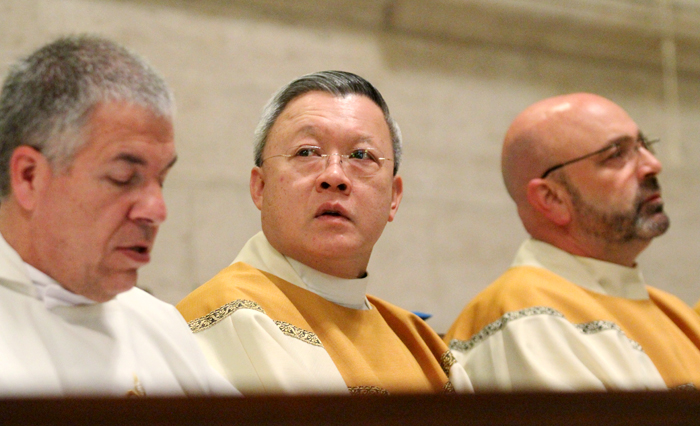 Msgr. Joseph Trinh (center) is pastor of St. Helena Parish in Philadelphia and a member of the class of 1991. 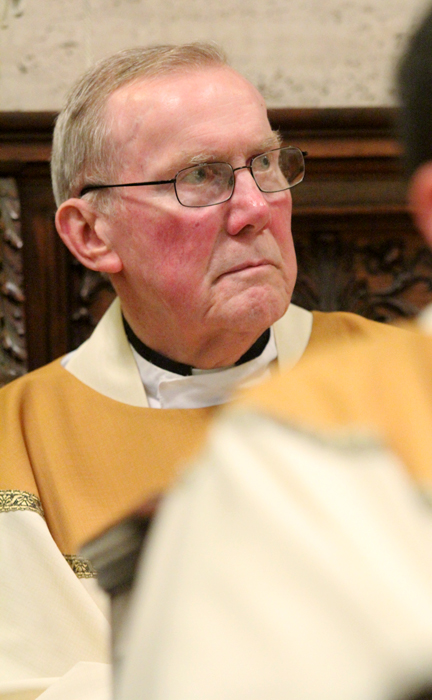 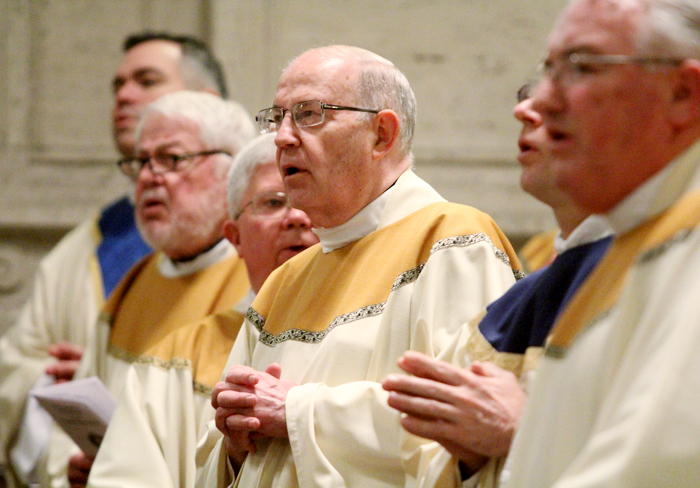 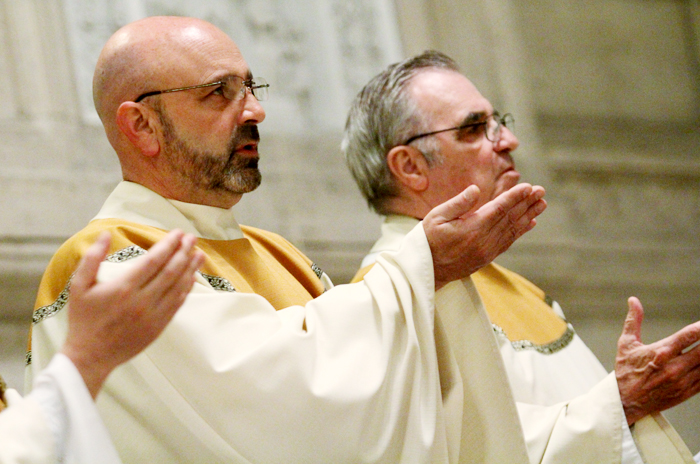