Pope: Before you judge, take a good look in the mirror 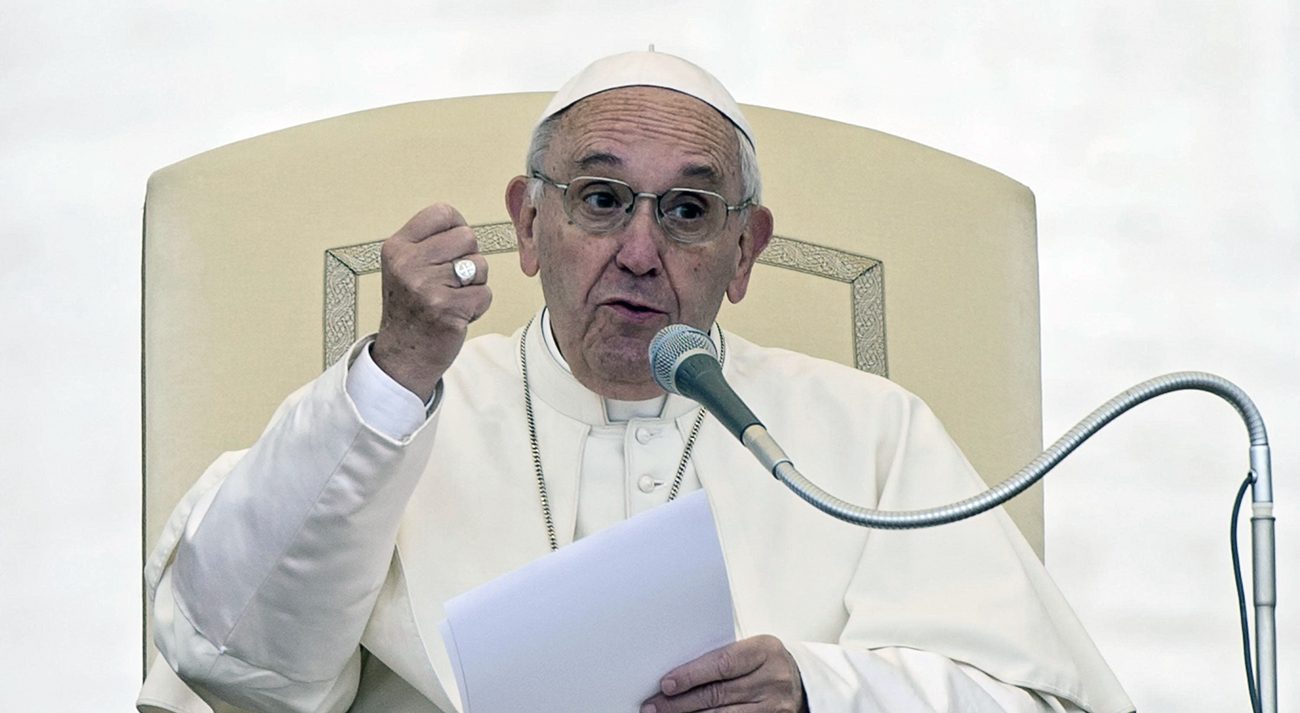 Pope Francis leads the jubilee audience in St. Peter's Square at the Vatican in this May 14 file photo. (CNS photo/Angelo Carconi, EPA)

VATICAN CITY (CNS) — Christians must take a good look at their own sins before calling out their neighbor’s faults, Pope Francis said.

The day’s Gospel reading from St. Matthew recounted Jesus telling his disciples to not judge so “that you may not be judged.”

“You hypocrite, remove the wooden beam from your eye first; then you will see clearly to remove the splinter from your brother’s eye,” Jesus says.

Pope Francis said it is clear that Jesus “gets a little bit angry here” and is reminding the disciples that those who judge put themselves “in God’s place.”

“This is why it is so awful to judge. Only God can judge, only him! We are called to love, to understand, to pray for the others when we see things that are not good and also to speak to them. But never to judge. Never. If we judge, this is hypocrisy,” he said.

When God judges, he judges with mercy, the pope said, adding that compared to God, “our judgment is a poor judgment.”

“Today, let us think about what the Lord tells us: Do not judge, lest you be judged. The measure, the way, the measure in which we judge will be the same used on us. And third, we must look at ourselves in the mirror before judging,” he said.

The Mass June 20 was the last scheduled with a small group of visitors until September. As in previous years, the morning Masses are not held in July and August.

PREVIOUS: To make sense of a broken world, we look to the face of Christ

NEXT: Readings of the holy Mass – Thirteenth Sunday in Ordinary Time