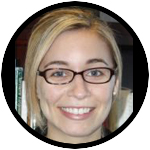 As the understanding around the particulars of House Bill 1947 grows, many have questioned the disparate treatment of public entities (like public schools and government) and non-profit or private entities (like Catholic parishes and schools).

Simply put, there remains in the bill inequitable treatment of public and private institutions, like schools. Non-public schools and non-profits will be exposed to retroactive claims dating back decades, while public entities can only be sued for abuse that occurs in the future. Private organizations could be sued for acts that occurred as long ago as the 1960s, while public schools and other public entities would only be liable moving forward.

Further, there is a separate, much higher standard of proof for public entities as well as monetary caps on how much public schools can be sued for, while no such caps exist for non-profit entities. Send a message to your elected officials about House Bill 1947 today.

Some raise the example of Penn State University as a public school that can and has been sued. Although Penn State receives government funding, it is not considered a government institution and would therefore not be protected by sovereign immunity.

HB 1947 treats public and private entities very differently, despite the fact that over 80 percent of Pennsylvania’s children attend public schools and the fact that child abuse has been recognized as an evil that exists in every aspect of society.

Here is a much closer look at the two classes of victims created by HB 1947:

* Only survivors of abuse in private non-profit institutions will be able to file a retroactive time-barred claim.  Public schools, juvenile detention centers, foster care facilities and other public entities would not be subject to retroactive claims, while private institutions could be sued for acts that occurred as long ago as the 1960s.

* Public entities can only be sued for abuse that occurs in the future. A child abused in a public setting just one day before this bill becomes law would not have the ability to seek a civil suit against the public entity.

* Public entities can only be sued for “gross negligence” with respect to abuse that occurs in the future. This is a higher burden of proof and provides greater protections to public entities. Private nonprofit organizations could be sued for acts that occurred as long ago as the 1960s, so long as a jury decides (in hindsight) that the organization might have been able to prevent the abuse. Actual knowledge that the perpetrator had a history of abuse would not be required.

* Private organizations can be sued retroactively for unlimited amounts of damages, including punitive damages. Public entities, on the other hand, are given caps on the damages that can be awarded against them and are not subject to punitive damages.

Because of its gravity, sexual abuse of children must be dealt with comprehensively and fairly. Any legislative remedy must protect all children, not simply penalize some institutions.

Send a message to your elected officials about House Bill 1947 today.

Joelle Shea is director of outreach for the Pennsylvania Catholic Conference, the public policy arm of the Catholic bishops of Pennsylvania.

PREVIOUS: Put down the phone and say hello to civility

NEXT: A life-giving idea: A place for those who need a kind listener