Put down the phone and say hello to civility 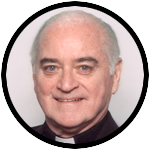 Cellphone obsession has become a serious epidemic and one that threatens our spiritual well-being.

Please give me a minute to explain. A neighbor gave her 14-year-old daughter a birthday party, and noticed how quiet the girl’s friends were, until she went into the room and found them all on their cellphones.

She was shocked and immediately reacted, “Put down those phones right now, this is supposed to be a party. Have some fun.” Later, after her daughter’s initial embarrassment, they all became normally boisterous and had a happy time.

Then there’s the recent practice some of us have witnessed, of zoning out during family meals. Focusing on the cellphone instead of on people in the room is discourteous and unacceptable.

Dinner is family time. It should be a loving exchange of ideas, and a sharing of feelings. Today, the family meal is treated by some as a pit stop. Youngsters have more important things on their minds than family unity.

I argue that there should be a rule in every home: no cellphones for one hour during the family meal. Family comes first and courtesy should be extended to all its members. Courtesy is politeness. It is having an attitude of respect toward others. This implies good manners, civility and respect.

But there are also other reasons to put the phone down. One of the more serious repercussions of cellphone obsession involves automobile accidents. Some throw caution out when driving and decide to text while on the road.

Texting while driving is taking a needless risk, and we are not just risking our lives when we do it, but the life of others. In this sense, it is a sin. We have always been taught not to put ourselves in the occasion of sin. To do so makes us vulnerable to possible disaster.

Some may question my use of the word sin in this context, but all sin involves actions that are displeasing to God. However, God loves you, and sin is doing something that hurts the one God loves. But there are things we can do to stop this. To start, parents who have allowed their children to have cellphones need to assert their authority. They have to insist upon courtesy in all things, which means the following: No cellphones during the dinner hour.

The rest of us have to pay attention to our own behavior. We don’t want to become like the type of people we sometimes encounter at the doctor’s office — focused more on record keeping than on the patient.

I’ve had the experience (several times) of having a medical professional open up a laptop, or click a few times on a computer mouse, type in some statistics, and while still looking at the screen, ask a few questions without looking up. Eventually they say a few words, but before you know it, the visit is over.

PREVIOUS: Sisters’ care is so good, people hope to be poor to get into their home