Feeling insecure? You’re not the only one, as social media shows 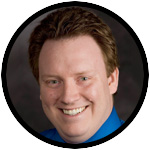 One of the great things about social media is that you get to keep in touch with people who otherwise may have exited your life.

One of those people for me is Jessica. We both attended John Carroll School in Bel Air, Maryland. She graduated two years after me. Not too long ago, we would have gone in different directions after high school and would have never seen or heard from each other again.

Thanks to social media, we’ve never lost touch. Over the internet, we’ve been casual acquaintances through cross-country moves, marriages, children and much more. I wouldn’t say we’re close-close, but we’re internet-close. In 2016, that means a lot.

Recently, she posted a question to her Facebook page, “What are a few things that were very traumatic/dramatic to you as a high schooler that might not seem so earth shattering to you today?”

The answers were revealing. One person mentioned feeling like a best friend is deserting you when they start to date. Another said she had been bothered when people talked about her. A third discussed the insecurity that comes from feeling like those around you are more athletic or better-looking.

Outside of the post, Jessica and I spoke more about the question. She currently works with at-risk teens in the Southwest. Her post stemmed out of a conversation she had with her students.

In all of the comments to Jessica’s post, one summed up the entire conversation best, “It’s amazing to me to read all these posts and realize how many people were struggling with things that I never realized. I thought I was the only insecure one!”

Those teen feelings never truly go away, but over time, we learn to see humor in situations that once caused angst. One day, you’ll see someone who needs to build themselves up by tearing you down and you’ll laugh. You’ll understand their insecurity can’t affect your happiness.

Reading the comments on Jessica’s post was also important for another reason. Reading each one became a minireunion. In those comments I saw names of friends I follow online but haven’t seen in years, but I also saw names of people who I am no longer in contact with, including the date to my senior prom.

Just as important, I saw names of people I’ve never met and never will. Despite their anonymity, their comments rang true because what they felt, what I felt and what you feel are emotions that unite us and bring us closer together — when we let them.

Keep this in mind as you look over your friend lists on all the various platforms that exist on your phones and computers. Remember those people from your past as the next social media innovation takes the world by storm. Don’t cut them loose. Bring them along for the ride.

One day, someone you haven’t seen for years in person and only see occasionally on social media is going to re-enter your life and touch it in a way you can’t imagine.

That’s the true power of communication in the 21st century.

PREVIOUS: Instruments of peace can become corroded by divisiveness

NEXT: Whether with plants or people, adoption helps growth of souls