Whether with plants or people, adoption helps growth of souls 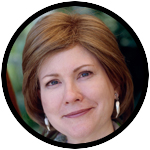 “Adopt a plant and you grow a soul.”

The ratty wooden sign with letters resembling the work of a kindergarten student hung precariously on the side of a very dilapidated truck. In better days, perhaps the vehicle had been capable of carrying multiple sheets of fragile glass on its slanted sides.

Those days were long gone; the truck looked as if it would collapse at any moment under the weight hanging from it — myriad pots and saucers and makeshift vessels, each holding a forlorn, sometimes large, plant.

I was driving by on a very busy street, so I didn’t have time to stop and investigate. I wish I had. The image has stayed with me for months, and a small scrap of paper with the slogan on the truck sign has stayed at the top of my “Write about me” pile ever since I scrawled it in passing.

“Adopt a plant …” First time I’d ever heard about that, although it does make sense. We discard leggy, past-their-prime plants all the time, dispatching them to the proverbial “mulch pit in the sky.” Yes, some do mulch, of course. Otherwise, it’s hard to recycle a plant. Adopt one? That’s a challenge, too.

I’ve had several plant rescues come my way, especially after I began seriously raising African violets for hybridizing and show.

Sometimes, I can snatch the poor thing from the brink, but other times — to the mulch pit it goes.

The trees on our block have been hit hard this winter. The drought here in California makes for odd ground when rain does fall, and a couple of the larger ficus have toppled, one onto the hood of someone’s car. Again, there was nothing to do but call the folks who saw and haul such things, leaving a hole to fill and less foliage to give shade when hot weather comes again.

All of this makes the idea of adopting a plant that much more intriguing. Taking in the troublesome “issues” along with a living thing that cannot talk, let alone otherwise communicate what’s wrong.

I already have enough to do with the plants I do have! I wish I could take some of that forlorn greenery and make it shine, but …

Almost 52 years ago, my parents (and God) gave me a tremendous present — they adopted Casey, and I finally had the baby brother I’d pestered them for. Of course, we had our sibling setbacks, but who doesn’t?

But I’ve always treasured the act that brought him into my life: My brother’s birth mother could have chosen another way. My parents could have thought it would be too difficult to adopt another person’s child. It all worked out, yes, indeed.

My brother died too young, and I miss him every day. But I also have a special place in my heart for adoption and the love and grace that come with it.

I hope I see the truck again. I have just the spot on my windowsill.

PREVIOUS: Feeling insecure? You’re not the only one, as social media shows

NEXT: If we want to limit abortion, don’t wait for government to do it