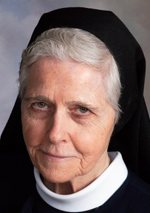 Immaculate Heart of Mary Sister Felice Marie Long, 77, died April 17 at Camilla Hall in Immaculata. She was in the 60th year of her religious life.

Born in Philadelphia, Sister Felice entered the Congregation of the Sisters, Servants of the Immaculate Heart of Mary in 1956 from St. Monica Parish and professed her vows in 1958.

She taught in elementary schools in the Archdiocese of Philadelphia. After 35 years of teaching, Sister Felice served in pastoral ministry in several parishes in the archdiocese. Her final assignment was at St. Gabriel Parish in Philadelphia where she was involved in parish outreach at the St. Gabriel Food Pantry. She retired to Camilla Hall in 2011.