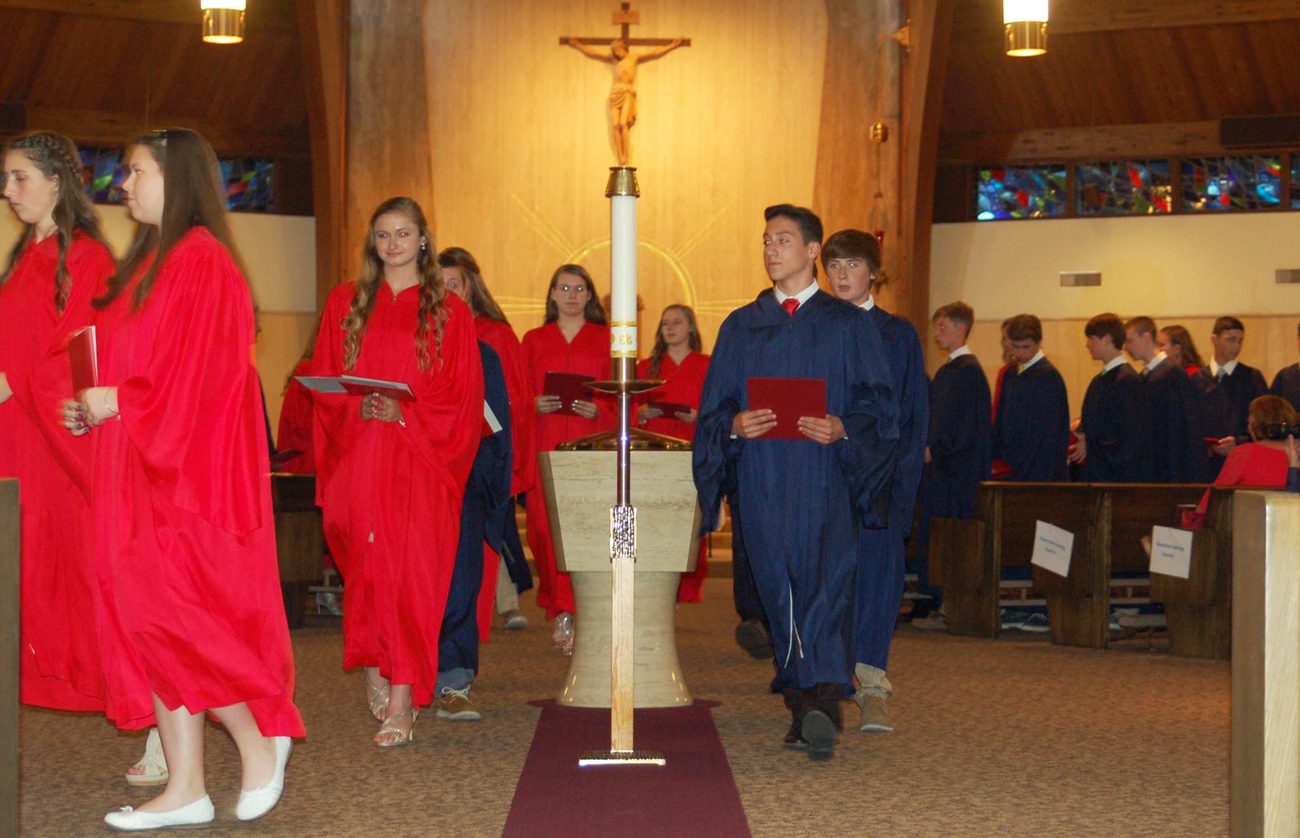 The eighth grade students graduating from Holy Cross Regional Catholic School in Collegeville celebrated their last day at the school with a Mass, reception and dance on June 14.

Family and friends cheered as the names were announced for the 69 students entering the Parisian-themed party hosted by the parents of current seventh graders.

Awards such as perfect attendance, reading olympics and FitnessGram were presented to deserving students. Eighteen altar servers were also recognized by the Knights of Columbus and the Serra Club for their faithful service to the school’s sending parishes, Sacred Heart in Royersford and St. Eleanor in Collegeville.

Two students, Grace Zeller and Jacob Zavrotny, demonstrated Christian values every day and were honored with the Elizabeth Beiber Award from the St. Eleanor Women’s Guild. Lauren Keefe was recognized with the St. Cecelia Music Award for outstanding service to the Liturgical Music Ministry.

The Excellence and Participation in Religion and History Award was given to Lauren Keefe and Derek Hammel. General Excellence was awarded to Liam Cotter and Outstanding Effort was presented to John Durrell.

Collegeville’s Philly Pretzel Factory owner Mike Lanza presented an annual anti-bullying scholarship to Chloe Young for her empathy and service to others.

Each of the scholarship recipients will attend Pope John Paul II High School in Royersford in the fall. 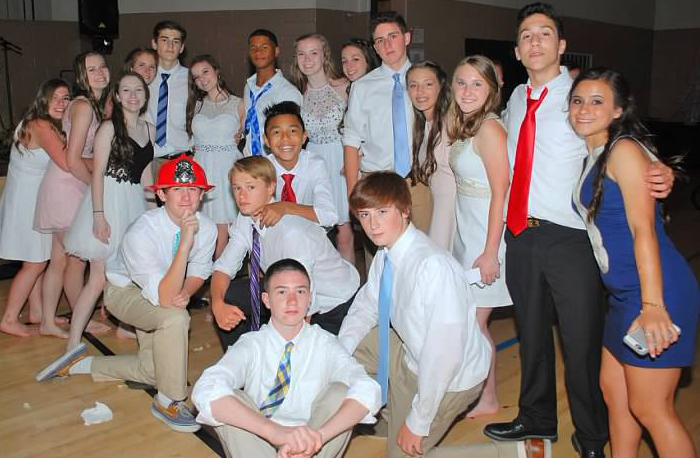 Students enjoy a school dance after their graduation from Holy Cross School.

NEXT: Ethnic, religious communities in archdiocese share food and fun at picnic