Miraculous Medal reminds us to stay close to Jesus 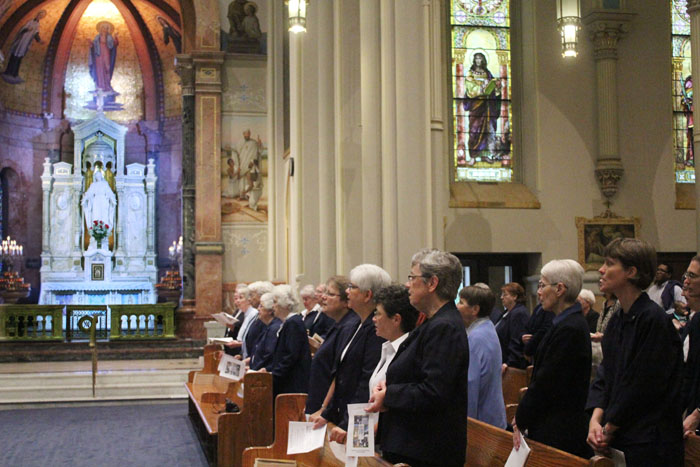 I received my first Miraculous Medal almost 30 years ago. I was 12 years old, and it was a confirmation gift from my mother.

Petals of gold wrapped around the medal itself, which bore the familiar image of the Virgin Mary atop a globe, her feet crushing the serpent and rays of light descending from her fingers. It had belonged to a great aunt, but now it was mine.

The gift came with a lengthy explanation from my mother about the history of the Miraculous Medal and Mary’s promise of blessings to those who wore it, as revealed by St. Catherine Laboure, who was visited by the Virgin Mary two times as a novice in 19th-century France.

“Don’t lose it,” my mother warned, roping the gold chain around my neck.

I never took it off. But truth be told, I did lose it eventually. When I was about seven months pregnant with my third child, it slipped from my neck, bounced off my belly and disappeared into the water during a vacation in Florida.

The medal itself is gone, but I’ve never lost my belief in the power of Marian apparitions like the one witnessed by St. Catherine.

I believe these appearances over the centuries have provided a needed nourishment of our faith, both on a larger scale and individually. They remind me that even on days when the struggle seems all too real, I have an infinite supply of spiritual support to lean on.

(To be clear, I’m talking about Marian apparitions that have been approved by the church, not the random declarations of those purporting to see Mary on their slice of buttered toast.)

The way I see it, these apparitions — like those at Fatima, Guadalupe and Lourdes, among others — are a nonsecular shot in the arm for the faithful. They offer a surprise for a world that thinks it already has it all figured out.

And perhaps that’s why many people are quick to dismiss these apparitions. They want something tangible, but faith is rarely that easy. We may believe a groundhog can predict an early spring but dispute the idea that the mother of Our Lord would present herself to someone.

Mary’s appearances may be unexpected, but her message is not — that penance and prayer are powerful antidotes to evil. By all accounts of these apparitions, it’s never Mary proclaiming her own awesomeness.

Rather, she reminds us that Jesus is always the answer to even the most confounding questions. And she offers to advocate for us through prayer.

One of the things I love about Mary is that she’s like the really cool friend who sees a better version of ourselves than we do, and who wants to help us get to where we need to be.

We may wonder what we did to deserve it. It’s simple — we believe in her Son.

That she has appeared to people who are poor, young and disadvantaged — those who lack the traditional trappings of the material world — makes it even more powerful.

As a little kid in Catholic school, I loved hearing the story of Our Lady of Fatima because she appeared to Lucia, Francisco and Jacinta — children just like me.

For a girl who spent much of the fourth grade wanting to be a saint, I was hopeful that Our Lady might grace me with her presence. (She didn’t, for the record.) But her appearance to children made her more accessible in my mind.

Obviously, I’m the not only one who feels this way, judging by the millions of people who have made pilgrimages to the sites of these apparitions. And that connection to others also can help us grow in our faith.

I remember feeling a kinship with strangers when I attended Mass at the Knock shrine in Ireland on my honeymoon. We all experience our faith in different ways, yet here we were together celebrating Jesus because of what his mother did.

That’s the great part about Mary’s apparitions. They don’t call us to believe in her.

They call us to believe in Christ.

PREVIOUS: Mary’s appearances on Earth lead all to belief in Christ

NEXT: Devotion to Mary stems from earliest days of the church