How do we respond to the anger in our nation?

Becoming what we receive, for better or worse 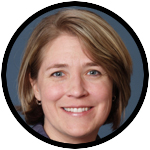 The Pennsylvania House of Representatives adjourned for the summer without taking further action on House Bill 1947. The initial bill passed by the House in April proposed to remove the criminal statute of limitations (SoL) for childhood sexual abuse, raise the civil SoL from age 30 to 50, and allow lawsuits against public institutions moving forward.

It also would have retroactively extended the civil SoL from survivor’s age 30 to age 50, but only against private institutions like churches and non-profit organizations.

In June, the state Senate stripped out the provision that would have retroactively nullified the civil statute of limitations for childhood sexual abuse cases from decades ago. The Senate cited conflicts with Pennsylvania’s state constitution as the reason for the change.

They also amended the bill to prospectively allow abuse survivors up to age 50 to sue either public or private entities under an equal standard of proof, and allow survivors to sue in certain cases beyond age 50. The bill maintains the prospective elimination of the criminal statute of limitations.

Because the bill was amended in the Senate, it must be ratified by the House before going to the governor for his signature. The House can concur with the amended bill with an up/down vote, amend it again which would send it back to the Senate, or choose not to consider it, letting the legislation expire at the end of the session. It now awaits approval to proceed from the House Rules Committee.

The debate over statutes of limitations has been emotionally charged and difficult for many, but it may be particularly painful for survivors of abuse. As we discuss the issue in the public square, we must all remember to stress that help is available to them. All 10 Pennsylvania dioceses financially cover the expenses of counseling or treatment services offered through local resources, including those not affiliated with the Church.

Anyone who is abused should immediately contact law enforcement and anyone who is struggling should contact their county’s crime victim support services office and/or the diocese to obtain the necessary help, or a group like www.MaleSurvivor.org  www.1in6.org, www.rainn.org, and others.

No matter the final resolution with the legislation, the Catholic Church will honor its sincere commitment to the emotional and spiritual well-being of individuals who have been impacted by the crime of childhood sexual abuse, no matter how long ago the crime was committed.

To date, Pennsylvania’s dioceses have spent more than $16.6 million on victim/survivor assistance services to provide compassionate support to individuals and families. Tens of millions more has been negotiated in financial settlements with survivors who sought that type of resolution. We will continue to offer support and assistance as long as it is needed. Learn more about assistance for childhood sexual abuse survivors here.

NEXT: All lives matter, and the death penalty is especially unjust