Talking up the good news of Catholic education 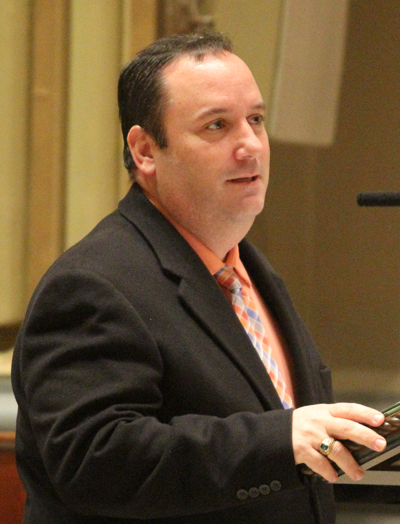 Christopher Mominey, secretary for Catholic Education and chief operating officer of Faith in the Future Foundation. (Photo by Sarah Webb)

Christopher Mominey, who has just completed his third year as Chief Operating Officer and secretary of the Archdiocese of Philadelphia’s Office for Catholic Education, in a wide-ranging interview said the task has absolutely filled his every expectation.

Working with Archbishop Charles Chaput, Auxiliary Bishop Michael Fitzgerald who oversees archdiocesan education, and Faith in the Future Foundation, “I have loved every minute of it,” he declared.

In only several weeks another school year will begin, and while last year enrollment was fairly even year to year, he is hoping for a modest increase this coming year but concedes there is still a lot of work to be done to make that happen.

Mominey points to exciting new initiatives in the archdiocesan high schools, and credits Immaculate Heart Sister Maureen Lawrence McDermott, who is beginning her second year as secondary school superintendent, for shaking things up.

“She is really focused on critical reading skills for the kids and professional development for our teachers,” he said.

The STEM (Science, Technology, Engineering and Math) programs are taking root in the high schools and even the elementary schools through such offerings as robotics programs, he noted.

A new program in some of the high schools is the JVLA (Jesuit Virtual Learning Academy), which comes out the University of Seattle and permits schools to offer a variety of online courses for credit they might not be able to offer, from Arabic to bioethics to computer game science.

“It allows us to expand our offerings without great expense; the course can have one kid or 20 kids,” Mominey said.

The more traditional-minded students might try a program at Cardinal O’Hara called the Regina Chesterton Academy, which together with the Regina Academies offers a rigorous classical program within the curriculum.

The professional development of teachers is important, Mominey believes, along with an understanding of how kids learn today. And it is not about rows of seats and a black board.

The students are digital natives born in a digital world and today’s education is about Chromebooks and tablet computers because that is what the students know and expect.

“That is what we have to deliver to them,” Mominey said. Also, today’s parents expect their children to be in smaller classrooms with more individual attention and that is what Catholic schools deliver, perhaps 20-1 student-teacher ratio. 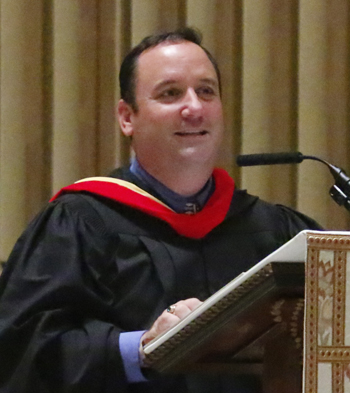 A difference today is the fact that so many students are coming into the schools that either are not Catholic or just nominal Catholics.

“It is a huge challenge and we have to address it in different ways,” he said. “We are blessed to still have so many priests and sisters still present to be sort of the models and chief evangelizers, but we know there are not as many as in the past.”

For this reason it is really impressed upon the teachers that they are in a sense missionaries and role models.

“In the language of Pope Paul VI, our kids need much more witnesses than they need teachers,” Mominey said. “The second thing is we have strong retreat programs in the schools. We put out the Kairos Retreat model and the kids really get enthusiastic about their faith.”

The schools also try to plug into family life by offering parents spiritual opportunities, although it is not the intent to substitute the school for the parish.

“We want to enhance what the parishes do,” Mominey said. “We are first and foremost Catholic and we want our students to be engaged in their parish, but it is not without its challenges and it’s an uphill battle sometimes.

“Parents might say, ‘My kids go to Catholic school all week, they need the weekend off, they don’t have to go to church.’ For us, I think the number-one priority is to enhance the life of the local church in the parishes by an education to the kids,” he said.

No discussion of Catholic schools is complete without taking into account the finances. It is axiomatic that school enrollment declines in direct proportion to increases in tuition.

“We have to compete on quality,” Mominey said. “We have to continue to assure our parents that for their investment, the education they are getting is well worth it.”

In the high schools, where the parents might be paying $32,000 to $40,000 over four years, it is really an investment. When it comes time for college that investment can give the graduates an edge, Mominey suggests, and the archdiocesan high schools do well in terms of college placement and scholarship funds offered to the grads.

“We are trying to get parents to look at our tuition assistance programs,” he said. “Our goal is to make Catholic education always affordable to anyone who seeks a Catholic education and not turning folks away for the sole purpose of finances. We are grateful to BLOCS for this, and if parents need help they should really contact them.”

NEXT: Phila.-area youth ready to join thousands in Poland for World Youth Day