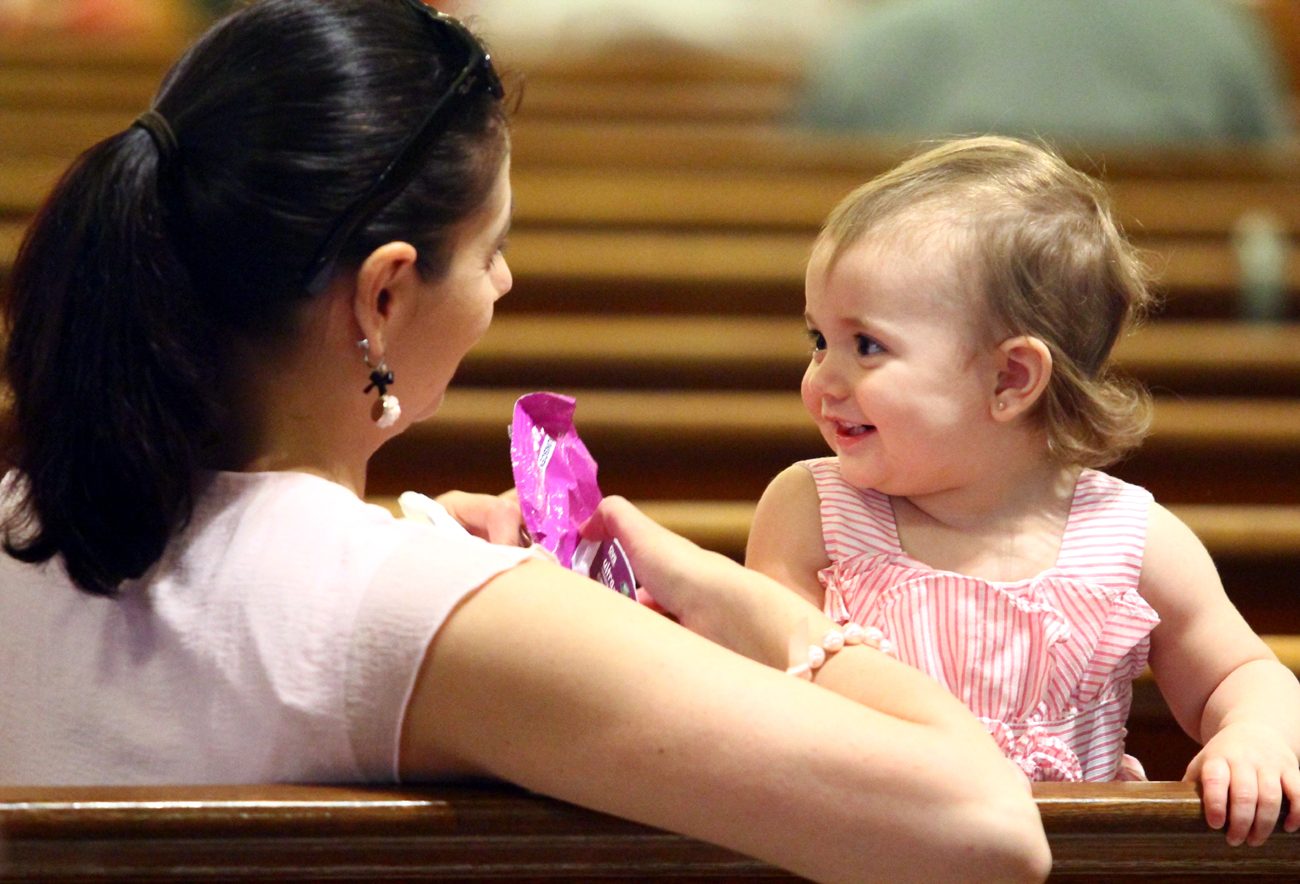 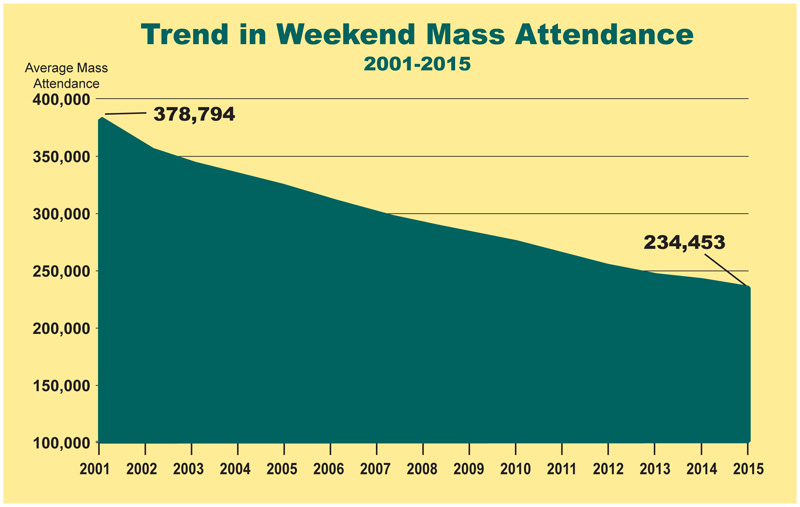 The head count of Mass attendance taken in all parishes of the Archdiocese of Philadelphia on the four weekends of October 2015 shows the annual decline that has been reported annually since the mid-1980s may be showing signs of slowing but it has not been halted. Clearly, if there was to be an upward bump in the wake of the visit by Pope Francis to Philadelphia, the previous month, it didn’t happen.

Last year’s figures, by physical count, showed 234,453 worshipers on the average October weekend. This is just 20 percent of the Catholics registered in the parishes, according to annual reports given by the pastors.

While the count is done in an optimum month with generally good weather, the vacation season over and no major holidays, the fluctuations are not easily explained. Obviously rainy October weekends can have an effect in a given year.

Has the clergy scandal affected church attendance? Some polls suggests it has.

What about parish closings? Clearly this is usually done by necessity because the closed parish is in decline and there is a shortage of clergy. But statistics show many parishioners do not join the surviving parish. Are they going to another parish or did they stop going to church?

13,507 Catholics in the archdiocese are attending Sunday evening Masses. “There are changes in family life and work life and (parishes) are adjusting to it,” said a church official.

One small caveat: the October Count does not include those who might be attending Mass at such locations as a college or convent chapel, a monastery, a hospital or nursing home, a military post, prison or other institution. Those numbers, however, would not make a significant difference.

The Cathedral Basilica of SS. Peter and Paul (66 percent), St. John the Evangelist (94 percent) and Old St. Mary’s (44 percent) are in the center city business and historic area with many nonregistered visitors to help fill the pews. The cathedral of course also attracts because it is a cathedral.

Nearby St. Patrick’s (72 percent) also draws visitors, but in addition it is favored by non-registered students and grad students from the University of Pennsylvania and Drexel University, some of whom are young married couples with children.

St. Peter the Apostle (45 percent) has the added attraction of the Shrine of St. John Neumann. St. Rita of Cascia in South Philadelphia (now the Shrine of St. Rita), also favored by pilgrims, posted 42 percent at Mass. Holy Redeemer, with a Chinese congregation, had 45 percent attendance.

In the heart of University City, St. Agatha-St. James (206 percent) packs them in. Who says young people don’t go to church? The same can be said for St. Francis de Sales (44 percent) further west of the college campuses.

St. Veronica (312 percent) is a heavily Latino parish in North Philadelphia where most of the people who come are technically in other parishes or have not officially joined (registered in) the parish.

St. Helena (63 percent) in the Olney neighborhood is a dynamic multicultural parish with Masses in English, Spanish and Vietnamese. St. Charles Borromeo, South Philadelphia, is a small but loyal parish at 76 percent. St. Agnes-St. John Nepomucene, a very tiny Slovak parish, had 48 percent attendance through the devotion of its late pastor, Father Francis Lendacky.

St. Andrew in Newtown (40%), the super-parish of the Archdiocese of Philadelphia with 7,968 weekly worshipers, was one of the few parishes to offer both a Saturday evening and Sunday evening Mass.

“That is really a trend,” said Evelyn Brannan Tarpey, associate for pastoral planning with the archdiocesan Office for Parish Service and Support. “Pastors are trying to offer Masses at convenient times for their parishioners.”

At this time, according to the statistics, 13,507 are attending the Sunday evening Masses. “There are changes in family life and work life and they are adjusting to it,” Tarpey said.

For example, it used to be babies were baptized within weeks of birth. Now many couples are waiting until later, Tarpey notes, and parishes should be looking to see the children are baptized when the parents are ready.

Part of that adjustment is looking at the newcomers in the parish. Are they comfortable in English or is there a need for Masses in other languages? Tarpey points to the multitude of Masses offered in other languages with some parishes having three or four different languages.

The 20 percent Mass attendance average posted by the Archdiocese of Philadelphia really isn’t different from the rest of the country, Tarpey said.

But exciting things are happening. Maybe there should be a seminar where pastors and councils of some of these dynamic parishes that are still packing the pews could explain what has worked for them.

PREVIOUS: Knights of Columbus call for nine days of prayer for peace