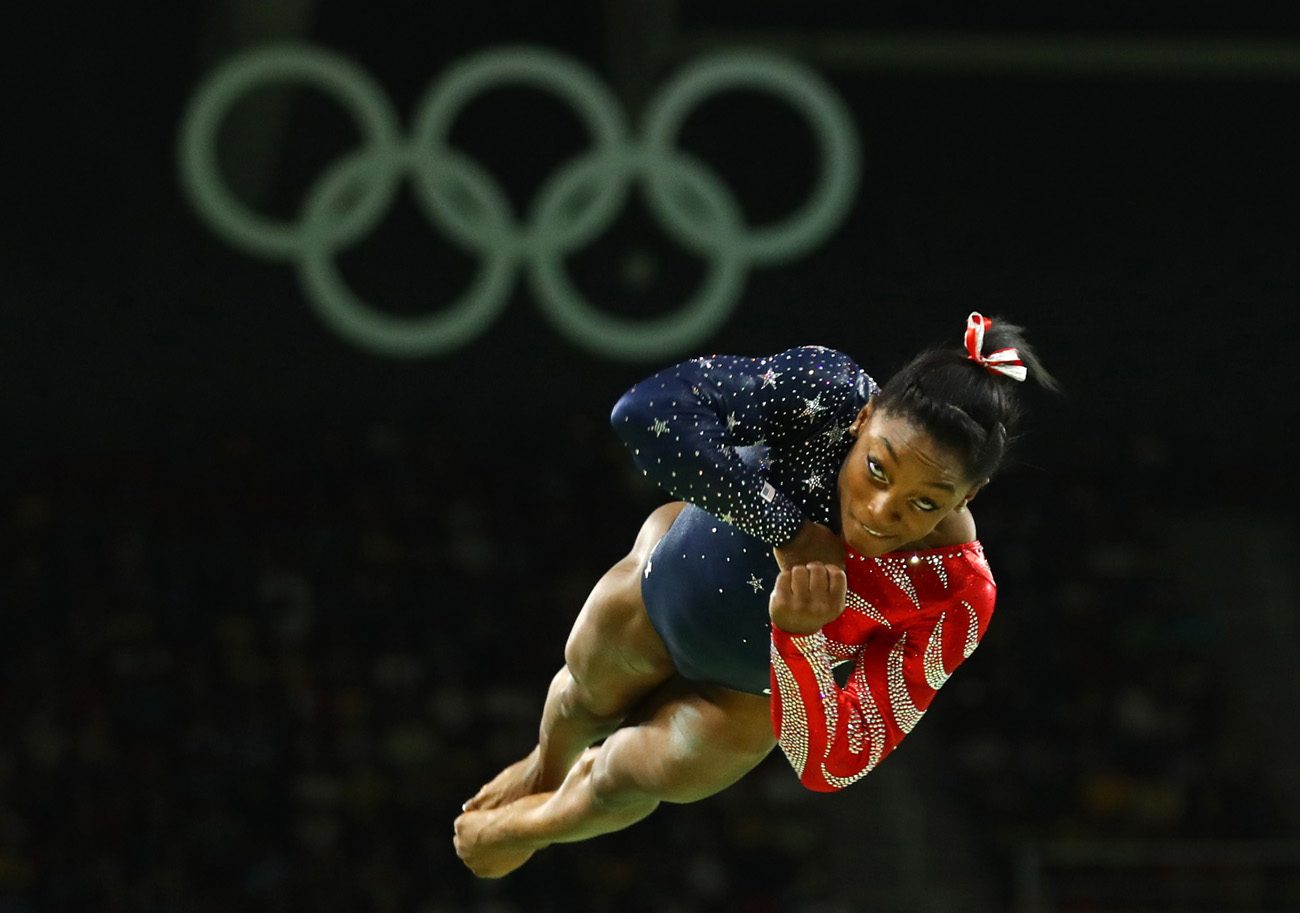 RIO DE JANEIRO (CNS) — U.S. Olympic gymnast and gold medalist Simone Biles says when she travels, she sometimes takes with her a statue of St. Sebastian, the patron saint of athletes, and she also carries a rosary her mother gave her.

Biles, who won gold in the women’s gymnastics all-around competition Aug. 11 and helped lead the U.S. women to a team gold Aug. 9, made those comments to Us Weekly.y.

“My mom, Nellie, got me a rosary at church. I don’t use it to pray before a competition. I’ll just pray normally to myself, but I have it there in case,” the 19-year-old told the magazine in a July 8 interview.

Her remark about her patron saint was part of a list in an Aug. 9 article about Biles posted by the magazine online with the headline, “25 Things You Don’t Know About Me.”

Biles’ hometown is Spring, Texas, which is in the Archdiocese of Galveston-Houston. The London-based Catholic Herald described her as “a Sunday Massgoer.” Other news accounts said that Sunday is the only day she does not practice gymnastics so she can go to church with her family at St. James Catholic Church in Spring.

According to several news reports, Biles was born in Columbus, Ohio, to parents who were drug addicts. Her father left and young Simone bounced back and forth from her mother’s house to foster homes. When she was 5 or 6, her grandparents, Ronald and Nellie Biles, adopted her and her younger sister, Adria, and they moved to Texas.

According to her bio on the Team USA website, www.teamusa.org, Biles was homeschooled. Besides a sister, she has two brothers, Ronald and Adam.

Her interest in gymnastics took hold 13 years ago. “My first experience with gymnastics was when I was in daycare. We took a field trip to a gym and I was hooked,” she told Us Weekly.

But she added: “Gymnastics is just one part of my life, and I’m having as much fun with it as possible. At some point, I’ll have to go get a real job.”

Her favorite routine is the floor, she said. Biles is described as determined, disciplined and something of a perfectionist.

“She’s always been headstrong,” her mom, a retired nurse, told Texas Monthly magazine. “When she makes up her mind, it’s, like, oh my gosh — the whole world could be upset and she’d still do it. My other kids would listen. Her, no. She makes her mind up and that’s it.”

Biles is expected to take home the gold in individual events still to come. She and her Rio teammates — Laurie Hernandez, Aly Raisman, Gabby Douglas and Madison Kocian — nicknamed themselves “The Final Five.” Their margin of victory for the gold in the team event was 8 points. Russia took home silver and China took bronze.