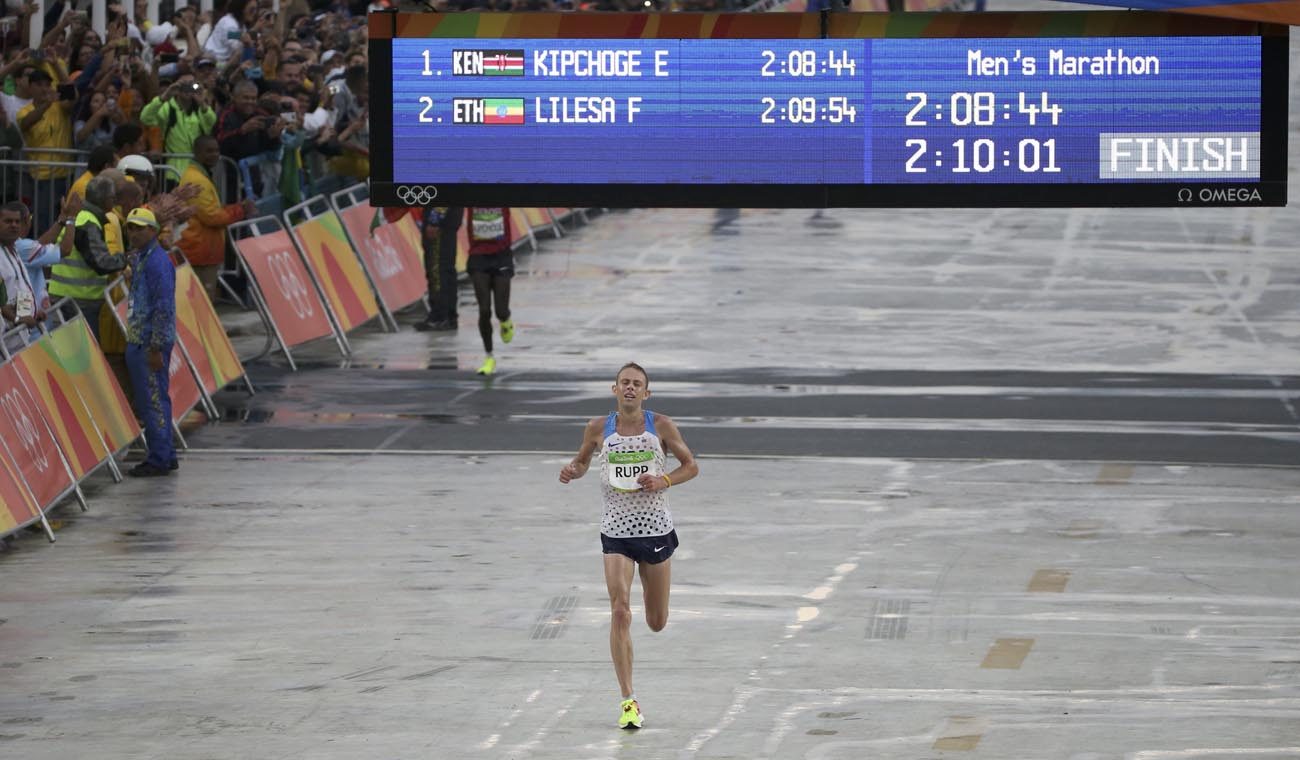 On the final day of the 2016 Rio Olympics Aug. 21, Rupp became the first American-born athlete to medal in the marathon in 40 years as he earned the bronze. As he crossed the finish line, the graduate of Central Catholic High School in Portland made the sign of the cross.

It was Rupp’s second competitive marathon.

Four years earlier in the 2012 London Olympics, he accomplished a similar feat when he became the first American-born runner to win a medal in the 10,000 meters in 48 years. In that race, he took the silver, narrowly missing out on the gold to his friend and training partner Mo Farah of Great Britain.

The defining moment of Rupp’s career, however, may have occurred Aug. 13 during the finals of the men’s 10,000-meter race at the Olympics in Rio.

Ten minutes into the race, Rupp’s foot inadvertently clipped the back of Farrah’s foot. The two were nestled inside a pack of runners at the time. Farah tumbled to the track. 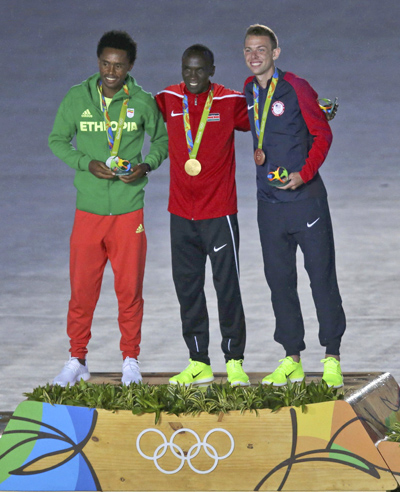 “I thought my dream was over,” Farah said to BBC Radio after the race. Farah was an overwhelming favorite to repeat as gold medal winner. Rupp, the American record holder in the event, was a strong medal contender.

Rupp didn’t fall. Momentum pushed him as well as other runners in front of Farah as he rolled on the track. It was a chance for all runners to take tactical advantage and gain ground on Farah. The fall could have opened up the race for a new champion.

Instead, Rupp slowed and turned to Farah as he rose to his feet and fought to regain his stride. Rupp encouraged his friend and competitor as Farah shook off the fall.

“I told him to get behind me after that and I’d help lead him back up,” Rupp told media following the race.

Farah did regain his stride. With one lap to go, Farah, Rupp and Kenyan Paul Tanui were battling for the lead. Farah outsprinted Tanui in the final 100 meters to win gold. Rupp faded to fifth place, about two seconds out of medal contention.

Rupp knew that the final lap was critical. In the past, Rupp has often tried to open a gap between himself and other international runners since races at that level are often won in the final lap. Since he had also qualified for the Marathon in Rio, he had to balance speed training with endurance training while preparing for both events. His kick was not as strong as it has been in the past when he focused solely on shorter races. 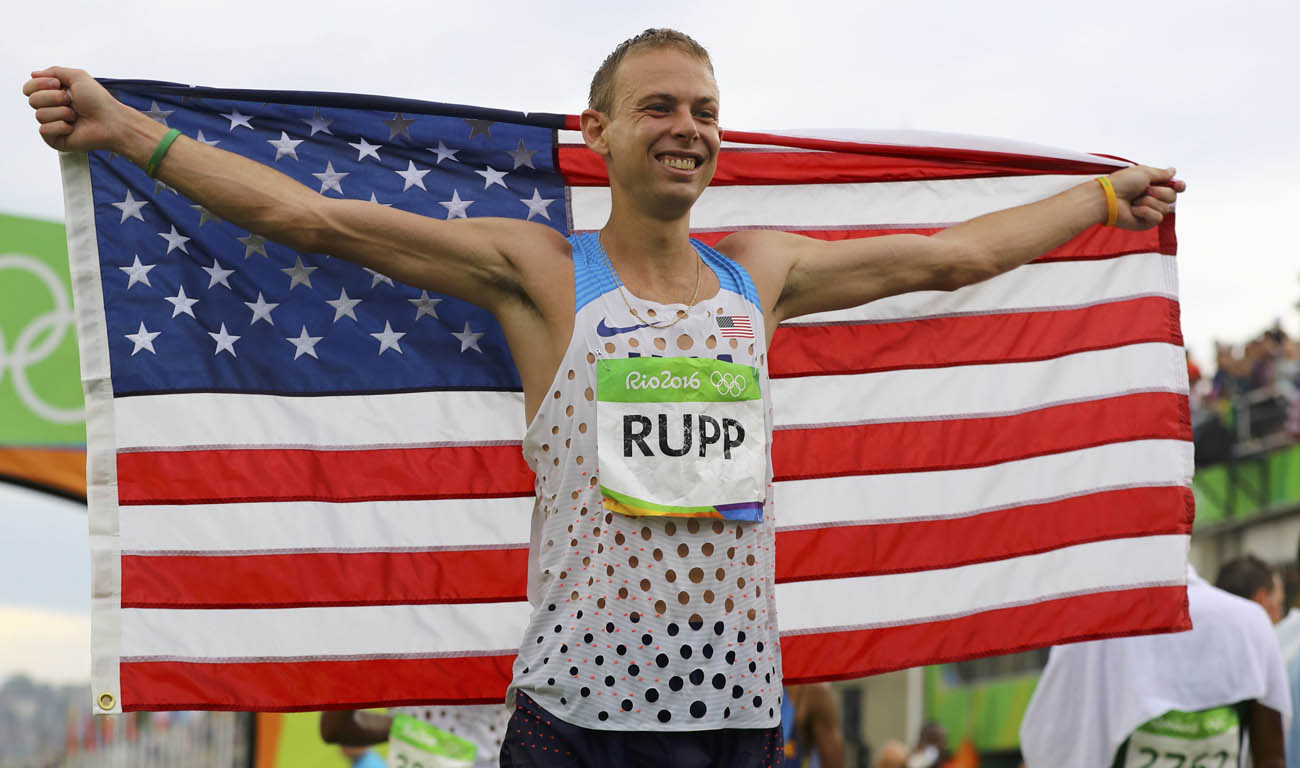 Rupp had a choice to open that gap after Farah’s fall or help his fellow Oregon Nike Project running partner. The choice he made may have hurt Rupp’s chances at a medal. For those close to Rupp, his choice came as no surprise. He has been admired throughout his career as an honest, compassionate competitor who is motivated by his Catholic faith.

“All the pressure and limelight that’s on him, sometimes bad and sometimes good, he just doesn’t care,” said Salazar.

“He pushes it aside and says, ‘I care what my friends and my family and what God thinks. What other people think, I can handle that, I can’t change that, and I’m just going to go forward.’ He does a better job at that than anyone.”

By attempting to medal in both the marathon and 10,000 meters in the same Olympics, Rupp, 30, was attempting to make yet another mark on history. Only Czechoslovakian Emil Zatopek has accomplished the feat when he won the 5,000, 10,000 and the marathon at the 1952 Olympics in Helsinki.

In an era when stories abound showing athletes with a win-at-all-cost mentality, Rupp appeared to achieve greatness by valuing friendship above competition.