Promoting the common good in the public square 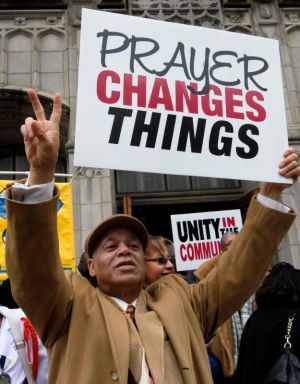 What happens in a society when violent killings escalate to the point of becoming commonplace?

Reports of killings that defy understanding occupy an alarmingly prominent place almost daily in the news. “Every corner of our land is in the grip of terror fueled by anger, hatred and mental illness, and made possible by plentiful, powerful weapons,” Chicago’s Archbishop Blase J. Cupich remarked in July.

Well-known recent killings in the U.S. took the lives both of law enforcement officers and African-American citizens, and sparked racial unrest. The killings signaled that all is not well in society.

The same is true of the violence perpetrated by those claiming to act in Islam’s name, which at times paves the way to anger directed at other, entirely nonviolent Muslims.

These are among signs of the need to devote attention to the common good and what living together in the public square requires.

“The common good is about how to live well together. It is the whole network of social conditions which enable human individuals and groups to flourish and live a full, genuinely human life,” the British Catholic bishops have explained.

Countless issues in the public square challenge citizens in this regard. People are divided by convictions related to care for the elderly, the unborn, immigrants, capital punishment, the poor, just wages or health care.

Notably, each of those issues commands attention among Christians as a moral matter.

But that brief list includes only a few of the issues that prompt citizens to wonder whether it genuinely is possible to live interdependently and respectfully alongside others with whom they may disagree on important matters.

The difficulty of living well together leads some to participate minimally in society. Fear and anger partly explain why they do not fully engage life in the public square.

A sense of futility is felt by others — the sense that their voices go unheard in the public square and, perhaps, that even their vote doesn’t really count.

But “we are not created for futility,” said the British bishops. “At the heart of the common good,” they insisted, “solidarity acknowledges that all are responsible for all, not only as individuals but collectively at every level.”

When clear signs indicate that people are not living all that well together in a society, an alarm begins to sound repeatedly. Leaders of communities that fulfill essential roles in people’s lives speak out. Pay close attention to the state of society, they urge.

The time has arrived, Archbishop Cupich suggested, “to learn what unites us and put aside what divides us.” It is necessary, he said, that hearts and minds change.

In light of recent killings and current racial tensions, he encouraged citizens to assemble and “keep assembling until our leaders have the courage to take the actions that will make these tragedies less likely.”

Some would characterize the archbishop’s words as a call to faithful citizenship — a call to participate actively and effectively in the public square.

The role they should fulfill in the public square has challenged and perplexed Christians since the time of the church’s birth. They always asked how it is possible both to serve God faithfully and look forward to a life to come, while committing themselves to make the world here and now a better place.

Thus, many Catholic leaders today are proposing a question to people of faith that goes something like this: What does it mean at this difficult moment in time to serve society as followers of a Lord known for his love and recognized clearly as a healer?

One risk for Christians is that they, like many others, will become desensitized by frequent reports of violence and, in effect, begin to ignore them.

Atlanta Archbishop Wilton D. Gregory expressed this concern in August, mentioning recent “brutal killings of persons of color, of police and first responders, of innocent bystanders, or members of the LGBTQ community in clubs, young students in schools, shoppers in malls and folks just watching a movie at a cinema.”

Catholic faith and love of country “compel us to resolve to address the issues that lie beneath these acts,” he wrote. But “a disservice” is done if we are not seriously resolved “to address the roots of violence.”

Church leaders stress that resolving these kinds of issues demands commitment to the common good, which, in turn, demands respect for every person’s human dignity.

Pope Francis mentioned the common good five times when he addressed the U.S. Congress in September 2015.

With the common good in mind, he exhorted legislators to “treat others with the same passion and compassion with which we want to be treated,” to “seek for others the same possibilities we seek for ourselves” and to “help others to grow as we would like to be helped ourselves.”

NEXT: The church and the political process: ‘Involved but not partisan’