The church and the political process: ‘Involved but not partisan’ 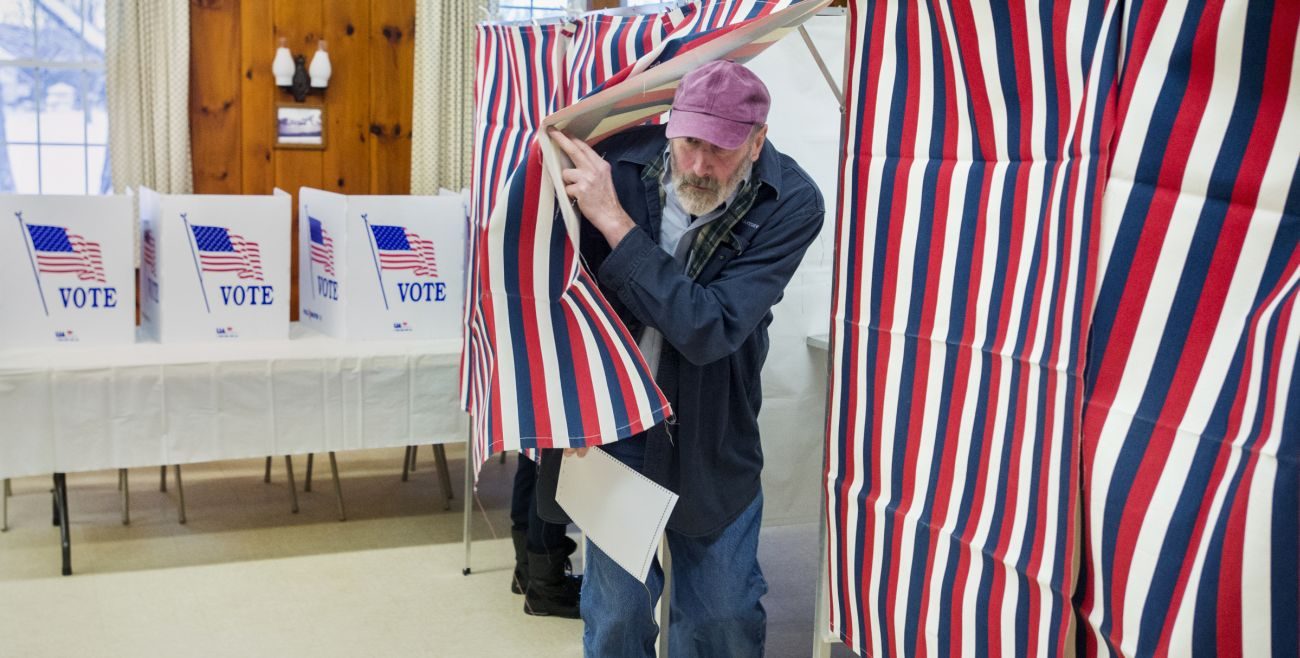 More than a few Catholic voters in the United States would be delighted if their pope, their bishop, their pastor or someone “in authority” would tell them, come Election Day, whom to vote for, and maybe even why.

That is not going to happen, much to those individuals’ disappointment, but much to the relief of Catholic voters who — like most non-Catholic voters — prefer to make up their own minds in the voting booth, though they are not opposed to some in-advance education and enlightenment on how the church regards today’s key issues.

So it is that the U.S. Conference of Catholic Bishops presents “Forming Consciences for Faithful Citizenship,” its teaching document on the political responsibility of Catholics, which educates but does not direct Catholics on whom to vote for.

“The church is involved in the political process but is not partisan,” the bishops state in the document’s updated 2015 version (No. 58). “The church cannot champion any candidate or party. Our cause is the defense of human life and dignity and the protection of the weak and vulnerable.”

To defend human life and dignity, and protect the weak and vulnerable, the bishops make clear, is the responsibility of all Catholics — and an answer to those inside and outside the church who wonder why the church doesn’t stay out of “politics.”

“As a people,” the document states, “we face serious challenges that are both political and moral. This has always been so and as Catholics we are called to participate in public life in a manner consistent with the mission of our Lord, a mission that he has called us to share” (No. 1).

The bishops cite the teaching of Pope Francis to stress their point:

“An authentic faith … always involves a deep desire to change the world, to transmit values, to leave this earth somehow better than we found it,” says the pope in “Evangelii Gaudium” (No. 183).

“The earth is our common home and all of us are brothers and sisters. If indeed the ‘just ordering of society and of the state is a central responsibility of politics,’ the church, ‘cannot and must not remain on the sidelines in the fight for justice.'”

Thus, our bishops state, “building a world of respect for human life and dignity, where justice and peace prevail, requires more than just political commitment. … Participation in political life in light of fundamental moral principles is an essential duty for every Catholic and all people of goodwill” (No. 57).

As people of both faith and reason, the bishops said in their 2007 introduction to “Forming Consciences for Faithful Citizenship,” Catholics are called to bring truth to political life and “to practice Christ’s commandment to ‘love one another’ (Jn 13:34).”

They further cited the encyclical, “Deus Caritas Est,” of Pope Benedict XVI: “Charity must animate the entire lives of the lay faithful and therefore also their political activity, lived as ‘social charity'” (No. 29).

The updated document takes into account recent developments in U.S. domestic and foreign policy — among them, “the ongoing destruction” of life through abortion, physician-assisted suicide, the “redefinition of marriage,” the “excessive consumption” of material goods, the destruction of natural resources, deadly attacks on Christians and religious minorities throughout the world and “a broken immigration system.”

But whether certain political attitudes and positions reflect or oppose Catholic teaching, the bishops warn Catholics against selective usage of “Forming Consciences for Faithful Citizenship.”

“This document is to be read prayerfully and in its totality,” they write. “It would be a serious mistake — and one that occurs with regrettable frequency — to use only selected parts of the church’s teaching to advance partisan political interests or validate ideological biases.

“All of us are called to be servants to the whole truth in authentic love, and it is our fervent hope and prayer that this document will provide aid to all those seeking to heed this call.”

So read, reflect, pray — and vote.

PREVIOUS: Promoting the common good in the public square

NEXT: Being a faithful citizen