Black Catholics talk up plans for national meeting this summer 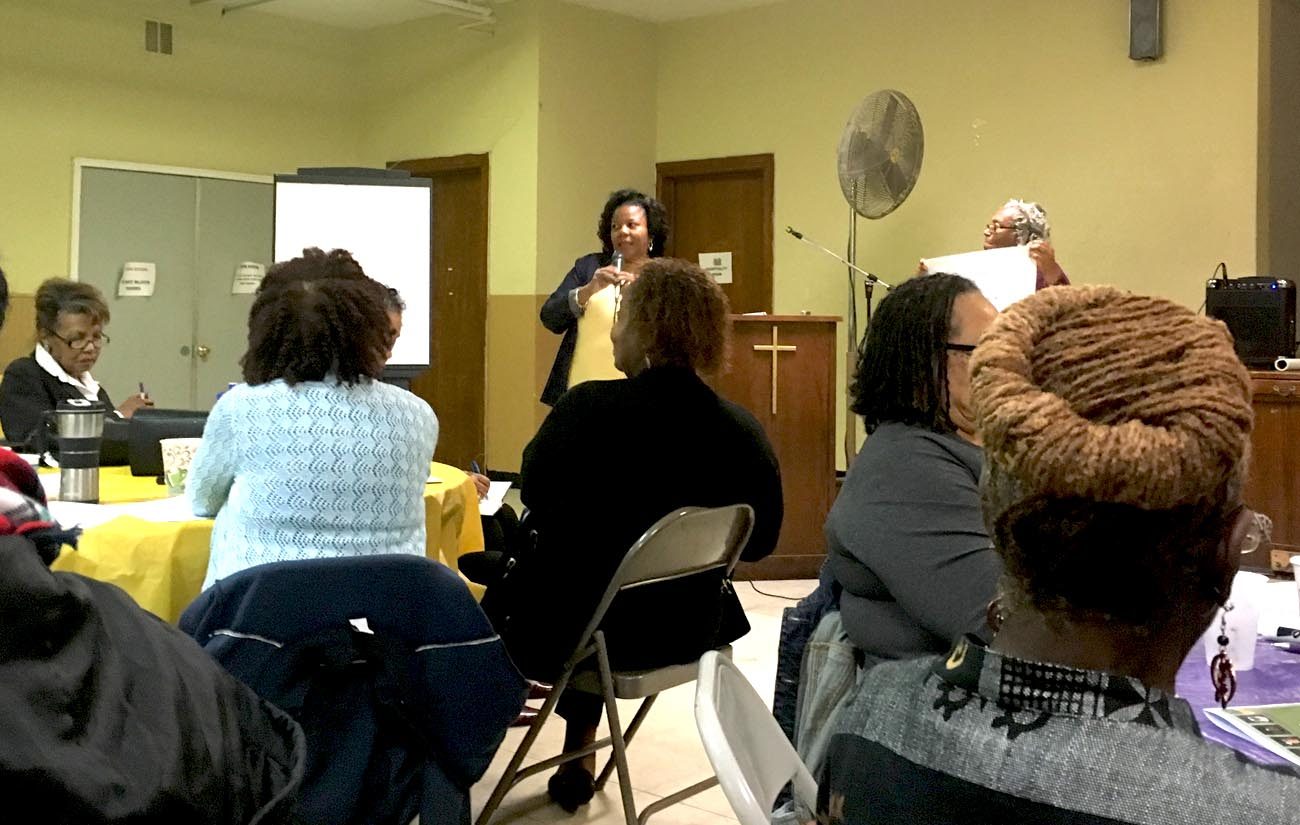 Parishioners from across the Archdiocese of Philadelphia meet Oct. 15 15 at St. Cyprian Church in West Philadelphia to discuss preparations for National Black Catholic Congress XII next July in Orlando, Fla.

Dozens of the faithful came together Saturday, Oct. 15 at St. Cyprian Church Southwest Philadelphia to pray, participate in group workshops and make presentations in preparation for next year’s National Black Catholic Congress XII to be held in Orlando July 6 to 9, 2017.

It is little wonder that preparation for the congress is taking place so early. Parishioners from the Philadelphia Archdiocese last traveled to Indianapolis in 2012 for the national event that has been held in a different city every five years since 1987.

Among those present at the Oct. 15 event were Deacon Bill Bradley of the archdiocesan Office for Black Catholics, Norbertine Father Gerard Jordan and Msgr. Federico A. Britto, the pastor of St. Cyprian Parish.

“We do get support for the predominantly Black parishes,” Msgr. Britto said. “We get it through the Black and Indian funds. We have the Martin de Porres fund. There are other funds that trickle down to our parishes. I just wanted to make that clear as we discuss how the church supports or does not support us.”

Deacon Bill Bradley put in a good word for the annual St. Martin de Porres Mass to be celebrated on Thursday, Nov. 3 at the Cathedral Basilica of SS. Peter and Paul, with musical prelude at 6:30 p.m. and Mass at 7.

“Non-Catholics do come to our schools,” said Tyrone Lyons, a member of St. Katherine Drexel Parish in Chester, during a discussion on why Catholic schools exist. “They don’t necessarily come to our churches. Yet they are blessed by coming.”

The official agenda for the meeting included three group discussion questions. The first asked how social media could be used effectively to promote the cause of sainthood for Mother Mary Lange of Baltimore, Venerable Henriette DeLille of New Orleans, Venerable Pierre Toussaint of Haiti and the Servant of God Father Augustus Tolton.

The latter is the first African American priest, whose cause is being championed by Father Jordan.

The second question dealt with how the church can honor the achievements and wisdom of people in local parishes. It further focused on the types of intergenerational activities that could be planned.

Finally, participants were asked to take into account the fact that many African Americans are in poverty, marginalized, lack health care, are incarcerated, victims of violence, suffer legal injustices, and the like. They addressed how can parish communities rise above these inequities to lead the joyful life that God intended for them.

“We need to have more unity among ourselves and because even as Black people we are different,” said Mary Lopez, who represented the thoughts of one of the focus groups. “We need to respect one another’s cultures. We are all Catholic and we need to work together.”

“I belong to a group that includes those from Haiti and other Francophone (cultures),” said Yoline Scutt, one of the younger participants at the gathering and a member of St. Raymond Parish. “We need to reach out to each other. We should all work together to get all these causes of sainthood.”

The attendees were also given information about the National Black Catholic Congress XII event. Groups from the Philadelphia area are already booking buses and flights for the summer conference in Orlando.

Martin de Porres Scholarships are available for the trip and are being disseminated through local parishes.

“Thank you to all who participated in this day,” Deacon Bradley said. “We are grateful for your thoughts and input that will certainly help us grow stronger communities of faith.”

He put in a good word for the annual St. Martin de Porres Mass to be celebrated on Thursday, Nov. 3 at the Cathedral Basilica of SS. Peter and Paul, with musical prelude at 6:30 p.m. and Mass at 7.

“Please invite family and friends,” Deacon Bradley said. “We want to fill that space just like we did for the revival.”

The congresses were revived in 1987 under its current name. Their mission is to improve and enrich the lives of African American Catholics.