Making our time, even in our busyness, God’s time 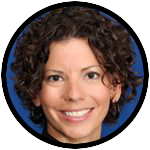 During the Andy Reid era of Philadelphia Eagles football, the head coach had an infamous tagline used for turning over the press conference to the reporters.

Do you remember it?

“Time’s yours,” Reid would mumble. And the barrage of questions would immediately ensue.

As a full-time working mom with three children under the age of 7, time is certainly at a premium for me. While most days I don’t have to answer to a sea of probing journalists, I do have to respond to three demanding children, which, on any given day, could be considered much more taxing.

I get to work by 8 a.m. and leave by 4 p.m. to (sometimes) beat the traffic. Dinner, homework, baths, stories, prayers and lights out—and my work is only halfway complete. Cleaning is done in spurts and, if I’m lucky, I can squeeze in an errand or two during my lunch break to alleviate the weekend burdens.

I know I’m not alone. And I know this battle for time has been going on long before I entered the workforce.

I struggled with this as well. A creature of habit, I had traditionally reserved my time with God for the late evening hours. Problem was (big shocker) I was falling asleep and, unintentionally, cheating myself of time with God.

At the prompting of the Holy Spirit, I had a “lightbulb” moment, when I realized that the time I spent in my car, to and from work, could be used more productively. After all, I was kid free, obligation free, alert and orientated—a combination that rarely presented itself at any other singular point in my day.

It seemed like the perfect opportunity to chat with Jesus. If ever traffic could be considered a blessing, this would be it.

Dedicating this time to prayer has strongly impacted the way in which I handle the challenges and triumphs of each day. Even more profoundly, it has made me more aware of my surroundings—the people, places and things—that God has placed in my path to inspire and challenge me.

Some days I sit in complete silence, other days I pray the rosary or listen to Christian rock. It is a small, but significant change I’ve made for the better. I’ve come to utilize my commute to work to strengthen my relationship with Jesus and effectively “turn over” my time to God.

Time is of the essence: According to a recent study, Americans were stuck in traffic for 8 billion hours in 2015. Could you imagine if each of those individuals spent just a fraction of their time “in prayer” rather than “in traffic?”

Melissa Fordyce, a Catholic wife and mother, is the director of communications for Presby’s Inspired Life, a non-profit serving older adults in greater Philadelphia. She is a parishioner of St. Eugene Parish in Primos, Delaware County, where she serves on the Parish Finance Council and as an extraordinary minister of holy Communion. She can be reached at Melissa.a.Fordyce@gmail.com or @Missy4Dyce.

NEXT: Yes, there are faithful Millennials who stay Catholic at college