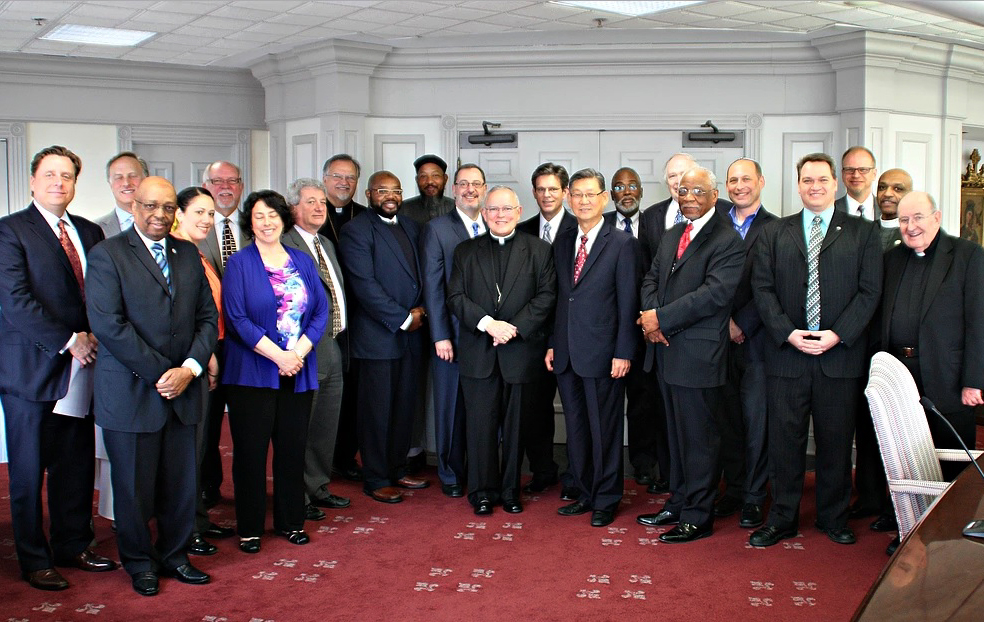 Religious bigotry exists. Maybe in America not as much as in some other countries, but it is there and it has a long history.

Catholics experienced a great deal of it up into the 20th century. For Jews, down through the ages it has been a fact of life. In this generation Protestant Evangelicals are a favored target for secularists. African Americans are unique because they have experienced bigotry regardless of religion.

Most recently Muslims have been a special target, fueled in part by horrific acts of violence by a handful of Islamic radicals, and it doesn’t help when a president-elect opines that maybe America should ban all Muslims from entering the country.

Muslims are here already and part of the American fabric, and many of them are American citizens.

“We’ve been here for 300 years,” said Imam Kenneth Nuriddin of the Philadelphia Masjid, which is predominantly an African American congregation. “We’ve faced issues like this in the past so we are not strangers to them. We have outreach programs. The main thing we are trying to do is keep people from reacting and getting alarmed.

“I think what we have is a human problem, a family problem and a world problem,” Imam Nuriddin said. “There are extreme elements that haven’t changed and these extreme elements have to be brought into the mainstream.”

A widely circulated report in November by the Federal Bureau of Investigation showed a 67 percent rise in documented hate-crime incidents against Muslims nationwide in 2015. The 257 anti-Muslim hate crimes were up from 154 in 2014, according to the bureau’s Uniform Crime Report.

By comparison the F.B.I. reported that of the 1,354 hate crimes “motivated by religious bias” that were reported last year, 51 percent were anti-Jewish, 22 percent anti-Muslim and 4 percent anti-Catholic.

“We are forced to come together and what we do in America can help the whole world.” — Imam Kenneth Nuriddin of the Philadelphia Masjid

Here in the Philadelphia area there have not been many open attacks on Muslims. In January 2016 a Muslim man from Morocco reported he was physically assaulted in center city Philadelphia because he was speaking Arabic.

In December 2015 unidentified bigots in a pickup truck threw a pig’s head at a Kensington mosque.

One of the groups consistently speaking out against religious intolerance is the Religious Leaders Council of Greater Philadelphia, which was founded in 2006 to unite religious leaders, provide mutual support and speak out on matters of concern to all.

At this time there are more than 30 member congregations — Christian, Jewish, Muslim and others.

Co-conveners are Archbishop Charles Chaput of the Archdiocese of Philadelphia, Bishop Clare Schenot Burkat with the Southeastern Pennsylvania Synod of the Evangelical Lutheran Church of America, Imam Anwar Muhaimin of Quba Masjid and Rabbi David Straus, representing the Jewish Community Relations Council of the Jewish Federation of Greater Philadelphia.

The Religious Leaders Council can take public action when religious bigotry appears, as it did two years ago with the SEPTA bus ads, which a court ruled could not be prohibited.

At that time the Religious Leaders issued a statement that read in part:

“It was our hope as religious leaders that hate-filled messages would not be carried throughout the neighborhoods of Philadelphia on the sides of SEPTA buses, trolleys and subways. We condemn inflammatory messages that serve to divide, stigmatize and incite prejudice. We will continue to reject attempts to stereotype any tradition or community. “Working as spiritual leaders and working with the members of the diverse faith and ethnic communities within Philadelphia, our challenge and our hope is to strengthen the ties among all communities to improve the quality of life.”

Msgr. Michael Carroll, who has been deeply involved in interfaith and peace and justice issues for decades, represents the Philadelphia Archdiocese at most meetings, which are held at the Interfaith Center of Greater Philadelphia in the city’s Fishtown section.

He explained that most Christian denominations and of course Catholics have a central leadership, but in the case of Muslims, each mosque is independent.

Although no one person speaks for all Muslims, there are four Muslims on the Religious Leaders Council, which probably gives a fair representation of Muslim leadership in the Philadelphia area.

At least 55 mosques are established in the region, according to one listing. Most are located in Philadelphia but others are in every county of Southeastern Pennsylvania.

People tend to associate Muslims with the Middle East, but in fact they come from all over, including Indonesia, which has more Muslims than any country in the world.

There is a large concentration of Indonesian immigrants in South Philadelphia, both Christian and Muslim, and many of them find their way to the various outreach programs offered at St. Thomas Aquinas Parish and its Aquinas Center, according to the pastor, Msgr. Hugh Shields.

“It’s a safe environment for people and everyone is most welcome to our food programs, educational programs, all of our programs. It’s a respectful relationship with everyone living together and working together,” he said.

Regardless of faith, all of the immigrants face the same problems and the same fears, Msgr. Shields believes.

But not all Muslims are immigrants, and Imam Nuriddin of the Philadelphia Masjid leads lifelong citizens and new arrivals to this country.

“We have to know immigrants are here for a reason,” he said. “There has been social and economic destruction because global interests don’t always have human interests.

“There have been flare-ups all over the world. We get flare-ups to a large extent based on global issues that affect everyone. We are forced to come together and what we do in America can help the whole world.”

At the end of the day, bigotry and its effects are not a Christian problem, or a Jewish problem or a Muslim problem. It is a problem for everyone, and in Philadelphia the Religious Leadership Council, the Interfaith Center and their member congregations are at the heart of the remedy.

PREVIOUS: These Christmas cards help feed the poor in our midst