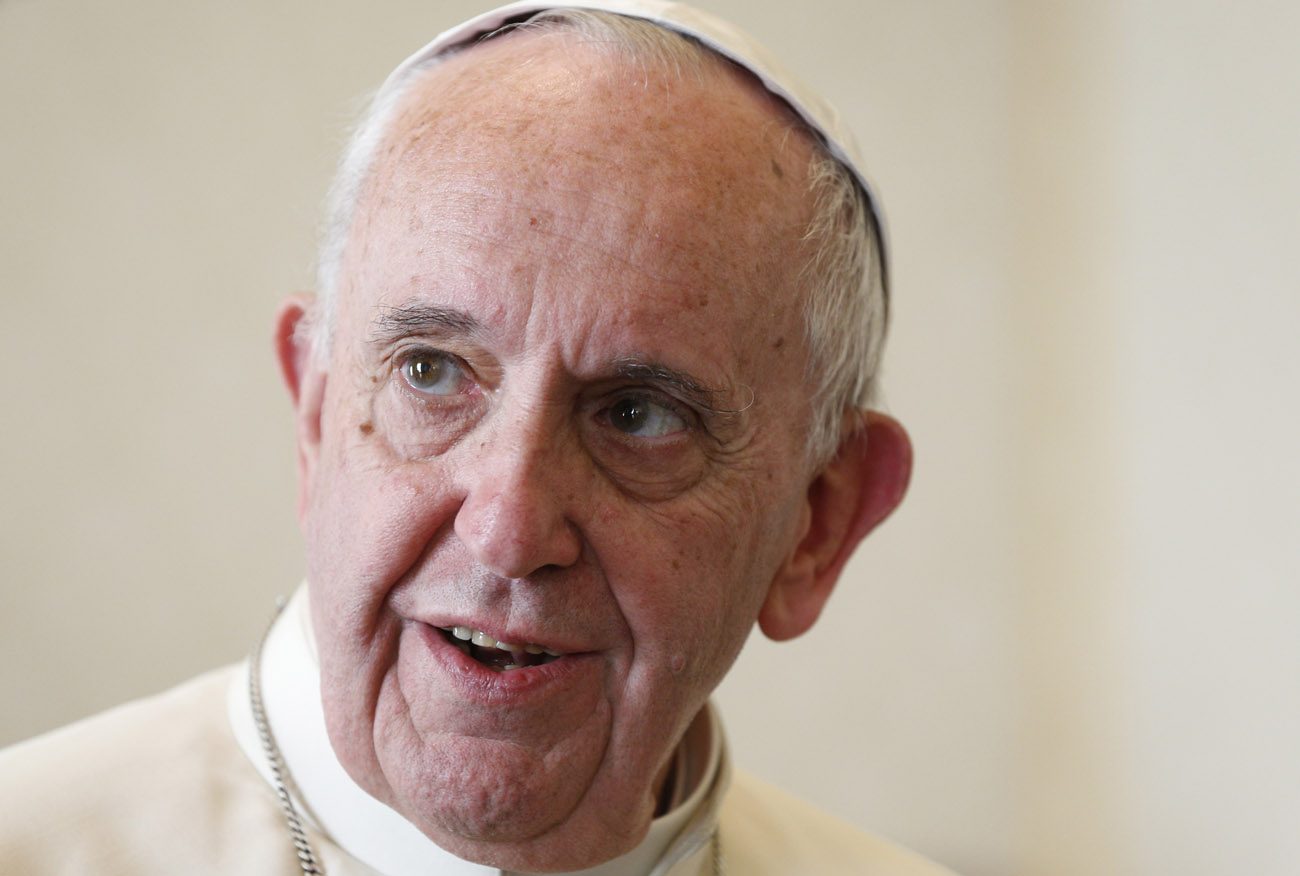 VATICAN CITY (CNS) — Jesus truly transforms and heals hearts when people let him, which means recognizing and being ashamed of one’s sins, Pope Francis said at his morning Mass.

Jesus helped people by showing them a new way and the possibility of real change, “and this is why the people followed him,” the pope said Dec. 5 during the Mass in the chapel of the residence, Domus Sanctae Marthae, where he lives.

The day’s first reading from the prophet Isaiah (35:1-10) talks about God bringing new life to a parched land and healing, strength and joy to a broken people.

This promise and power of complete renewal, the pope said, was fulfilled with the Messiah, whose miracles and ministry were not about making things look better by putting on “makeup, cosmetics. He changed everything from the inside.”

“God created the world, mankind fell into sin, Jesus came to re-create the world,” he said. Jesus comes to touch people’s hearts and forgive their sins, “to re-create that man from sinner to righteous” and make him “totally new.”

But this scandalizes the doctors of the law, who question Jesus’ authority to claim such abilities, the pope said. Those with faith, however, understand like Mary Magdalena, who knew she was a sinner and saw Jesus could heal “not her body, but the wound in her soul. He could re-create her.”

This “existential healing” of the soul, being re-created and transformed by Jesus requires “great faith,” trust, courage and honesty about the gravity of one’s sins, he said.

It won’t happen if people say, “Yeah, yeah, I have some sins. I go to confession, say a few sweet nothings and then I continue on my way” doing the same things as before, the pope said.

“Just two brushstrokes of paint and we believe that with this the whole thing is over. No!”

“We are all sinners, but look at the root of your sin and (see) that the Lord goes down there and re-creates it, and that bitter root will bloom,” he said. People must delve deep, fully identify the nature and gravity of their sins, feel ashamed and “open their heart” to let Christ in and make it new.

The need for conversion, particularly during the season of Advent, was also part of Pope Francis’ Angelus address Dec. 4.

Speaking to people gathered in St. Peter’s Square, the pope said that entering into God’s kingdom requires daily conversion — one step each day.

“It’s about leaving behind the easy but deceptive pathways, the idols of this world: success at all costs; power at the expense of the weakest; thirst for riches; pleasure at any price,” the pope said.

Instead, people need to embark on the path Jesus offers, which doesn’t “take away our freedom, but gives us true happiness” and frees people from “selfishness, sin and corruption,” which come from the devil.

Prepare for the journey by examining one’s conscience, “scrutinize our behaviors” in order to let go of the ones that do not come from God, he said.

NEXT: At Christmas, recognize your sin and let God caress you, pope says