The following was first posted on the website CruxNow.com on Jan. 29 and is reposted here with permission. 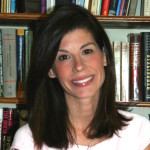 There is a marriage metaphor used throughout the Bible to convey the truth and depth of God’s devotion to His people — His willingness to remain faithful in the face of our infidelity.  First, God the Father, husband to Israel. Then Jesus, the Son, Bridegroom to His Church.

It’s rather astounding how frequently the analogy is employed.

This is a metaphor fashioned for our times, if ever there was one. Lifelong, sexually-exclusive marriage is a reflection of our relationship to God. He is faithful even when we don’t deserve it. It’s like a built-in evangelization tool for parents, no matter how imperfect the marriage.

What happens when fewer and fewer parents model this Gospel of Marriage for their children? To start, the next generation becomes cynical about a faithful God.

Marriage becomes a vehicle for sexual and emotional satisfaction. Sex is severed from procreation. Men use women. Women use men. Women discard their babies. Widespread confusion about gender and sex roles ensues.

Haven’t we been here before?

The Church seems to be genuinely struggling with whether it is still the loving position to require lifetime fidelity on the part of all married spouses, not just most. Not just during good times, but when the storm comes. And, perhaps most importantly, in the wake of the storm.

When one or both spouses have moved on to a new partner or marriage what remains is a first marriage that exists in time eternal, but which is pronounced dead (“failed”) by many witnesses to the wedding vow, the very ones entrusted with its protection here on earth.

Adults in our current culture speak regularly about the pain of divorce (rarely is the suffering of children of divorce the explicit focus of our concern; the Synod proceedings and Amoris Laetitia are no exceptions).

But false healing comes quickly with the prospect of new beginnings.

Take the recent blog post, which went viral, of a BYU graduate in the midst of divorce from his wife of 16 years. His intentions are obviously sincere – who wouldn’t want marriage advice on how to avoid his predicament? But notice his remarks to the Today show host: “It was like 1 o’clock in the morning. There’s so much pain that happens in the process of divorce. I think a lot of people can relate to that… I just sat down and I was like, ‘What am I going to do different next time?’”

The sentiment conveys how we Christians have learned to live a split existence: to be “pro-marriage” in theory, and yet treat divorce and remarriage as a natural part of life when faced with it ourselves.

Moving on — mentally, physically, emotionally, financially — from the anguish of marital strife or betrayal seems to give us hope, so we reorient ourselves toward fantasies of new love, free from suffering and fresh with romance. It seems to make our loved ones feel happy again, so we encourage them to move on from a first marriage.

In this context, lifelong marriage can seem a burden, not a gift — attainable only to a minority of enthusiasts. No longer is the pastoral question at hand: how can we restore and help reconcile a severed marital relationship? But instead how might this couple’s situation exempt them from the Church’s wisdom on this matter, which is designed solely for their happiness and welfare in this life and the next?

It is understandable and wise, given the preponderance of “irregular situations” in our world today that Christians — who are charged to bring the truth always with charity and sensitivity — would re-examine ancient teachings in the light of new demographics.

One criticism of those concerned about the effects of Amoris Laetitia is that we are out of touch with the real problems of real people.

Perhaps especially in light of our Church’s historic concern for the poor, the defenseless, and those on the fringes, then, we might ask ourselves: is the expectation of sexual fidelity in marriage on the part of the Church still always good? Is it reasonable and attainable in every situation?

Several commentators have listed instances in which the answer could be “no,” such as where an annulment is impossible, where the marriage is irrecoverable, where the couple in the new union have children, where a conversion experience has put the person in a second marriage in a new state, and where the concept of “adultery” is simply unsuited to the reality of the situation.

Here are some brief thoughts on these five scenarios — each of which is quite familiar to me through my observations of abandoned spouses and their families.

First, might we view instances where annulment “isn’t possible” as cases for the existence of valid marriages?

Second, most men and women undergoing a divorce characterize the marriage as “irrecoverable” — the wildly successful industry of family law exists to codify this claim. The priority of the Church is, and should remain as, “defender of the bond.”

Third, what of the children of the first union — are they to accept the Church’s explanation that daddy can now receive Communion with his mistress and their new family together as evidence of the Church’s mercy and love?

Fourth, in the Bible one meaning of “conversion” is “a return to the covenant.” But what to do when a “new state” means leaving behind one’s first family in order to create a second?

Finally, it’s no stretch to assume most adulterers would claim that term just doesn’t capture the “reality” of their circumstances. The reasons given for marital infidelity are many and varied. Somehow, “adultery” just doesn’t do justice to the … well, the complexity of things from the perspective of one who betrays his or her vow.

The question for the Church is this: how can we bring true mercy and love to every single person represented in these scenarios — to adults and children, those who have harmed their families, those who are victims of abandonment, and those who may fall somewhere in between?

Encourage them to trust in and accept God’s plan for marriage and sexuality for all mankind.

Divorced people today — especially ones who have been unjustly abandoned – have a unique and vital mission, if only the Church would support them unconditionally in it. God is calling many divorced spouses to keep their wedding bands on; to show their children, and a world in need, that His people are more than their sexual identity.

That real love is possible only when we can choose to remain chaste — for as long as love’s demands require it.

This may or may not be a heroic act but, pace Cardinal Walter Kasper, we can be sure the “average Christian” is capable of it. That in order to be truly happy and give happiness to those we love — whether we are married, divorced, single, priest, religious, same-sex attracted – we must first be in full control of our sexuality.

In addition to asking whether adherence to the Church’s teachings on marriage and sexuality is still possible, we might also ask who benefits most from them.

Because while each case of irregularity looks different, irregular situations seem to plague disproportionately those trapped in cycles of poverty and marital instability, including moms with high school educations whose serial lovers revolve in and out of their homes (sometimes with devastating effect), and unemployed men cohabiting with pregnant girlfriends.

Children from various relationships, of various ages and genders, thrown together and left to sort things out. Confused and alone. Watching. Learning.

Chesterton wrote, “I have known many happy marriages, but never a compatible one. The whole aim of marriage is to fight through and survive the instant when incompatibility becomes unquestionable.”

So-called “good divorces” threaten our understanding of God’s plan for sexuality and marriage precisely because they all-too-often further the compatibility myth.

The truth is that the causes of irregular situations vary widely, and they matter. They matter not just to the individual families involved (now and in future generations), but to entire communities who are watching to see whether the Church really cares about fidelity and permanence as we say we do.

Where one mother has an affair and forces a divorce upon the family she created, another mother does everything she can to save her marriage to an unfaithful husband. Is the Church merciful to the spouses, children, and communities involved if it treats the women in these two situations the same?

Most Catholics uncomfortable with Amoris Laetitia are saddened and unsettled at the mere idea of being at odds with the Church hierarchy on any matter, let alone one so consequential.  Pope Francis is their Holy Father, the Vicar of Christ — most would recoil at the notion of being viewed as “dissenters.”

Many have simply experienced directly or indirectly the devastating effects of the very irregularity referenced throughout the document.

These folks have a lot on the line. They aren’t looking to enforce a set of theological rules and regulations. They want only for their children to experience what they didn’t or couldn’t themselves: to know and follow the full beauty of the Church’s call to sexual integrity and marital fidelity.

Dr. Hilary Towers is a developmental psychologist and mother of five children. She conducted her doctoral research at George Washington University’s Center for Family Research in Washington, D.C., where her focus was behavioral genetic analysis of individual adjustment factors and marriage and parenting relationships.

PREVIOUS: What are you doing for others?

NEXT: Reality check: Global arc of human progress is rising