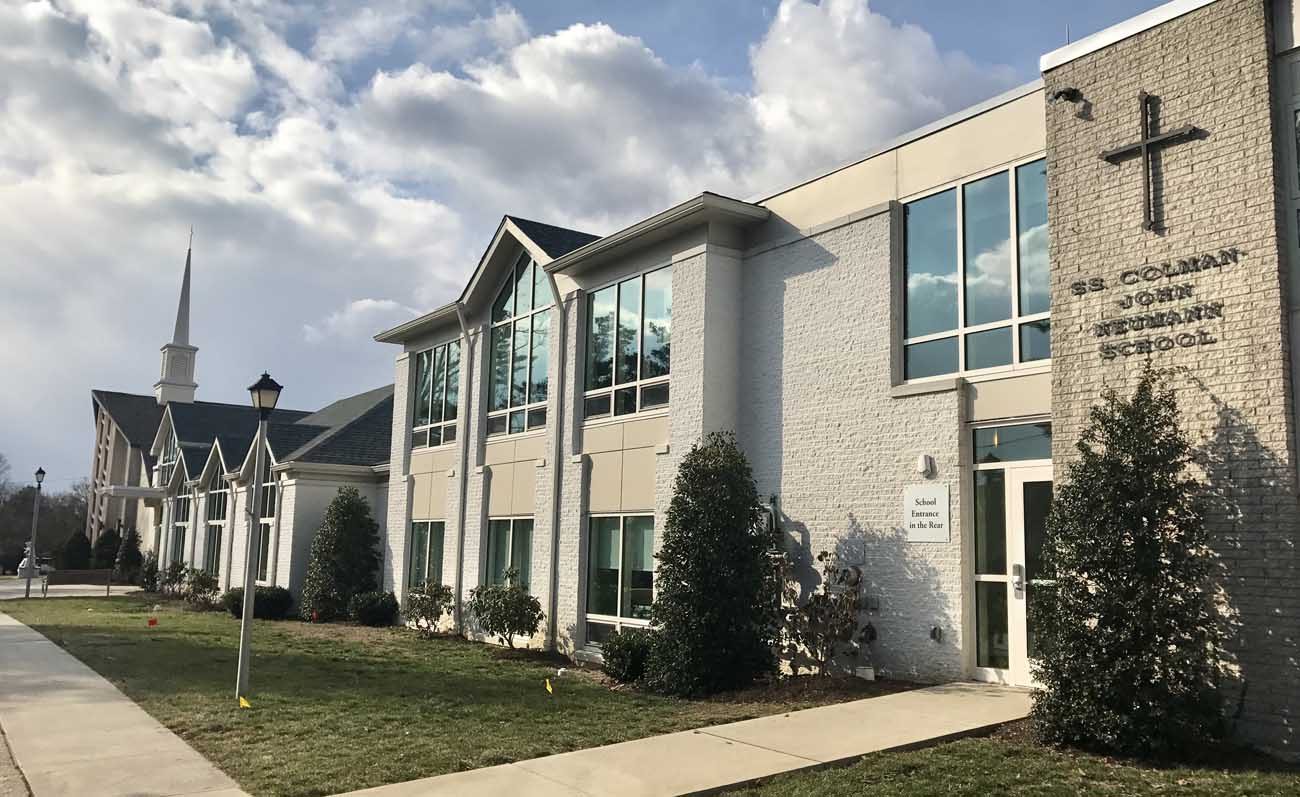 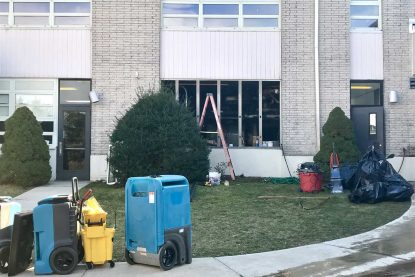 A rear view of SS. Colman-John Neumann School shows work in progress near the bolier room where the effects of an explosion were discovered in the early morning hours of Monday, Jan. 30. (Sarah Webb)

SS. Colman-John Neumann School in Bryn Mawr remains closed Monday, Jan. 30 after an explosion in the boiler room occurred early in the morning before students or staff had arrived. No injuries were reported.

A statement from the archdiocesan Offfice for Communications described how school administrators noticed a lack of heat in the building. They then informed school families of the situation.

Later the administrators smelled natural gas in the building, and after checking the boiler room, discovered the effects of the explosion.

Officials from PECO arrived at the school this morning as did an insurance adjuster. A structural engineer will also be brought in to examine the area where the explosion took place and assess any additional damage.

The school is closed today and the earliest it may re-open is Friday, according to the statement.

School administrators remain in contact with parents with the latest information.

NEXT: Marchers from Philadelphia witness to life in Washington