Two sisters pass on love of Catholic faith to next generations 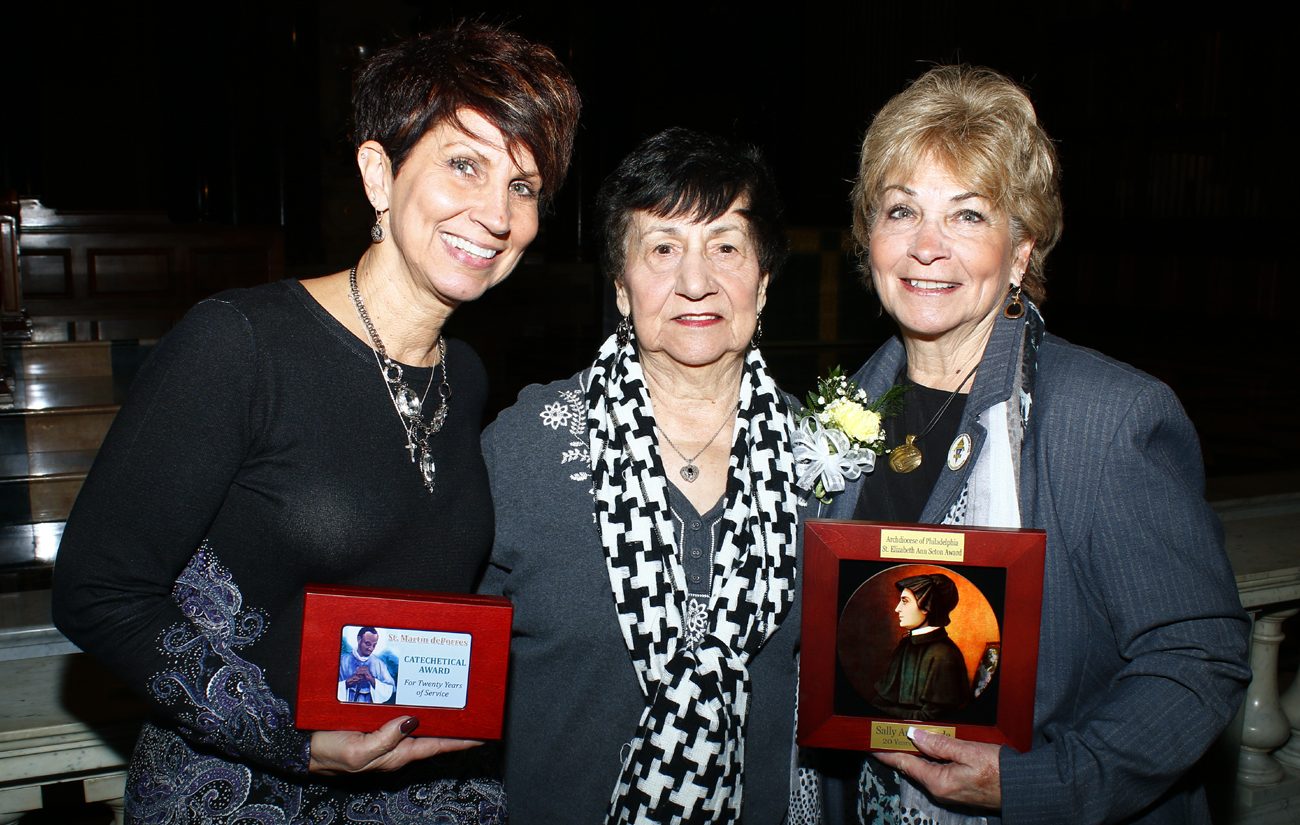 Joyce Marie McQuaid (left), and her sister Sally Ann Grande (right), pose with their mother at the catechist award ceremony Jan. 14 at the Cathedral Basilica of SS. Peter and Paul. The sisters each received awards for teaching and leading in religious education for more than 20 years. (Photo by Sarah Webb) 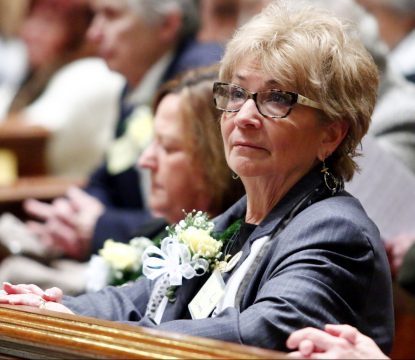 Sally Ann Grande and Joyce Marie McQuaid have two things in common. They are blood sisters, originally Sally Ann and Joyce Marie Gross, and they share a passion for nurturing the Catholic faith through parish religious education.

They both just received awards for 20 years of service at the Jan. 14 Mass and award ceremony for Parish Religious Education Programs (PREP) presided over by Archbishop Charles J. Chaput.

Growing up in a family of four children in Our Lady of Fatima Parish in Secane, Sally Ann was the eldest and Joyce Marie was her baby sister, 10 years younger.

After graduating from Cardinal O’Hara High School at a time when there was a scarcity of lay teachers, Grande immediately entered a cadet teachers program sponsored by the Office for Catholic Education. This allowed promising candidates to begin their teaching careers in parochial schools while still attending college, in her case St. Joseph’s College.

“I’ve been with the Archdiocese since 1969, first as a lay teacher and then 20 years as a DRE,” Grande said. “When Holy Spirit School closed I became a DRE but my heart is still in the classroom.”

Meanwhile, 42 years ago she married her husband Rob. They raised three children, Rob Jr., Stacy and Holly, and are grandparents of four. 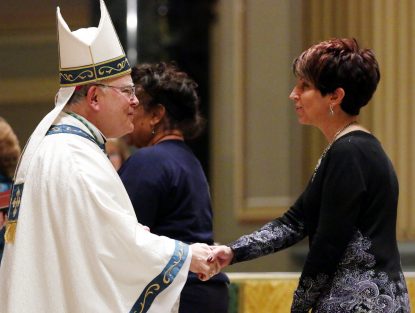 “I would volunteer in my own parish when I was a teacher and I only took eight years off when I was raising my own children,” she said.

As a DRE, over time she has served at St. Mary Magdalen, Media; Holy Spirit and now for nine years at St. Eugene where there are about 110 children in the PREP program.

Teaching in a parish religious education program is a different challenge than parochial school because the children are only there for one hour and 15 minutes a week as opposed to four religion classes.

“We have to meet the people where they are coming from and understand them,” Grande said. “The sad part is we only have the children until they make their sacraments. Whenever we can we try to do things with the parish school. For instance, we have a monthly youth Mass where the children of both programs are together and take up the different parts.

“It is a privilege to teach them, not a job. When the light bulb goes on and they understand, that’s the reward. I love my job. When I get up in the morning I love going to it.”

Unlike her big sister, Joyce McQuaid has never taught school as a profession; for her it is strictly volunteering. Her day job has been in the real estate field and currently she is a mortgage banker with Huntingdon Bank.

Married for 35 years to her husband Larry, they have two adult children, Danielle and Justin, and five grandchildren with one on the way.

The family belongs to St. Thomas the Apostle Parish in Glen Mills and McQuaid started volunteering as a catechist there when her children were young and in public school. Her own children were among her students, and she has taught at three parishes over three decades.

“I have switched to teaching at St. Joseph’s because that is my grandchildren’s parish and I can teach them,” she said. “My children went to public school and had CCD. They go to Mass every Sunday with their children.”

At this point McQuaid is teaching 12 children in second grade, a very important grade because this is the year of first penance and first holy Communion.

“I learn from my students when I teach,” McQuaid said. “I love when we teach about Jesus and their eyes light up.”

The biggest challenge she finds is getting parents involved and engaged in their children’s religious education.

“If the parents are not engaged it is hard for the children to be engaged,” she said. “Overall, you want to see them at Mass every Sunday, but it doesn’t always happen. It is my prayer that it does happen.”

PREVIOUS: Young woman makes music as ‘a way that I please God’

NEXT: Class Acts: A sit down with the principal of Cardinal O’Hara HS