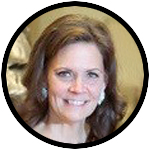 Before 2008, scores of our posterity (the exact number is unknown) were being manufactured for everyone and anyone using “donor” sperm and/or eggs through artificial reproductive technologies or “ART.” Knowledge of one’s real mom and/or dad is denied to children by commercial entities licensed by the states to do just that.

How does this negatively impact religious liberty? One cannot honor what one does not have and all three major religions (Christianity, Judaism and Islam) have “honor your father and your mother” as a central tenet.

ART is thus unjust. To quote the Rev. Martin Luther King Jr., a just practice “squares with the moral law or the law of God,” and ART certainly does not.

Being black, a lawyer, and a person who knew the pain of parental separation, in 2008 Barack Obama possessed a unique blend of moral, legal and personal authority to champion the abolition of this religious liberty rip-off. As a black man, Barack Obama knew that African Americans like Fredrick Douglass were denied fathers through the commercial human reproduction system of slavery, which no one would deny was wrong.

As a lawyer, Barack Obama knew that separate systems are never equal, thus one that intentionally deprives certain children of natural rights that other children have is wrong. And as the child of a father who abandoned him, Barack Obama knew that parental rejection hurts and carries life-long scars. Thus any governmentally sanctioned institution that directly causes and celebrates that loss is wrong.

Sadly, rather than champion the abolition of donor-conception so as to protect every member of posterity’s right to honor his mother and his father, President Obama championed marriage equality for the LGBT community and in so doing ensured not only that this specific denial of religious liberty would continue, but that it would expand.

Indeed, the first continuing legal education flyer I received after the Supreme Court’s ruling in Obergefell v. Hodges depicted two gay men with a toddler and was captioned “The Changing Landscape, Issues Beyond Marriage for the GLBT community.”

Thus, I call upon every legislator who believes in equal rights to put pen to paper and draft legislation that prohibits states from licensing sperm banks and fertility clinics that deny biological mothers and fathers to their posterity and, in so doing, the religious liberty to actually honor both.

PREVIOUS: America, land of prosperity: Even the word means hope