No matter the issue, conversion of hearts follows advocacy 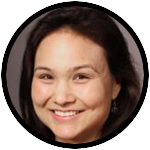 Mixed feelings. That’s the best way to describe my thoughts after this year’s March for Life. And I’m not just talking about the discrepancy that was my numb toes and sunburned face.

Sunny skies reflected a cheerful atmosphere as the crowd grew larger leading up to the rally. People waved their signs high; some of my favorites were: “I moustache you to end abortion,” picturing a plump moustache; “Save the future feminists”; “Love them both” showing a woman and the baby in her womb; and several posters held by courageous women that read, “Conceived in rape, I love my life.”

I squeezed my way to the front of the crowd. It was the first time I had attended the rally portion and I wasn’t going to be satisfied with a Jumbotron view of the vice president.

People were jubilant during Vice President Mike Pence’s speech, especially during the words: “Because of all of you and the many thousands who stand with us in marches all across the nation — life is winning again in America.” I’ll admit, it was a rush of emotion, feeling that a cause so important to millions — the sanctity of life — would be affirmed in such a direct way by the second-highest-ranking official in the United States.

The march itself was like a reunion. Old friends came from far and wide. We hugged, caught up on one another’s lives as we walked, stretched our stiff limbs and prayed. Everyone was genuinely happy to be there, feeling united in a spirit of solidarity.

But when I got home, I felt deflated. The “high” that accompanies every large-group gathering, like conferences or retreats, had begun to wear off, dipping to a “low” when I saw the frenzy on social media about the president’s executive order to suspend the refugee resettlement program and ban the entry of citizens from seven select countries, which seemingly contradicted the pro-life message from the administration heard just hours before.

As Cardinal Timothy M. Dolan of New York put it in a piece for the Daily News: “Thanks, Mr. President, for your concern for the baby in the womb. Can you show the same for the threatened immigrant?”

Since the executive order was signed, calls for mobilizing and advocacy have increased and remain the challenge and urge today.

And while I fully support advocacy work and have visited my congressional representatives’ offices several times, I do not believe advocacy alone is enough.

Because we don’t want to just change laws, we want to change hearts.

Marches, protests and advocacy visits bolster resolve and fuel change in the political sphere, but they don’t move the hearts of those on the other side. Dialogue, respect and compassion do.

We need face time with people we’re close to, but whose values don’t align perfectly with ours. We need the original “grass roots” — actual communication in real life and trust with individuals who are in our lives but differ in opinion.

So after meeting with or calling your representatives, set up another meeting, this time with a friend or family member who is not pro-life. Say that you want to grab a cup of coffee, and have a frank, open discussion about abortion. Hear the person out, and hopefully you will be heard too.

Maybe you will get a chance to explain the church’s call for a “consistent ethic of life,” which includes protection for the unborn, refugees, immigrants and all vulnerable people.

It might be an uncomfortable experience, but only God knows the ripple effect that it might start. And while you’re at all, say a prayer to God about it. After all, he’s been in the business of changing hearts for millennia.

PREVIOUS: The underside, and the road ahead, of making America ‘great’ again