Local priest awarded for essay on outreach to pregnant parishioners 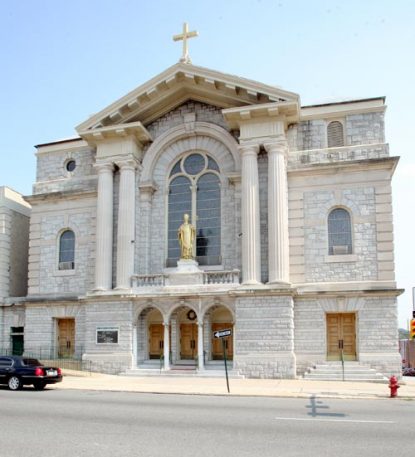 An archdiocesan priest has won a prestigious John Templeton Foundation award for his paper describing the establishment of prenatal health care unit at his parish, St. Patrick’s in Norristown.

Father Gus Puleo is also an adjunct professor of Spanish at St. Charles Borromeo Seminary, through which he participated in an international essay contest by John Carroll University exploring the influence of science on priestly formation and ministry.

Since he is not only a professor but pastor of a parish with a predominantly Hispanic population, he submitted “Attending to Pre-Natal Care Needs of Women with Help from Medical and Seminary Communities.”

(Read the full essay in our Commentaries section, here.)

A letter from John Carroll professor Doris Donnelly said that contest judges at the university “were deeply impressed” with the essay, calling it “very different from the others we received because of its concrete pastoral orientation but still maintaining a scientific sophistication.”

Father Puleo’s seven-page paper identified a tragic phenomenon in his parish and explained his pastoral solution.

The priest had had enough of burying babies – five of them in 2014, among the 267 he’d baptized that year.

So he “learned more about pregnancy than most biological fathers due to the fact that I was resolved to not bury any more infants,” he wrote. He wanted to discover why the children of mothers in his parish were dying before age 1.

Because the women were undocumented immigrants, mostly from Mexico, they were unable to obtain prenatal care in their community for items as simple as vitamins. For example, a deficiency of at least one key supplement that is vital to development of the neural tube linking the brain and spinal cord — folic acid – is a leading cause of birth defects or death.

The women were not receiving such basic prenatal care because they lacked legal documentation and therefore no health insurance, which is required by local hospitals. That is if the women could get to a hospital – the two serving the Norristown area lie miles from the parts of the borough where most Hispanics reside.

The “los promotores de la salud,” or health promotors, invite parishioners to a clinic that opens in the church basement hall on the first Sunday of each month, following the last Mass of the day.

He not only set up a health clinic, he invited transitional deacons who are assigned to St. Patrick’s for ministry and volunteer seminarians to use their Spanish-language skills by translating and encouraging parishioners to have a basic check-up each month.

“This is excellent training for them who will become priests as they not only perfect their linguistic skills in Spanish, but they gain a new perspective on the strong faith of these parishioners in spite of their many difficulties of living in the shadows in this country,” Father Puleo wrote.

Those skills will become increasingly necessary as the Catholic Church in the United States becomes more Hispanic in character.

As a result of partnerships with Philadelphia-area medical education programs, grants from local foundations and strong relationships with local hospitals, St. Patrick Parish “has established a stable and reliable connection with the local uninsured Hispanic community and the different hospitals and doctors in the community,” wrote Father Puleo.

Even as the promotores and seminarians have expanded the outreach for all parishioners to obtain care through the program, “the specific needs of pregnant women is my priority,” Father Puleo wrote. “The health promoters … educate pregnant women on how to properly take care of themselves and their developing child. At the same time we connect these women with comprehensive standard care for women who are pregnant and safe delivery plans. Our next initiative is to focus on postnatal care for women.”

The pastor of St. Patrick’s, which is 80 percent Hispanic in an area of Montgomery County that has seen a 124 percent increase in Hispanics since 2000, knows there is still “a significant suspicion among undocumented people who are afraid to go to hospitals and clinics for fear of being identified as persons without papers and then deported.”

But immigrants “feel very safe and very comfortable in the church community and more and more are coming for medical attention,” he wrote. “Therefore, it is essential that the transitional deacons and seminarians continue to perfect their Spanish as they are key in aiding these immigrants with their spiritual and physical needs. Since the inception of this program, the infant mortality rate has improved greatly.”

Father Puleo said in a letter informing Archbishop Charles Chaput of the achievement that the winning essay’s award of $500 would be used to purchase prenatal vitamins, baby items and other supplies “to promote the healthy needs of the immigrant community.”

NEXT: Parish merger meant a chance to serve Phoenixville’s homeless