In Vetter, selflessness is at ‘the heart of the team’ 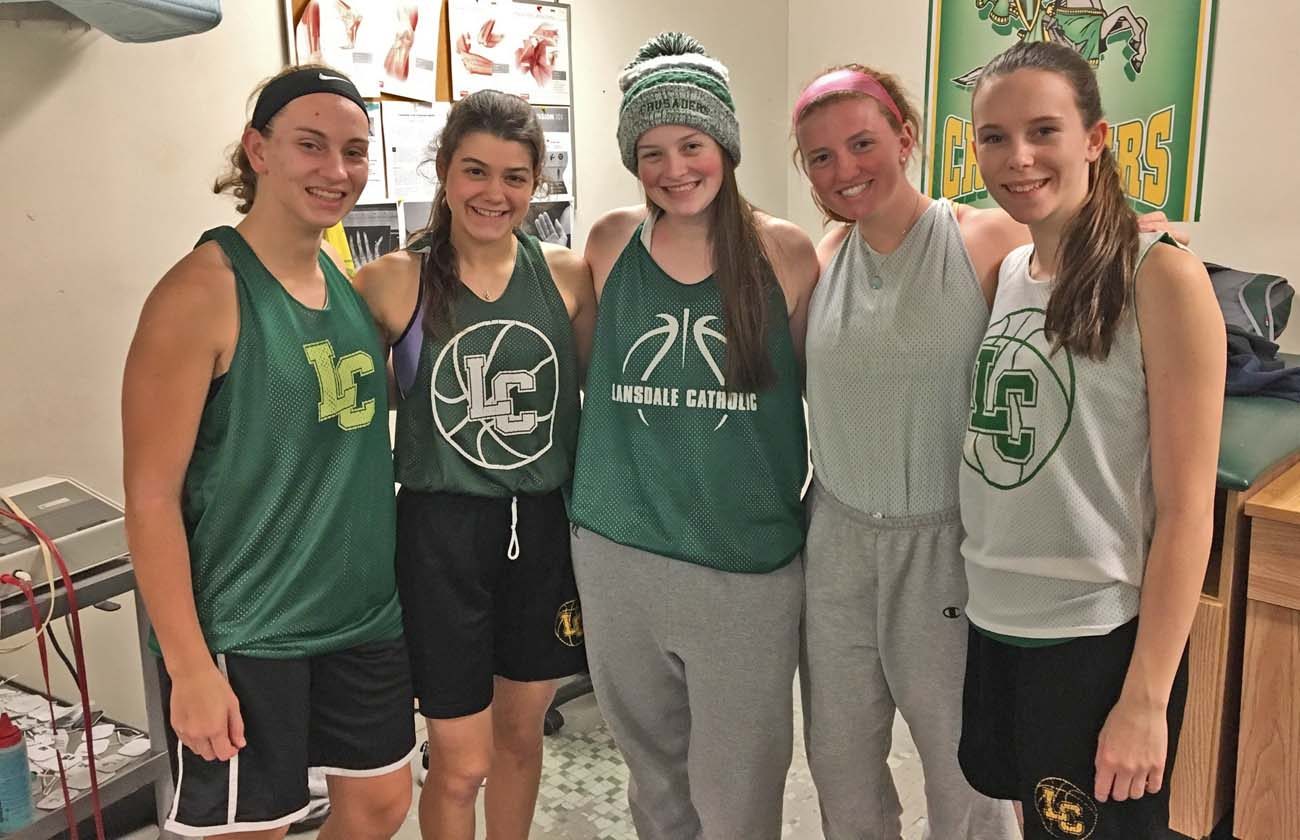 The game had been over for about 15 minutes, and Laura Vetter emerged from the locker room. The scoreboard had already been turned off, not that she wanted to be reminded of the final score.

Disappointed about the outcome, but being a realist and not particularly surprised, Vetter set her mind to the upcoming PIAA District 12 tournament. Unless Bonner-Prendergast defies the odds and wins the Catholic League championship, Lansdale Catholic will be the Division 4A representative from the CL.

That Vetter used the possessive pronoun “our” instead of “my” speaks volumes about the parishioner at St. Philip Neri in Lafayette Hill. A transfer from Perkiomen Valley High School after her sophomore year, Vetter has established a reputation as a team-first contributor.

“Laura is the heart of our team,” said Mack. “She sets the tone at every practice and game. Her intensity and work ethic have not only made her a better player, but has pushed her teammates to their limits as well. She is extremely coachable and willing to learn and listen, which has made our coach-player relationship really special.”

Even though her career at LC is likely not over, a voluminous chapter has come to an end.

“Last year was my first at LC, and I absolutely love the team,” said Vetter. “It definitely was hard knowing that this game most likely was going to be my last in the PCL (Philadelphia Catholic League). In fact, the other seniors and I had mentioned it in the locker room before game time.”

Against O’Hara, which will face Neumann-Goretti in next week’s semifinals, junior Brady Wassel scored 11 points and Lauren Crim added nine for the Crusaders. Wassel and Crim share team captain with seniors Lindsay Rock and Megan Maloney.

Vetter, a point guard, led the team in assists, a statistic to which she has become accustomed over the past two seasons.

“I tend to dish to the ball to my teammates when I drive – something my coaches have been trying to get me to do less of and take a layup, as it is the better shot at times – or am looking to get it into someone who has a ‘hot hand’ at the moment,” said Vetter. “As for defense, I try to be a leader and get in the mindset that whoever I am guarding is not scoring. I am constantly talking on both ends of the court in an attempt to get us working together and be more successful.”

Playing in a league with so much talent, Vetter said, provides her and her teammates confidence and fortitude.

“Most leagues have those one or two teams that are the usually the top contenders for league championships,” said Vetter. “As for the PCL, it is a little different in the fact that a lot of the teams aren’t just playing for league titles, but states also.

“Knowing that these teams have won state championships in the recent years may make them tough to play, but it also gives you a boost of encouragement. You get into games knowing you are playing some of the best teams, and when games are closer than they would like, or you make a nice play, it just puts you in the mindset that you could win championships, too.”

“We’re excited to compete in districts and states this year,” he said. “We play in a very difficult league, and I’m thrilled that our girls have earned the right to play in these postseason tournaments. With the work this group has put in, they deserve it.”

NEXT: It comes down this: Two games in one legendary place