Why fasting is a paradox 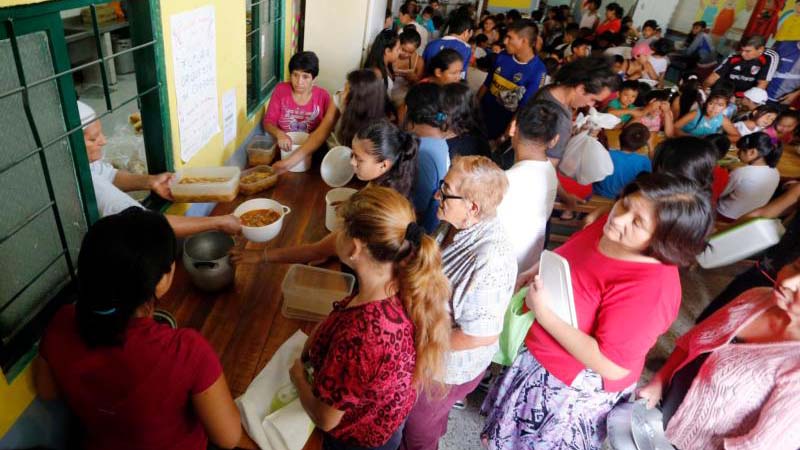 Fasting is a paradox for Christians. It encompasses seemingly contradictory intentions.

First, fasting appears to possess a negative quality. It asks us to do less of something — to eat less, to reduce the amount of our TV viewing or curtail our spending and the time devoted to shopping, for example.

When this effort does not prove easy, fasting sometimes becomes a singular focus of attention as one tries and tries to succeed in its outward goal.

Yet, the goal of fasting is positive. It aims to shift attention away from something we relish and onto areas of life that deserve to be relished far more. It is coupled with penance and, in particular, conversion to a new way of life.

So fasting is confusing. Maybe Christians need to ask again and again, “Why do we fast?”

When it seems that fasting is all about some form of deprivation and only about that, something is amiss. But what is the “other side” of fasting?

Most typically, fasting involves eating less, as adult Catholics up to the age of 59 do on Ash Wednesday and Good Friday, when just one full meal and two small snacks become the norm for the day. Adult Catholics also abstain from eating meat on Lenten Fridays.

But fasting from something is not an end in itself. Fasting points beyond itself.

Thus, the degree of hunger felt after consuming a simple Lenten soup supper can prompt Christians to refocus attention on profound hungers of another kind — the hunger to reconcile a hurting human relationship, the hungers of the poor or the hunger to comprehend better what God is asking of me or, alternatively, what I need to ask of God.

Fasting in Lent, along with prayer and almsgiving, is a way of “deepening our spiritual life,” Pope Francis says in his 2017 Lenten message. At the same time, he views Lent as a time to “open our doors to the weak and poor.”

In Lent, the pope writes, we are invited “to open the doors of our heart to others because each person is a gift, whether it be our neighbor or an anonymous pauper.”

The problem with fasting is that one so easily loses sight of its essentially positive, spiritual characteristic. The goal in what we do not do is neither to weaken nor discourage us but to encourage growth and to enrich our faith.

Canadian Archbishop Paul-Andre Durocher of Gatineau, Quebec, had in mind the images of drowned Middle East refugee children, their bodies washed up on Mediterranean Sea shores, when in 2015 he spoke of meditation, prayer and fasting.

“Hope is born, our love for others is strengthened and our commitment to justice and charity” grows deeper through fasting, prayer and biblical reflection, he said.

Fasting helps to “focus our attention, move our hearts” and “give vision and insight,” according to the archbishop. He accorded a place to fasting on a list of ways to support refugees fleeing violence in their homelands.

Archbishop Durocher’s observations suggest a possible question to ask whenever we fast: Where do I or where do we need a clearer focus in life? What that is right before our eyes are we allowing to remain blurred, out of focus?

But is the older brother often misunderstood? Levine proposed in her book “Short Stories by Jesus” that the older brother may represent the faithful child who is taken for granted and whose real feelings are overlooked.

The older brother, the father will discover in the parable, “was the son who was truly ‘lost’ to him” and who needed his father’s understanding, Levine indicates.

Fasting from food is a practice rooted deeply in Judeo-Christian history. Scripture links it directly to actions that provide care for others. Describing the kind of fasting God desires, the biblical Book of Isaiah makes this clear, saying:

“Is this not, rather, the fast that I choose: releasing those bound unjustly, untying the thongs of the yoke; Setting free the oppressed, breaking off every yoke? Is it not sharing your bread with the hungry, bringing the afflicted and the homeless into your house; Clothing the naked when you see them?” (Is 58:6-7).

Typically, when fasting is mentioned among Christians it is coupled with penance and prayer. Fasting throughout Christianity’s history always was considered a practice of spirituality. So it points beyond itself by focusing attention on the reality of God’s presence here and now.

Fasting, however, is not a passive action for Christians, something simply to undergo or suffer through. Paradoxically, it is meant to set the wheels of the mind and spirit into motion, and to reawaken us to the overlooked and unresolved challenges in our actual lives.

NEXT: Going on a fast for atonement and preparation