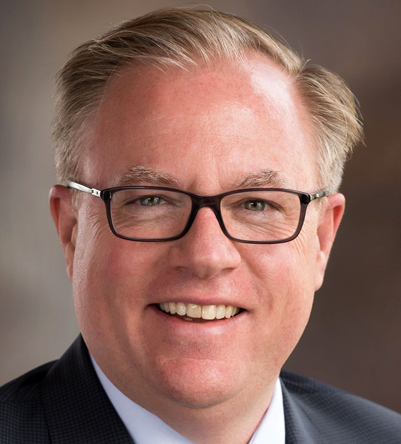 Dr. Chris E. Domes, 54, the current president of Silver Lake College in Manitowac, Wisconsin, has been named president of Neumann University, it was announced March 21 by Neumann’s Board of Trustees.

Domes, who will take office on July 1, succeeds Dr. Rosalie Mirenda, who will retire at the end of the current academic year.

Mirenda has been president for 21 years and served the university in various capacities for 44 years.

“Dr. Domes has an impressive record of accomplishment that spans 31 years in higher education,” said James Delaney, chairperson of the Neumann University board. “He has led initiatives in strategic planning, fundraising, academic program expansion, enrollment management, community relationship, technology access and campus growth. But most of all he is a proponent of Catholic Franciscan education.”

The Franciscan tradition has played a large part in the life of Domes. He received his B.A. degree in history and secondary education and his M.S.Ed. in counseling psychology from Franciscan-conducted St. Bonaventure University.

It was during his student years at St. Bonaventure that he converted to Catholicism.

“It was a very profound experience and a wonderful moment for me,” he said, crediting the Franciscan friars for his conversion.

It was also while at St. Bonaventure’s as a student and alumnus he received an early taste of Philadelphia during visits to Franciscan-run St. Francis Inn in Kensington, an exceptionally moving experience.

After a brief period teaching school, Domes returned to St. Bonaventure for a decade in the administrative field, followed by 17 years at Marymount University where he rose from dean of admissions to vice president for student development and enrollment management.

He expanded the use of technology in admissions and spearheaded 40 percent growth in the freshman class in three years.

Four years ago he was named president of Silver Lake College, a co-ed Institution that is a ministry of the Franciscan Sisters of Christian Charity. During that brief span a Franciscan Center for Music and Performance opened, as did a one-stop Enrollment and Welcome Center. State-of-the-art nursing labs and classrooms were also added.

During his tenure, full-time undergraduate enrollment rose 52 percent and annual giving increased by 64 percent. Beginning this academic year Silver Lake adopted the Work College Model, the first Catholic college in the country to do so. Through the model, students will graduate with a dramatically decreased debt burden.

Domes has been married to his wife Mary since 1994. Her career was in elementary school teaching and literacy coaching.

At Silver Lake she focused especially on promoting child literacy through a “Backpack Book Club” that she initiated. While they have no children of their own, a virtual army of children and young adults have been at the center of their lives.

Now they are remaining in the Franciscan family by coming to Neumann University, a ministry of the Sisters of St. Francis of Philadelphia.

“We are so happy about Philadelphia and excited to come to Neumann,” Domes said. “We were there three years ago for a symposium and were really impressed by the hospitality and joy; a passion for the mission.

“Dr. Mirenda is an incredible example of Catholic higher education, and I have big shoes to fill,” he said.

PREVIOUS: Church ready to help seniors get the food aid they need