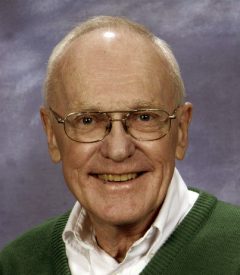 Deacon Lawrence G. Brandon, a retired permanent deacon of the Archdiocese of Philadelphia, died Feb. 20 at Chester County Hospital from heart failure. He was 80 years old.

Deacon Brandon was ordained Feb. 17, 1973 for the Archdiocese of Baltimore Bishop F. Joseph Gossman. He remained there until February 1977 when he and his family relocated to West Chester for employment reasons. Cardinal John Krol assigned Deacon Brandon to the Newman Center at West Chester University where he served for 10 years.

In March 1987 Deacon Brandon was assigned to St. Maximilian Kolbe Parish, West Chester, where he remained until he retired in January 2011.

Deacon Brandon has donated his body for scientific research.

The funeral Mass was celebrated Feb. 23 at St. Maximilian Kolbe Church, West Chester, by Msgr. Robert Carroll, who was the principal celebrant and homilist.