Pope Paul saw the world ahead, and how to live justly in it 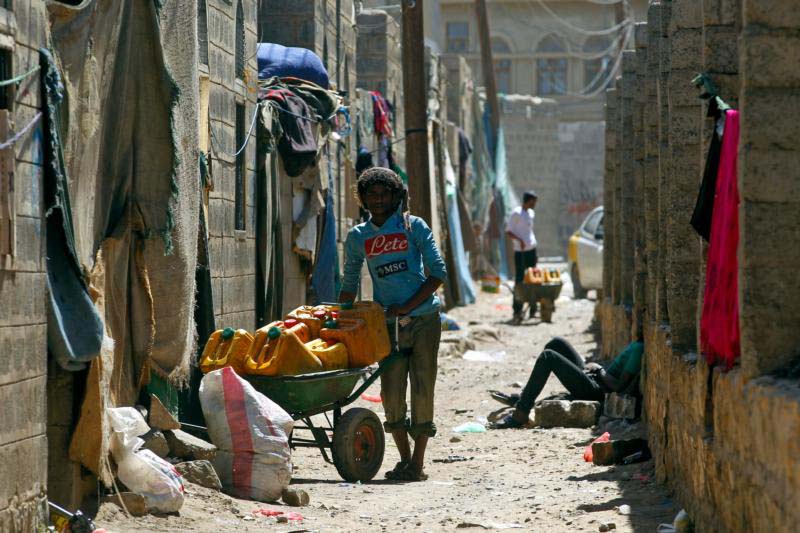 A man stands next to a wheelbarrow in a shantytown in Sana’a, Yemen, Feb. 6, a scene reminiscent of the kind of poverty Blessed Paul VI addresses in his 1967 social encyclical “Populorum Progressio” (“The Progress of Peoples”). Blessed Paul also spoke of problems of rich nations and companies within those nations continuing to take advantage of the poor. (CNS photo/Yahya Arhab, EPA)

In doing this, Blessed Paul continued in the footsteps of his predecessors Pope Leo XIII, Pope Pius XI and St. John XXIII in enunciating the church’s social teaching and how it was to be implemented throughout the world.

He offered guidance to countries as they implemented their newly found freedom, suggesting a path they could follow to set up a nation built on justice. The encyclical also proposed what others could do to assist these new nations as they came into being, so that all the countries’ people would benefit, not just the rich or the well-connected.

Pope Paul begins the encyclical with these words:

“The progressive development of peoples is an object of deep interest and concern to the church. This is particularly true in the case of those peoples who are trying to escape the ravages of hunger, poverty, endemic disease and ignorance; of those who are seeking a larger share in the benefits of civilization and a more active improvement of their human qualities; of those who are consciously striving for fuller growth.”

From the middle of the 1400s, explorers from Portugal began their voyages around the southern tip of Africa (Cape Hope) seeking to participate in the Asian trade market for silk and spices. European nations grew wealthy from the colonies they established in Africa, Asia and the Americas.

Although colonization did, at times, benefit the colony — Britain created an effective rail system in India and gave it a common language with English — the overall effects of colonization were not beneficial to most of the people who lived there.

Great amounts of wealth were extracted from the colonies, but very little wealth was reinvested in them and only a few people in the colonies benefited. The result was that most of the people remained in poverty, were limited in the amount of education they could receive and were subjugated by the colonizers.

When these colonies won or were given their freedom following World War II, they were left with systems that were not healthy or sustainable over the long term.

As Blessed Paul wrote, “It is true that colonizing nations were sometimes concerned with nothing save their own interests, their own power and their own prestige; their departure left the economy of these countries in precarious imbalance — the one-crop economy, for example, that is at the mercy of sudden, wide-ranging fluctuations in market prices. Certain types of colonialism surely caused harm and paved the way for further troubles.”

The encyclical also addressed the dramatic changes that were happening throughout the world because of upended social and religious cultural practices brought about by the destruction of World War II, the “social unrest” caused by rapid industrialization and the destruction of subsistence farming and the “flagrant inequalities” in countries where the rich grew richer at the suffering of the poor.

Blessed Paul also spoke of the problem of rich nations and companies within those nations continuing to take advantage of the poor.

Fifty years later, people still suffer from the same ills that Blessed Paul addressed. His solution to these ills and his call for all people to work for justice is just as needed today as it was in 1967.

PREVIOUS: In raising Lazarus from the dead, Jesus prepares us for his own resurrection

NEXT: Social ills are caused by ‘weakening of brotherly ties,’ pope wrote in ’67