Social ills are caused by ‘weakening of brotherly ties,’ pope wrote in ’67 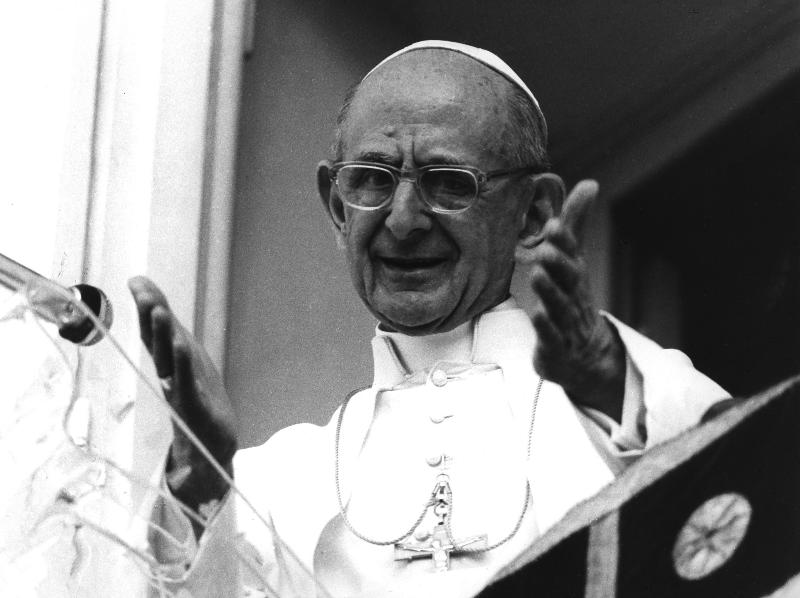 Development is “the new name for peace,” Blessed Paul VI declared in “The Progress of Peoples” (“Populorum Progressio”). Those well-known words reflect the heart and soul of this encyclical, whose 50th anniversary we celebrate in 2017.

Blessed Paul wanted to communicate a clear message that “peace is not simply the absence of warfare, based on a precarious balance of power.” Extreme economic, social and educational disparities between nations often jeopardize peace between them, he stressed.

It is essential, moreover, to promote human development in integral forms — forms that not only “fight poverty and oppose the unfair conditions of the present” but that promote “spiritual and moral development” in human lives and, as a result, benefit “the whole human race.”

He cherished a hope “that distrust and selfishness among nations will eventually be overcome by a stronger desire for mutual collaboration and a heightened sense of solidarity.”

The encyclical concluded on a uniquely optimistic and assured note that, at once, encompassed a blunt challenge. He wrote:

“Knowing, as we all do, that development means peace these days, what man would not want to work for it with every ounce of his strength? No one, of course.”

Might those confident words penned in 1967 leave some in today’s globalized world shaking their heads — asking, perhaps, what development implies in a world where a fear of “others” has grown so familiar?

The encyclical’s publication came a little more than two years after the Second Vatican Council’s conclusion. It was Blessed Paul who presided over the council’s final stages — the time, notably, when it completed its Pastoral Constitution on the Church in the Modern World (“Gaudium et Spes”). He promulgated that council document Dec. 7, 1965.

“Christians, on pilgrimage toward the heavenly city,” the pastoral constitution acknowledged, “should seek and think” of the things that “are above.” Yet, it added, “this duty in no way decreases, rather it increases, the importance of their obligation to work with all men in the building of a more human world.”

It would be hard to exaggerate the interest many Catholics took during the latter part of the 1960s in issues of international social justice and the deprivations afflicting the world’s poor. Countless believers welcomed the opportunity to discover how to connect worship and prayer with the world’s concrete needs.

University students, for example, crowded into lecture halls to hear Barbara Ward, an influential and widely known British Catholic economist and writer, explain the demands of justice and the harsh realities of injustice.

When Ward died in 1981, The New York Times called her “an eloquent evangelist for the needs of the developing countries and for the interdependence of nations.”

When she addressed the October 1971 world Synod of Bishops in Rome, one of whose two themes was “Justice in the World,” she pointed out to church leaders from around the world that a “fundamental maldistribution of the world’s resources” was a key concern “against which Pope Paul raised his powerful protest” in “The Progress of Peoples.”

Pope Benedict XVI paid tribute to “The Progress of Peoples” in his 2009 encyclical titled “Charity in Truth” (“Caritas in Veritate”). His conviction was, Pope Benedict said, that Blessed Paul’s encyclical ought to be considered “the ‘Rerum Novarum’ of the present age.”

That is high praise, since “Rerum Novarum,” Pope Leo XIII’s 1891 encyclical on the rights of capital and labor in a time of “revolutionary change,” is esteemed for creating Catholic social teaching’s foundation in modern times.

To suggest that “The Progress of Peoples” played a similar role 76 years later appears to suggest that it signaled the arrival of a new era in Catholic social teaching.

Pope Benedict said that “Paul VI, like Leo XIII before him in ‘Rerum Novarum,’ knew that he was carrying out a duty proper to his office by shedding the light of the Gospel on the social questions of his time.”

Moreover, he “grasped the interconnection between the impetus toward the unification of humanity and the Christian ideal of a single family of peoples in solidarity and fraternity.”

It is said that the more things change, the more they stay the same. There is truth in this. Certainly, some of Blessed Paul’s 1967 words read almost as if intended to address 21st-century issues.

A spirit of nationalism has arisen within numerous nations today, and nationalism ranked among Blessed Paul’s concerns 50 years ago. He cautioned that “haughty pride in one’s own nation disunites nations and poses obstacles to their true welfare.”

It is commendable, he commented, to prize the cultural tradition of one’s nation. Yet, “this commendable attitude should be further ennobled by love, a love for the whole family of man.”

“The Progress of Peoples” observed that “human society is sorely ill.” However, it said, “the cause is not so much the depletion of natural resources, nor their monopolistic control by a privileged few; it is rather the weakening of brotherly ties between individuals and nations.”

PREVIOUS: Pope Paul saw the world ahead, and how to live justly in it

NEXT: Fifty years after ‘Populorum Progressio,’ there’s still work to do