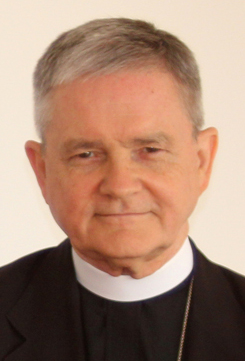 He succeeds Italian Archbishop Antonio Mennini, 69, who returns to Rome as an official of the Vatican Secretariat of State.

The Vatican made the announcement April 8.

Archbishop Adams, 72, had been serving as the nuncio to Greece since 2011. He accompanied Pope Francis, Ecumenical Patriarch Bartholomew of Constantinople and other Christian leaders to the Greek island of Lesbos to highlight the dramatic situation of refugees stuck there.

Born in Philadelphia and a graduate of St. Charles Borromeo Seminary, the archbishop was ordained by the late-Cardinal John Krol in 1970. After further studies in Rome, he joined the Vatican diplomatic service in 1996 serving as apostolic nuncio to Bangladesh, then Zimbabwe and then the Philippines.

Archbishop Adams’ episcopal motto is “In Cruce Salus” (From the Cross Comes Salvation).