Heroic mothers in the Bible 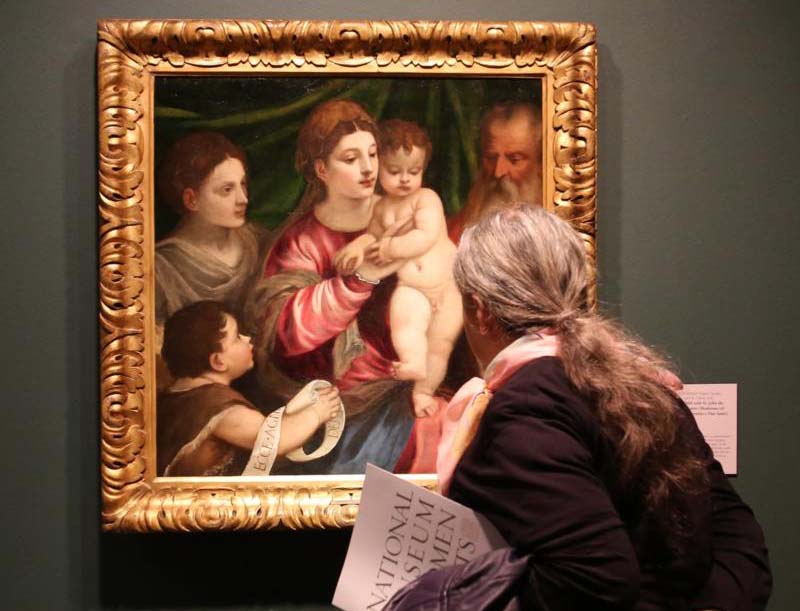 A woman looks at a painting during a Dec. 3 press preview tour of the 2014 “Picturing Mary: Woman, Mother, Idea” exhibit featured at the National Museum of Women in the Arts in Washington. The Bible contains accounts of heroic mothers whose virtuous actions paved the way for the fulfillment of God’s plan of salvation. (CNS photo/Bob Roller)

On Mother’s Day, we think lovingly about the women who mother us, either physically or spiritually, and we’re compelled to honor them for who they are and all that they’ve done for us.

There are other mothers, however, who deserve honor as well. These are the mothers of the Bible who, through their motherhood, have contributed to the founding and building of the church. The Bible contains accounts of heroic women whose virtuous actions paved the way for the fulfillment of God’s plan of salvation.

While the Virgin Mary is the best-known mother in the Bible, this Mother’s Day it’s worth noting four other women, especially considering how their motherhood impacted the people of God.

The first is the mother of the seven sons in the Second Book of Maccabees who all perished at the hand of the wicked King Antiochus because they refused to violate God’s law and eat pork (2 Mc 7).

This unnamed mom was the epitome of nobility, giving her sons strength to suffer death in the name of God. She knew that dying would give life and that choosing to live by succumbing to the king would bring death.

Next is Naomi, wife of Elimelech and mother of Mahlon and Chilion (Ru 1:1-18). When all three men died, Naomi was left alone, save for her two daughters-in-law, Orpah and Ruth. With the threat of famine, Naomi urged the two women to return to their homelands, where they likely would find food and new husbands to care for them.

In her desperate situation, Naomi could have begged them to stay with her. Instead, she exemplified prudence and kindness in seeking their welfare before her own.

Jochebed was the mother of Miriam, Aaron and Moses. She was determined, ingenious and completely dedicated to her children. When Pharaoh ordered that all Hebrew male babies be killed upon birth, Jochebed managed to hide Moses and send him adrift in a basket on the Nile.

Miriam spied on the child, assuring that Pharaoh’s daughter would find him. Upon the girl’s suggestion, the princess agreed to having Jochebed nurse and tend Moses (Ex 2:2-10).

How difficult it must have been for Jochebed to surrender her child! Yet, it was far better to give him up than to see him die.

It was love at first sight for Jacob when he met Rachel, and he ended up serving her father for 14 years to earn her hand in marriage. Sadly, Rachel was barren and lamented her childlessness. She wanted so desperately to be a mother that one day she told Jacob, “Give me children or I shall die!” (Gn 30:1).

God finally granted her wish by making her the mother of Joseph and Benjamin. Her ardent desire for children ended in the ultimate sacrifice — she died in childbirth. Rachel is a prime example of a woman devoted totally to motherhood — both in life and death.

As we honor our physical and spiritual mothers this Mother’s Day, perhaps we might honor the mothers of the Bible who played a vital role in who we are today.

PREVIOUS: Jesus’ victory over death leads us to the Father’s house

NEXT: Motherhood: A vocation that grows and changes