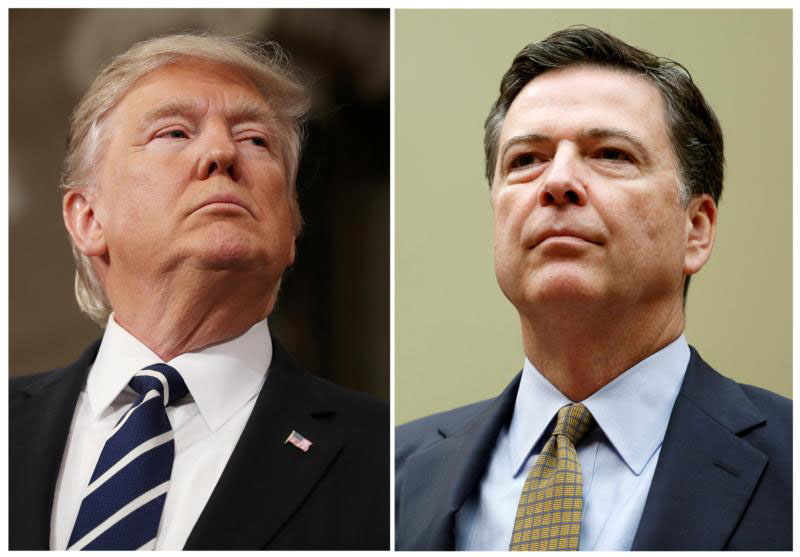 The following unsigned editorial appeared in the May 10 issue of America magazine, a national Catholic weekly magazine run by the Jesuits.

For someone who campaigned on law and order, calling on others to “play by the rules,” President Donald Trump has an unsettling habit of violating traditions and norms of behavior. His abrupt firing of FBI Director James Comey — who learned of his dismissal from reports on television — certainly follows that pattern.

Trump was unaware or unconcerned that his action would be seen as an attempt to shut down the FBI’s investigation into his presidential campaign’s possible ties to the government of Russian leader Vladimir Putin.

The president’s unprecedented use of Twitter is another sign of his impatience with the norms of discourse in government, and his tweets expressing irritation with the scrutiny of Russia’s involvement in American politics show a disdain for the limits and oversight required by our government’s separation of powers.

At this point, it is important to find level ground, rather than stumble down a hill that we may not be able to climb back up. It is tempting to declare Comey’s dismissal a civil or constitutional crisis, to say, as David Frum does in the Atlantic, that we are now at “the hour of testing” for our democracy. But that may only freeze people on either side of our political divide and make it more difficult for any independent investigation to maintain credibility.

The more that Trump is able to paint an investigation as mere political opposition, the more latitude he has among his supporters to continue rejecting oversight and scrutiny from the press. Decoding his motives in firing Comey is less important than making sure that the investigation into any Russian attempts to manipulate our electoral system continues with adequate funding, with the authority to gather all important evidence, and without pressure from the president or administration obstructing its progress.

It also is essential that the investigation be insulated from partisan politics as much as possible; its conclusions will never be accepted by history if they are seen as mere attempts by one political party to score points against the other.

The wounds from the Watergate scandal involving President Richard Nixon and the impeachment of President Bill Clinton did not heal quickly; indeed, the scars may have contributed greatly to the mistrust between our two major parties and their inability to cooperate on both major legislation and the routine business of funding the federal government.

Before embarking on another year of front-page politics, our political leaders should pause and figure out the best way to find the truth rather than to vanquish their opposition. A thorough investigation — and voter pressure on members of Congress to support such an investigation — will be a far more effective brake on Trump’s rejection of standard norms for presidential behavior than simple outrage.

PREVIOUS: End of life comes with a slick marketing proposition

NEXT: Faith and family inform Justice Samuel Alito’s seat on the high court