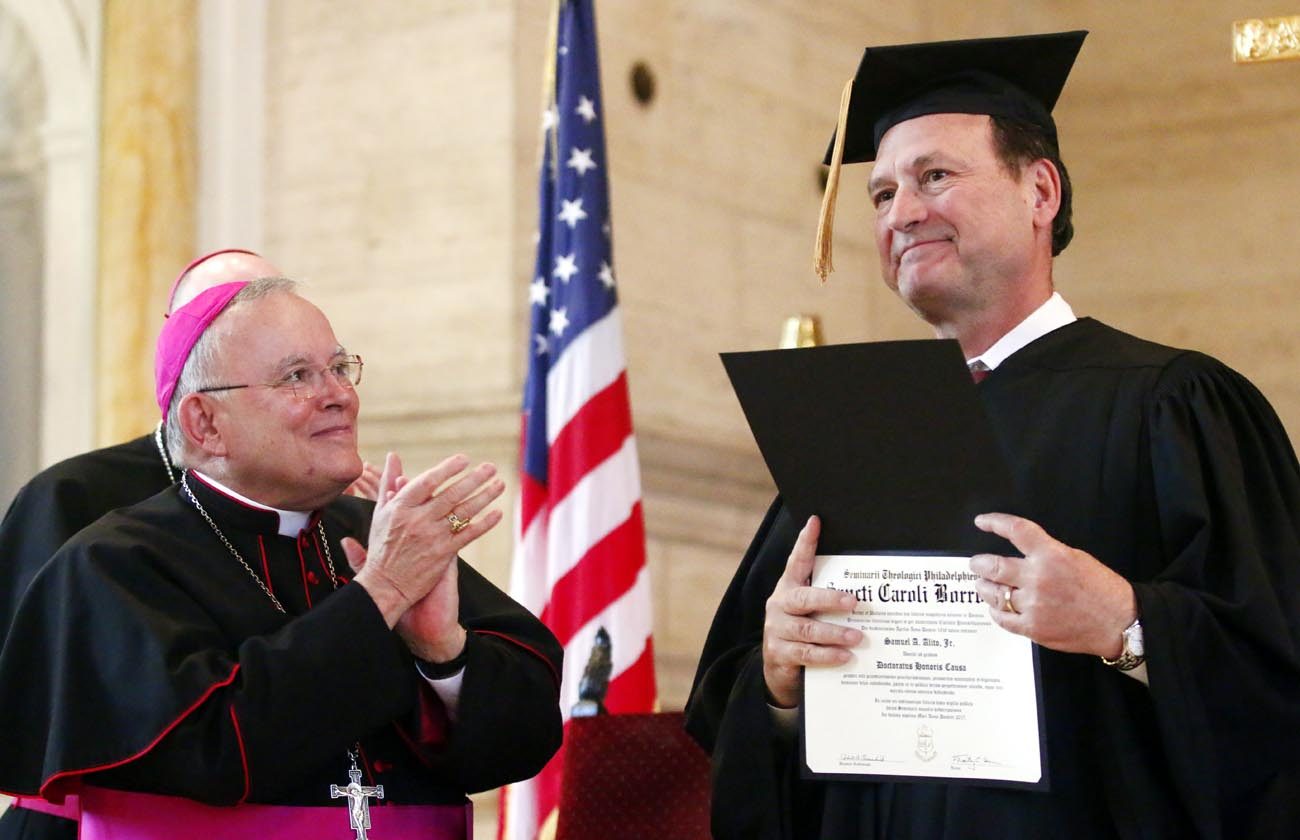 The graduating class at St. Charles Borromeo Seminary received a special treat at the Concursus ceremony held in the seminary chapel on May 17. Associate Justice of the United States Supreme Court Samuel A. Alito Jr. received the degree of Doctor of Humane Letters, Honorus Causa, and delivered the formal address.

The award to Justice Alito was “in testimony to and recognition of his many outstanding contributions to society,” Archbishop Charles Chaput said in his introduction, “especially in protecting the sanctity and dignity of human life, the full responsibilities of the human person and promoting true justice and lasting peace.”

In his address Justice Alito spoke of the freedom of religion as enshrined in the First Amendment of the Constitution and encroachments on that freedom today.

A southern New Jersey native, he is well versed in the history of religious toleration as it developed in Philadelphia, and the important role that religion played in the development of the Constitution, including the visits by the founding fathers to the city’s various churches, among them Old Saint Mary’s, tracing back to the Revolution.

Part of freedom of religion is “no one is forced to act in violation of his own beliefs,” Justice Alito said. “Most of my life Americans were instilled in this,” he added, urging his audience to “keep the flame burning.”

In an interview for the seminarians’ blog, “Seminarian Casual,” Alito said that “our most foresighted Founders understood that our country could not hold together unless religious freedom was protected.”

Which is why, he said, George Washington, shortly after his election as the nation’s first president “made a point of writing to minority religious groups, to the United Baptist churches in Virginia, the annual meeting of Quakers, the Hebrew Congregation of Newport, Rhode Island, and to the nation’s tiny Catholic population.”

“Washington and other founders also saw a vital connection between religion and the character needed for republican self-government,” Alito added. “What the founders understood more than 200 years ago is just as true today.”

Regarding threats to religious freedom, the justice said, “There is cause for concern at the present time.”

He noted that in his dissent in the Obergefell decision in which the Supreme Court held that the U.S. Constitution guarantees a right to same-sex marriage, “I anticipated that the decision would ‘be used to vilify Americans who are unwilling to assent to the new orthodoxy.’

“I added, ‘I assume that those who cling to old beliefs will be able to whisper their thoughts in the recesses of their homes, but if they repeat those views in public, they will risk being labeled as bigots and treated as such by governments, employers, and schools.'”

(See the extensive interview with Justice Alito by Seminarian Casual, the blog by students of St. Charles Seminary.)

“He was very inspiring,” commented Bishop Timothy Senior, the rector of St. Charles Seminary. “He reminded us that of the rights imbedded in our Constitution, religious freedom is the most fundamental and it is not respected throughout the world today.”

Jim Godericci, who attended Concursus with his wife Regina, who is a member of the Development Committee of the seminary, found it encouraging that “there are still some people in the justice field who still have a God-fearing, God-respecting attitude.”

Bishop Ronald Gainer of Harrisburg, who has seminarians at St. Charles and is himself a graduate, appreciated the topic of religious freedom, especially the local flavor and historical perspective.

“It’s extremely important; so many of our citizens have no clue of the history of these issues,” he said. “The contemporary feeling is not the same as at the roots.”

Focusing on the question, “Why are we here?” he said, “We are here for the same reason a Christian goes anywhere: to love God and others as Christ loves us and I thank him every day that he has sent me here to do it.”

The address given by Lynch, who will now go on to theological studies, underscores the fact that St. Charles Seminary is not just a training ground for Philadelphia priests.

— Of the nine seminarians receiving the Bachelor of Arts in philosophy, three are studying for Philadelphia, six for other dioceses.

— Of the 15 receiving the Master of Arts in theology, one was for Philadelphia, five were for other dioceses and there were also five nuns, one deacon, two layman and one laywoman. There were also 35 laymen and laywomen who received Certificates in Church Ministry. Certificates for pre-theology candidates included two studying for the Archdiocese of Philadelphia and six for other dioceses.

As is customary in such ceremonies, special awards were presented, including in one case to students who are not receiving a degree this year. 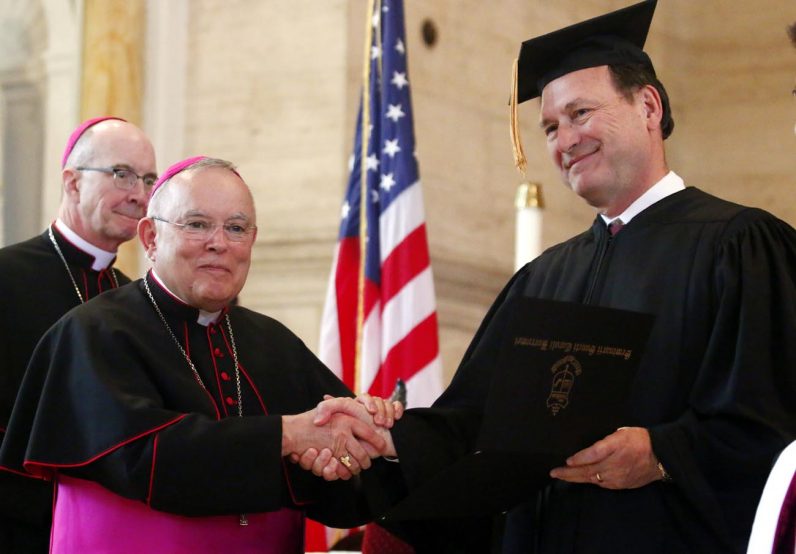 NEXT: Clergy assignments in archdiocese announced