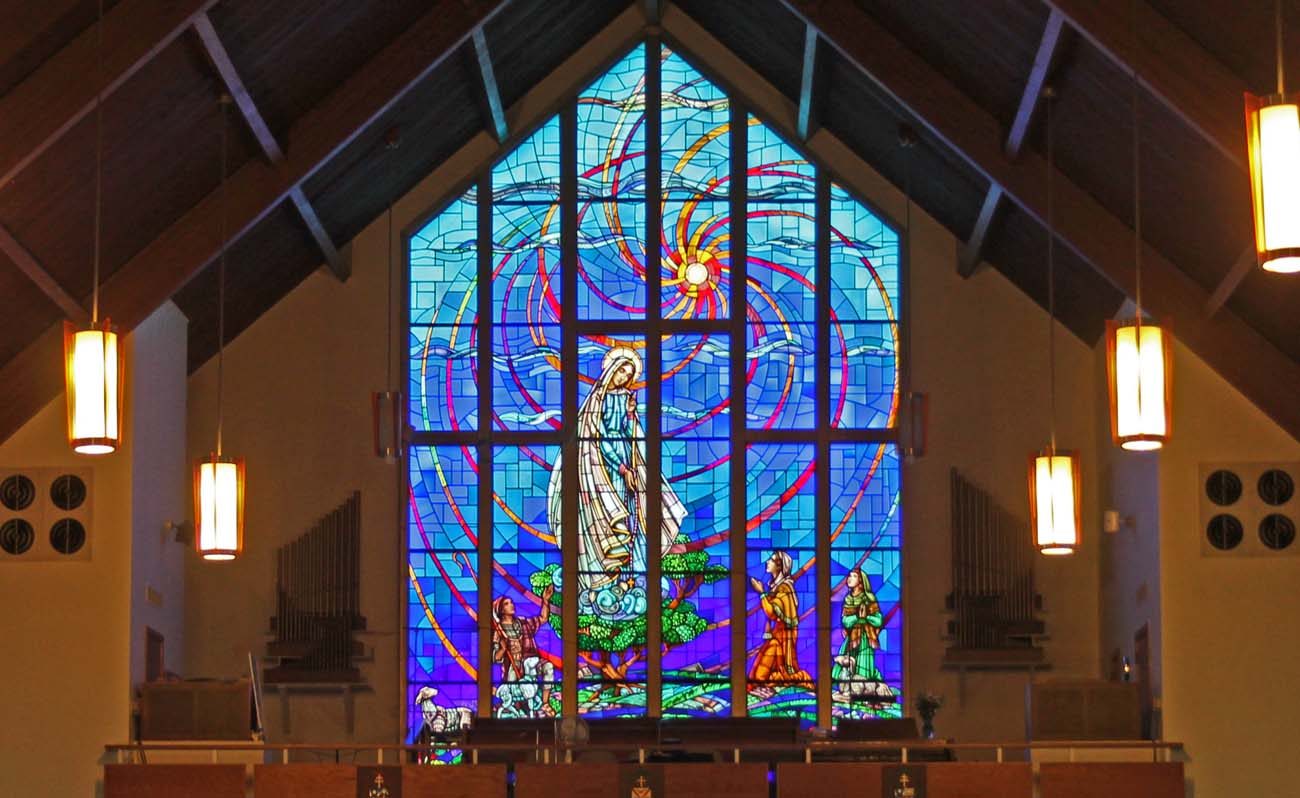 The weekend of May 13-14 certainly was a celebration of the centenary of the appearance of Our Lady in Fatima especially with Pope Francis visiting Portugal to canonize two of the young children to whom she appeared, and local celebrations at the cathedral and elsewhere.

But devotion to Our Lady of Fatima is a tradition tracing back almost to the beginning and it is ongoing. For much of the time, the devotion was especially fostered by the Blue Army of Our Lady of Fatima, which is now called the World Apostolate of Fatima.

Joseph Borek, a past president of the Archdiocesan Division of the World Apostolate, has fostered devotion to Mary for many years. At present he has custody of a statue of Our Lady of Fatima that was blessed by the Bishop of Fatima at the time of the 50th anniversary. Later it was venerated and crowned, first at the Cathedral Basilica of SS. Peter and Paul and then at churches throughout Pennsylvania.

This year it will be enshrined at his parish, St. Andrew in Newtown, on the 13th of the month from May through October.

“People can come and fulfill the requirements for the plenary indulgence granted by the pope,” Borek said. “It is still fulfilling its original purpose.”

In Northeast Philadelphia, where Michael Cella is president of the Queen of Peace Chapter of the World Apostolate, another statue will rotate to various churches on the 13th of the month, beginning in June. The first observation of the devotion was held at the Cathedral on May 13.

Subsequent months for the devotion, which includes specific prayers and the rosary, will be June 13 at St. Katherine of Siena; July 13 at St. John Cantius; Aug. 13 at St. Timothy; Sept. 13 at St. Bartholomew and Oct. 13 at the Cathedral Chapel. In all parishes the service will begin at 7 p.m.

“We are in our ninth year of doing these Holy Hours in the Northeast,” Cella said.

Typically there are about 50 people who will travel to each of the services, and they will be joined by local people, he explained, adding the number will probably grow because of the publicity for the centenary.

“At this pivotal time, we are hearing more about the apostolate,” Cella said.

At the Miraculous Medal Shrine in the Germantown section of the city, Vincentian Father Michael Callaghan, speaking at a May 13 observance of the Fatima apparition centenary, said, “Our Lady of Fatima calls us to a new age of spiritual enlightenment and peacemaking. Her message is still very much needed today in the 21st century just as it was in the 20th century.”

On the far northern edge of the archdiocese, Fatima House Retreat Center in Bedminster is dedicated to Our Lady of Fatima, according to Joan Black, the director. The centenary was officially celebrated at St. John the Baptist Church in Ottsville, with a Mass with Father Simione Volavola, O.S.C., as the principal celebrant.

“We are a vowed community of about 20 laypeople,” Black said of the Apostolate of Our Lady of Fatima, the organization for which she is the moderator and which runs the retreat center.

Although the members participate in daily Mass and other devotions, they do not live in community. The retreat facility, which opened in 1955, can accommodate about 50 people with 12 to 14 overnight.

“Our main focus is intercessory prayer, praying for world peace and for the souls of all,” Black said.

“What God did in Fatima 100 years ago is very much relevant today,” said Meghan Cokeley, director of the archdiocesan Office for the New Evangelization. “Conversion and prayer is what changes the world. That is something we need today more than ever. There is a tendency today to despair about the culture. We can’t change it, but Our Lady can.”

Cokeley points to the decision of the Pennsylvania bishops to consecrate all of their dioceses to the Blessed Mother in response to the celebration of the apparition of the Virgin in Fatima a century ago.

“It’s a refreshing of the original grace given in Fatima,” she said. “Our Lady has a plan for us and we need it.”