Where are teen boys going this summer? To Quo Vadis camp 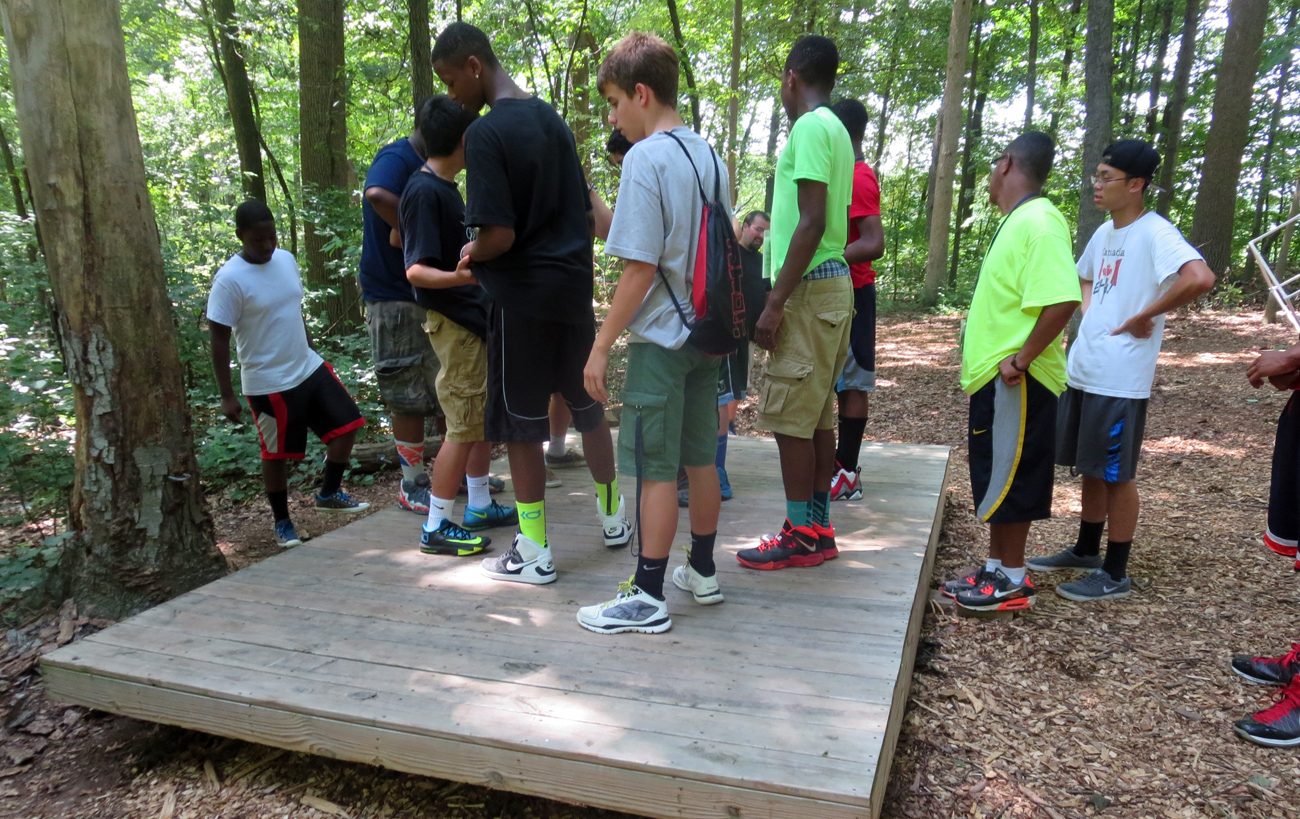 Teens at a previous Quo Vadis retreat get ready to go on a hike in the woods of Black Rock Retreat Center in Lancaster County. 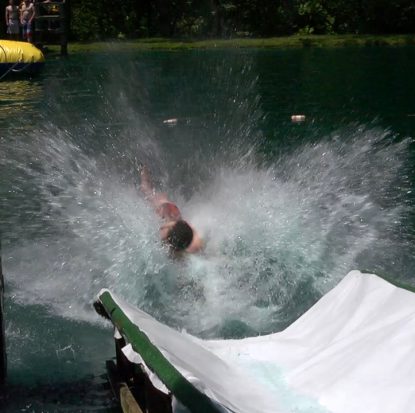 A boy takes a splash off a water slide at the Quo Vadis retreat.

Quo Vadis is a Latin phrase meaning “Where are you going?” and is traditionally attributed to St. Peter during a surprise encounter with the risen Jesus near Rome.

It is also an apt question to be posed to a young man (high school age) who just might be considering a future journey to St. Charles Borromeo Seminary to be formed as priest.

That’s the reason Quo Vadis is the name given to an annual retreat/camping experience for teens sponsored by the Philadelphia Vocation Office for the Diocesan Priesthood held annually in recent years at Black Rock Retreat Center in Quarryville, Lancaster County.

“It’s a dynamic experience from the students’ perspective,” said Father Stephen DeLacy, the director of the Vocations Office. “It started out nine years ago when Father Chris Rogers was vocations director, but of course there were always visits to the seminary.”

This year’s four-day, three-night retreat will be held June 26-29, and is open to incoming high school freshman through June graduates. The cost is only $35 thanks to generous subsidy funding through outside sources including the local Serra Clubs.

On the fun side, the campers can swim in a lake, do rock climbing, play such sports as basketball and soccer, and a get involved in a few fun novelty sports such as bubble soccer, gaga ball, trampoline and a humongous water slide.

(Watch a video on the retreat below:)

And what would summer camp be without campfires? Let’s also not forget the food. This is Lancaster County where great meals are the norm.

There is also daily Mass, Eucharistic Adoration, exposure to the Liturgy of the Hours, rosary and vocational talks.

Quo Vadis is also an opportunity for the teens to mingle with others who feel as they do, including their own peers or actual seminarians who believe a calling to the priesthood is really something to be at least considered.

“The goal is not to get all of them into the seminary, the goal is to get them all seeking what God’s will for them is,” Father DeLacy said. For some that call may lead to the seminary.

Alexander Pancoast, who is in second year theology at St. Charles, can attest to that.

He first went to Quo Vadis in 2009 after his junior year in high school when the camp was held at the former Camp Neumann in Jamison.

“It was actually my first retreat experience,” he recalls. “I thought it was a very effective program and I made my decision to enter the seminary shortly after that. I realized God wanted me to become a priest and after I went home I put in my application to St. Charles and entered the next year.”

Since then he has returned to the annual summer camp, now at Black Rock, every year except 2016 when he participated in a required Spanish immersion summer program.

There are currently about 10 seminarians at St. Charles who have been through the Quo Vadis experience. Father DeLacy, who is assisted in his office by Amanda Deo and Susan Matour, would like to double that number. 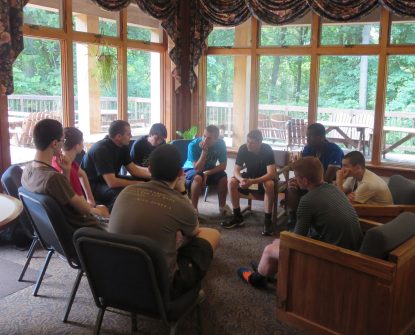 Father Dan Arechebala leads a conference on seeking God’s will for one’s life during a Quo Vadis retreat.