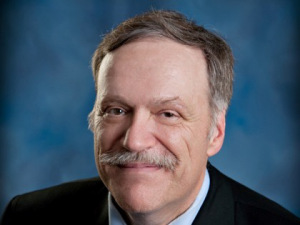 Mark Abrams of KYW Newsradio will receive the Cardinal Foley Award for Excellence in Communications May 24 at St. Charles Seminary.

In celebration of the World Day of Social Communications on Wednesday, May 24, St. Charles Borromeo Seminary will host the second annual John Cardinal Foley Symposium featuring a public forum, Mass and an awards dinner.

Beginning at 3 p.m. in the seminary’s Vianney Hall, a panel of communications professionals will discuss the message of Pope Francis on “Communicating Hope and Trust in Our Time.”

The panel will include KYW Newsradio’s Mark Abrams, Father James Chern of the Newman Catholic Center at Montclair State University and Michael Smith, associate professor of communications at La Salle University. The discussion is free and open to the public.

A vigil Mass for the Solemnity of the Ascension of the Lord will be celebrated at 5 p.m. in the seminary’s Immaculate Conception Chapel with Bishop Timothy Senior, rector of the seminary, as the main celebrant.

A ticketed dinner will follow at 6:30 p.m. in the Eakins Room, during which two awards will be presented.

Tickets for the symposium dinner are $40 per person or $400 for a table of 10. Seating is limited, and tickets should be purchased as soon as possible by contacting Cathy Peacock at 610-785-6530 or email cpeacock@scs.edu.

The John Cardinal Foley Chair in Homiletics and Social Communications, founded in 2013-2014, seeks to support the work of the Catholic Church by teaching seminary students and church groups, working with staff in parishes and dioceses, and engaging in dialogue with journalists and media professionals.

At St. Charles, the Cardinal Foley Chair sponsors an annual forum to inaugurate the academic year, an annual lecture by an internationally prominent speaker on social communications in the church and the annual symposium to celebrate the World Day of Social Communications. For details, visit the website at www.scs.edu/john-cardinal-foley-chair.

NEXT: Who’s got spirit? Mercy Career and Tech does