Anyone can evangelize — here’s how 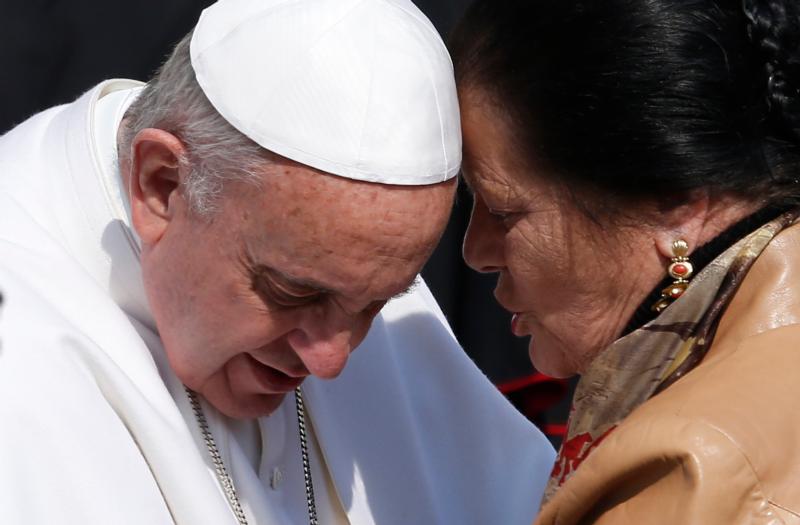 It’s a command that accompanies our baptism. Pope Francis, in “Evangelii Gaudium” (“Joy of the Gospel”), proclaimed, “In virtue of their baptism, all the members of the people of God have become missionary disciples.”

The pope added that “anyone who has truly experienced God’s saving love does not need much time or lengthy training to go out and proclaim that love.”

How to accomplish that?

First, don’t make it complicated, advise two veterans of evangelistic ventures. With the theme of this year’s Catechetical Sunday (September 17) as “Living as Missionary Disciples,” they’re here to help.

“There’s no one way to evangelize. I’ve become more and more convinced that evangelization is not built over large things, but rather, small events,” says Father Frank Donio, director of the Catholic Apostolate Center (catholicapostolatecenter.org) and a consultant on evangelization for the U.S. Conference of Catholic Bishops.

The USCCB has a new leadership guide, “Living as Missionary Disciples,” which includes this quote from Pope Paul VI: “The church evangelizes when she seeks to convert, solely through the divine power of the message she proclaims, both the personal and collective consciences of people, the activities in which they engage, and the lives and concrete milieus which are theirs.”

It adds that Pope Francis, in “Evangelii Gaudium,” also observed, “All the baptized, whatever their position in their church or their level of instruction in the faith, are agents of evangelization.”

That, says Father Donio, is “a pretty clear indication of what that can look like. Stopping and listening to a person. Not just focusing on our lives or on an issue, but on what’s going on around us. It means being where people are. And that can be in our own families, too.”

Steve Dawson, national director of the grass-roots organization St. Paul Street Evangelization, takes a more dramatic stance. “We’ve got to have a mind change and shift in mentality among the faithful,” he said, but he agrees that sharing the Gospel message involves unpretentious tasks.

After you listen, says Dawson, have a personal testimony and be able to share your story. “Why is the faith important to you? How has that changed your life?”

It doesn’t always have to be about words, but rather with the example set by your own life, Father Donio advises, and that also can be through social media. “Ask yourself, do I put something faith-oriented out there? Am I afraid to do that?”

And evangelizing can also be as simple as “helping someone who is suffering in some way.”

The St. Paul street evangelists, based in Bloomington, Indiana, are known for handing out rosaries and medals in the manner of saints Mother Teresa and Maximilian Kolbe, the Franciscan friar who sacrificed his life at Auschwitz during World War II. They have, says Dawson, “the ability to start conversations.”

One of his encounters, which occurred in Michigan, has become a favorite story.

It was with a young pregnant woman, who, in the course of their conversation, told him she was considering an abortion.

Dawson knew it was vital, at that point, not to get into a confrontation, but rather a gentle conversation.

That, he thought, was the end of it. Until he saw her some weeks later.

“Experiences like that — a two-minute conversation with people I’ve never met before. Genuine miracles,” Dawson marvels.

PREVIOUS: The prophets as communicators of God’s word

NEXT: The extraordinary mission of ordinary Catholics