The prophets as communicators of God’s word 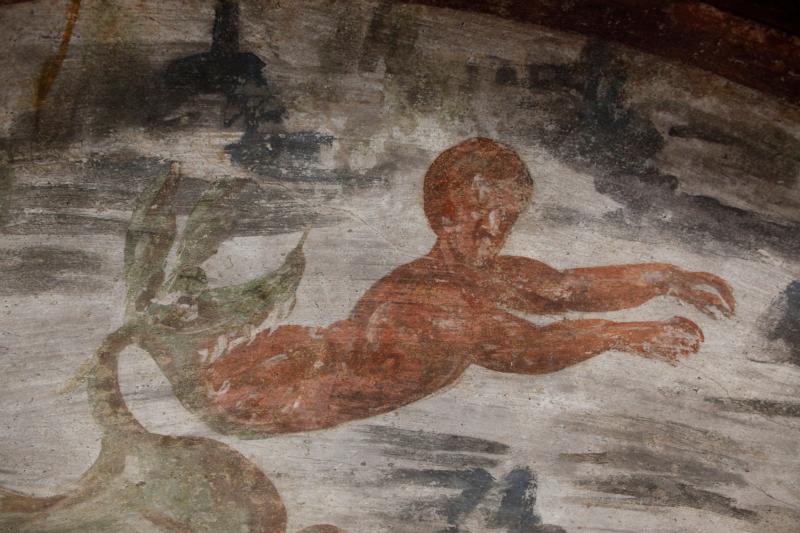 Jonah, a familiar prophet, is spit out of the whale in this fresco seen during the unveiling of two newly restored burial chambers in the Christian catacombs of St. Domitilla in Rome May 30. Often, the prophets communicated the word of God at their own peril. By the same token, avoiding God’s call — as Jonah so famously tried to do — can have its own consequences. (CNS photo/Carol Glatz)

Before the incarnation of Christ, the Word of God made flesh, God’s word was communicated to his people through the prophets. As the mouthpieces of the Lord, they provided instruction, admonishment, encouragement and comfort to his people.

The names of many of these prophets are quite familiar to Jews and Christians today, even to those not terribly familiar with Scripture: Isaiah and Jeremiah, Hosea and Jonah, David, Daniel, Zechariah and many others. Quite often these were erratic, eccentric and downright strange individuals — but that did not negate for even a moment that they were speaking the word of God.

Often, the prophets communicated the word of God at their own peril. By the same token, avoiding God’s call — as Jonah so famously tried to do — can have its own consequences. It is no small thing to be a communicator of the word.

Since the Word of God became flesh, the call to proclaim the word took on a radically new meaning. The whole matter now essentially revolves around the command of Jesus that his disciples “go into the whole world and proclaim the Gospel to every creature” (Mk 16:15).

This command was given after the Resurrection, and before the Ascension, during those brief 40 days during which the risen Christ walked among us again. And that is the Gospel that we are called to proclaim.

The prophets of the Old Testament prefigured the prophetic office all the baptized hold, and the apostles and other disciples of Jesus were the first in the Christian line of proclaimers of Christ.

Pope Benedict XVI, in his postsynodal apostolic exhortation “Verbum Domini,” wrote that “the same Spirit who spoke through the prophets sustains and inspires the church in her task of proclaiming the word of God and in the preaching of the apostles.” We are all the successors of the apostles in this sense, called to be prophets in our own time.

We can be prophets by being bearers of the word of God — in continuity with the prophets of old and the disciples of Jesus.

In the Second Vatican Council’s Dogmatic Constitution on Divine Revelation, “Dei Verbum,” the council fathers declared that the “Gospel had been promised in former times through the prophets, and Christ himself had fulfilled it and promulgated it with his lips.”

The apostles then fulfilled his commission to go out and preach the Gospel, and the church has not ceased doing so — and never will.

These prophets and disciples were very often seen as a little “out there.” We must not be afraid to go against the grain of society: We must be communicators, preachers, proclaimers of the word!

PREVIOUS: In a prayerful place, find the ‘right amount of distraction’

NEXT: Anyone can evangelize — here’s how