Jimi Taro Patrick deserves to be remembered for more than being in the wrong place at the wrong time.

Like me, most people in this region only knew of the 19-year-old Bucks County resident from recent news reports: how he’d been murdered earlier this month on a Solebury Township farm, his body burned and crudely buried in a makeshift grave.

Jimi and his fellow victims – Dean Finocchiaro, 19; Mark Sturgis, 22; and Thomas Meo, 21 – should all have been known for a long life well lived, not a cruel end met too young. They might have earned reputations someday as solid husbands, fathers and friends, if they’d had the chance. 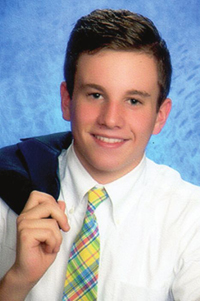 Instead, most people might remember the news reports of possible drug deals gone bad. In the future, perhaps at the criminal trials for the two young Bucks County men accused of taking part in the murders, we will learn more details of this tragedy.

If we find that the four boys made mistakes, whether by attempting to buy illegal marijuana or simply associating with some bad actors, we shouldn’t condemn them. What young men haven’t made mistakes that they regret but which nevertheless they lived to talk about?

Lurid curiosity didn’t draw me to attend Jimi Patrick’s funeral Mass last Friday, July 21 at St. Andrew Church in Newtown, the last of the funerals of the four boys.

Moved by anonymous compassion, I wanted to pray for him with those who loved and knew him. I was grateful for the public liturgy that gave even strangers the chance to commend him to the Father of Mercy.

The people at St. Andrew’s already knew what I learned, that Jimi was a good student at Loyola University Maryland who had graduated last year from Holy Ghost Prep in Bensalem. His intelligence and talent as a baseball player, plus his work ethic and general good nature, were the talk of people at the funeral.

There were tears of course, especially as the casket was carried out of the church. There were also affectionate hugs and handshakes especially among the young adults who packed one of the county’s largest churches.

One might expect a sense of hopelessness when a young person dies, even more so when his life is taken by violence.

But St. Andrew’s pastor, Msgr. Michael Picard, said in his homily, “Hopelessness will not help us. Hope will. That hope is right here on this day. Jesus promises resurrection and new life to Jimi and to you and me. He won’t let us down.”

That sense of hope was palpable at the funeral as people sang the hymns and prayed together, received holy Communion and lingered around the church long after the hearse had pulled away for a private interment.

Jimi Taro Patrick and his friends had a lot to live for. They should have had the chance. And the friends and family members who bade them goodbye caught the lesson, I think, of the Mass and their friend’s life: that they have a long life of love and service to live, filled with hope and not despair.

Jimi walks through this life no more. But his friends go on, with the bedrock of Christian faith beneath them and the hope of Christ accompanying them until they arrive, after a long and well-traveled journey, at our heavenly home.

May Jimi and all the faithful departed through the mercy of God rest in peace, and may his friends live in hope. 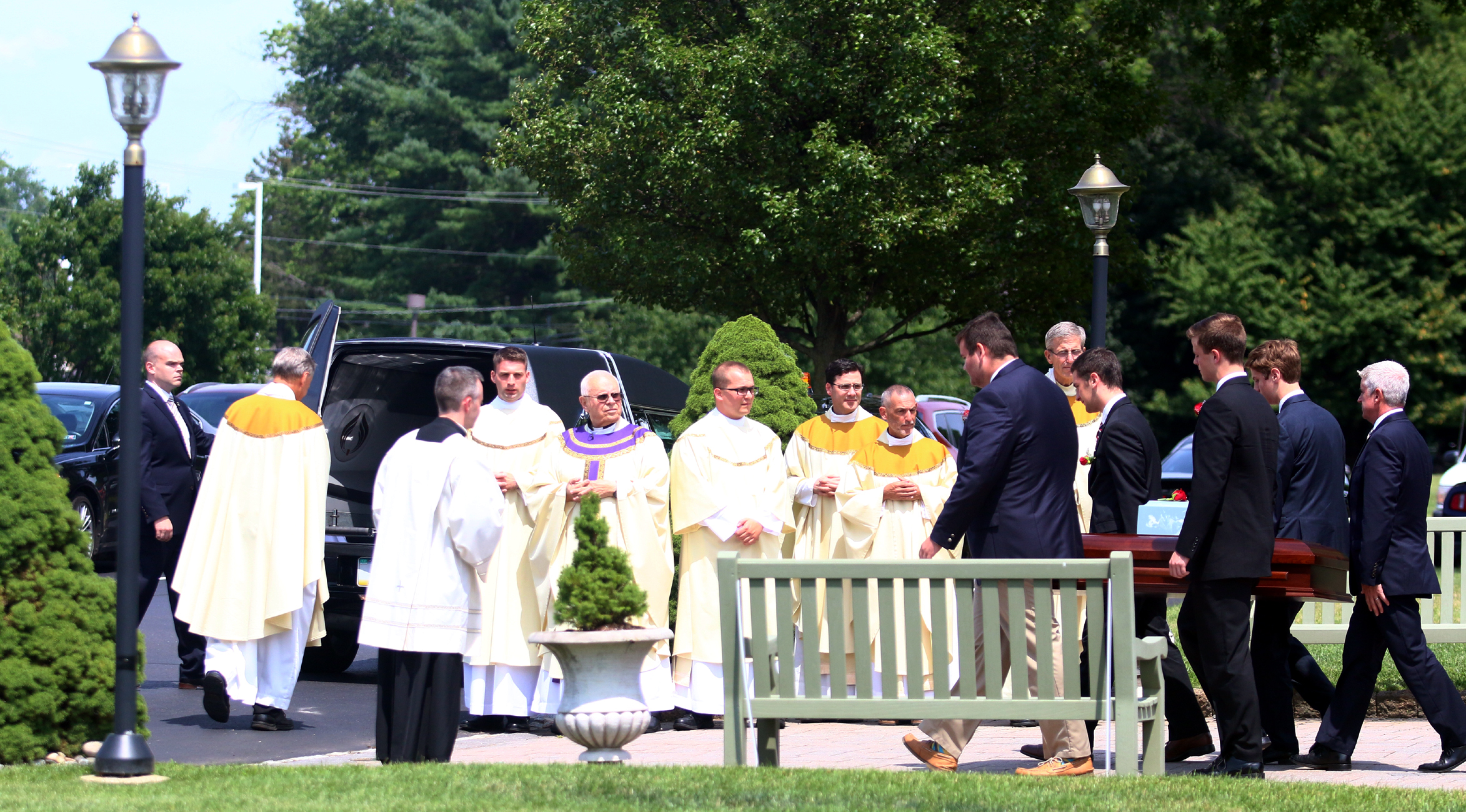 Pallbearers carry the remains of their friend, Jimi Taro Patrick, from St. Andrew Church in Newtown after his July 21 funeral Mass. (Photo by Sarah Webb)

PREVIOUS: Jesuit journal’s essay was an overreaction to a questionable problem

NEXT: Health care needs fixing, not the scrap yard