Half of archdiocesan high schools to see leadership changes

Nine of Philadelphia’s 17 archdiocesan high schools will start the 2017-18 school year with changes in leadership, according to releases sent by Faith in the Future, the Office for Catholic Education and the Boards of Directors of the schools. 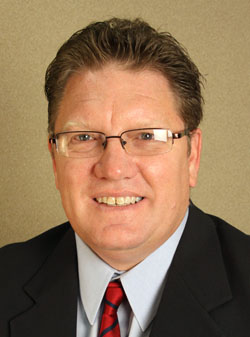 At Cardinal O’Hara High School, Gerald “Jay” DeFrusco will succeed Thomas Fertal as president. A 1978 graduate of Msgr. Bonner High School with an MBA from Wheeling Jesuit University, DeFrusco has a prior career in higher education and athletics, most recently with the Atlantic 10 Athletic Conference where he served as associate director.

Most recently he has been Chief of Staff for Congressman Brendan Boyle, and prior to that Boyle’s chief of staff in the Pennsylvania House of Representatives.

A graduate of Father Judge, Schilling received a bachelor’s degree in criminal justice from Holy Family University and master’s degrees in education and administration from Holy Family and Arcadia universities, respectively. A former police officer and detective, his recent work experience has been as principal in an elementary school and two charter schools, most recently at New Foundations Charter High School.

He served as a parochial vicar at St. Joseph Parish in Downingtown and was a faculty member at Archbishop John Carroll High School. Most recently he has been school minister at Pope John Paul II, as well as a member of various archdiocesan committees. 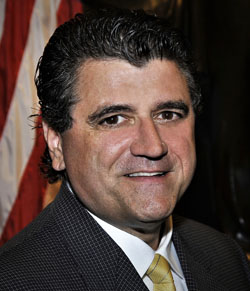 SS. John Neumann and Maria Goretti High School welcomes Joseph M. McColgan as its new president, succeeding Bruce Robinson. He holds a bachelor of arts in political science and a master’s in business administration, both from Villanova University.

A former U.S. Navy Officer, McColgan most recently was a principal with Acretive 212, and has held management positions in the field of finance with Fisher Investments, Wells Fargo Private Bank and SEI Investment Group among others.

At West Catholic Preparatory High School Kelly Lanza has been named principal succeeding James Gallagher. She holds a bachelor of arts degree in English and secondary education from St. Joseph’s University and a master’s degree in education leadership from Cabrini University.

He holds a Bachelor of Arts degree from the University of Notre Dame, a Master of Arts from New York University and a doctorate in religious studies from Marquette University. His most recent employment was with NeighborWorks America, based in Washington, D.C., where he created, implemented and managed community development organization around the country.