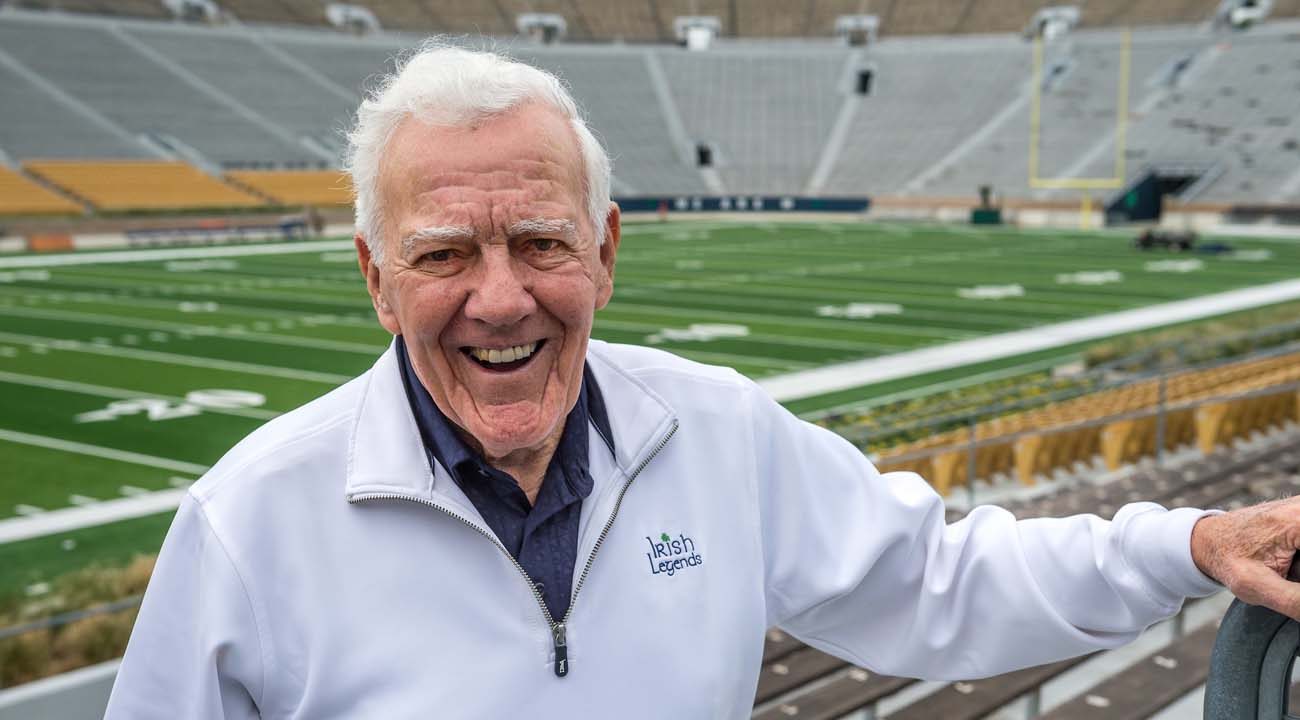 ST. PAUL, Minn. (CNS) — Though not a Catholic himself, legendary University of Notre Dame football coach Ara Parseghian had a notable respect for the school’s Catholic faith as well as the Fighting Irish’s gridiron tradition.

“There was always an underlying spirituality to whatever happened at Notre Dame,” Parseghian told the National Catholic Register in 2013. “That was one of the main reasons I enjoyed being there so much.”

An afternoon Mass to celebrate the life of Parseghian was to be celebrated Aug. 6, the feast of the Transfiguration, at the Basilica of the Sacred Heart at the University of Notre Dame with the university’s president, Holy Cross Father John I. Jenkins, as the main celebrant.

Following Mass, family members and former players and colleagues of the late coach were to speak at memorial celebration at Purcell Pavilion at the Joyce Center.

Academic standards remained high during Parseghian’s tenure, something many powerhouse college football programs skirted in the second half of the 1900s to get top talent on the field.

“The coaching staff knew that Notre Dame was first and foremost an institution of higher learning,” Parseghian told the National Catholic Register. “The central purpose of attending the school was to become educated in a specific discipline. Football was strictly secondary.”

A secondary priority turned out well in returning Notre Dame to gridiron glory. The Irish won their first national title since 1949. Parseghian arrived after the Irish’s 2-7 season in 1963. It didn’t look any prettier before that with three 5-5 seasons since 1959 and a 2-8 mark in 1960. 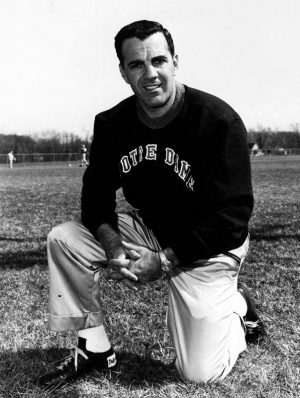 Parseghian had a solid run, 36-35-1, with a non-powerhouse program at Northwestern University in Evanston, Illinois, for eight seasons before joining the Irish. He coached the Irish to a pair of unbeaten seasons in the national title years, and his teams never lost more than three games in the season. They won two Cotton Bowls, two Orange Bowls and one Sugar Bowl in his tenure.

Besides maintaining academic expectations, Parseghian provided opportunities for players to engage in the Catholic faith. The team stayed at Moreau Seminary at Notre Dame the night before home games, which began during Parseghian’s first season in 1964. All Irish players attended Mass and received blessed medals the next morning, according to the National Catholic Register.

“I was pleased with this, because the atmosphere of the seminary was so tranquil,” Parseghian told the Register. “It was very conducive to getting a good night’s rest.”

Parseghian’s Irish went unbeaten at Notre Dame Stadium in four of his 11 seasons at the helm.

He retired at 51 and lived in South Bend his remaining years. In 1980, he was inducted into the College Football Hall of Fame.

Ara Raoul Parseghian was born May 21, 1923, in Akron, Ohio. He enrolled at the University of Akron after playing high school football. Parseghian quit to enlist in the U.S. Navy during World War II. After serving for two years, he attended Miami University in Ohio, then went on to play halfback for pro football’s Cleveland Browns. While with the team, the Browns won All-America Football Conference championships in 1948 and 1949. A hip injury ended Parseghian’s pro career.

He is survived by his wife of 69 years, Kathleen; two children, Kris Humbert and Mike Parseghian; and a grandson. The couple’s daughter Karan died in 2012 of complications from multiple sclerosis.

PREVIOUS: Pezzullo, former diplomat who was first layman to head CRS, dies at 91