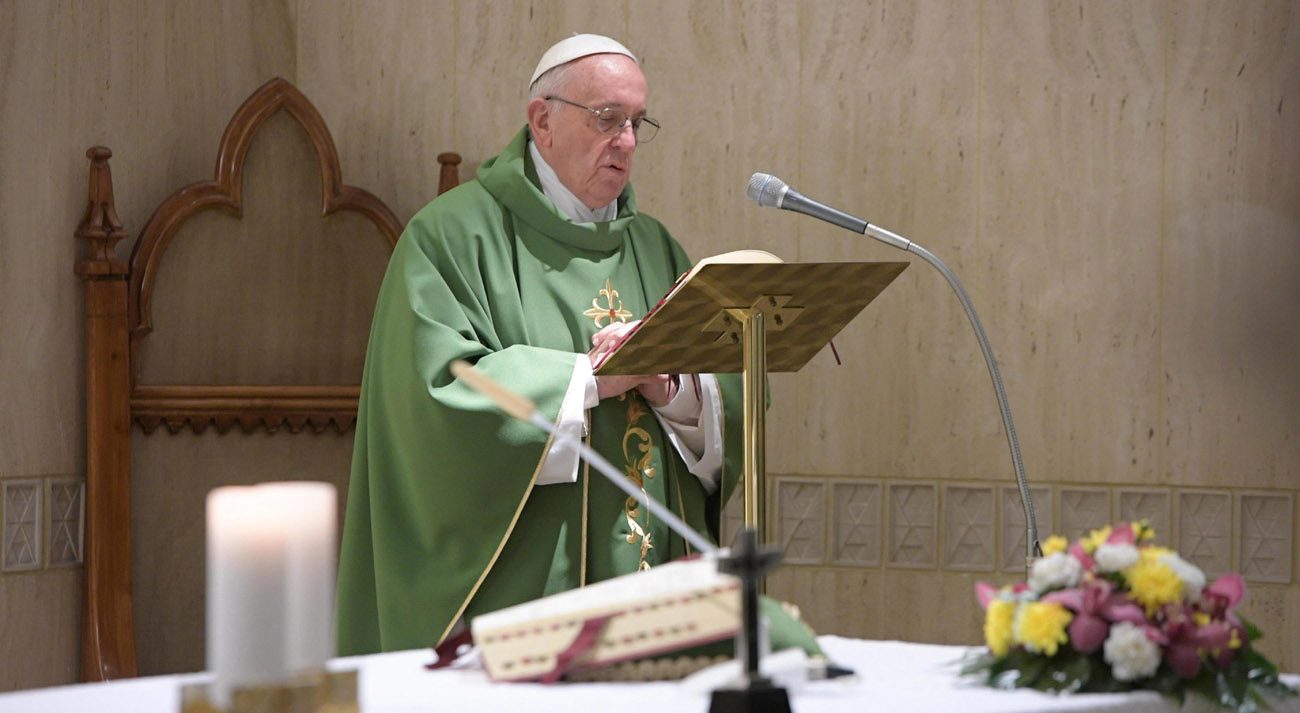 Pope Francis celebrates Mass in the chapel of his Vatican residence at the Domus Sanctae Marthae Sept. 26. (CNS photo/L'Osservatore Romano)

VATICAN CITY (CNS) — A close relationship with Jesus isn’t just about being an educated disciple but being a member of his family who listens and practices his teachings, Pope Francis said.

Although Christians who “live in the Lord’s house are free,” there are others who call themselves Christian “but do not dare to come close, they do not dare to have this familiarity with the Lord and there is always a distance,” the pope said Sept. 26 during his homily at morning Mass at Domus Sanctae Marthae.

The pope reflected on the day’s Gospel from St. Luke in which Jesus replied to those who informed him that his mother and his family were standing outside hoping to see him.

“My mother and my brothers are those who hear the word of God and act on it,” Jesus said.

Jesus has a much broader concept of the family and it is “something much more than being a ‘disciple’ or a ‘friend,'” the pope said.

Saints, he continued, always had this familiarity with Jesus, often praying to discern his will, and they “would find Jesus everywhere, even (moving) among the pots in the kitchen.”

Like the saints, Pope Francis said, Christians must also pray to remain close to the Lord and ask for the grace to understand what it means to establish familiarity with him.

“Let us make a step toward this attitude of familiarity with the Lord. That Christian, with his problems, who is on the bus, on the subway and speaks in his mind to the Lord or at least knows that the Lord is watching him, he is close. This is familiarity, this is closeness, this is how it feels to be a part of Jesus’ family,” the pope said.

PREVIOUS: The Magnificat: Every day is karaoke night with Mary

NEXT: Worst sin is doubting God waits for all sinners to convert, pope says