This column appeared first on AngelusNews.com, news website of the Archdiocese of Los Angeles. 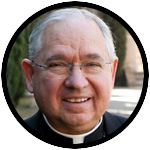 As members of Congress return to Washington from their August recess, once more the air is filled with rumors and tensions over immigration.

A Sept. 5 deadline looms. That is when the attorneys general of 10 states have promised to file suit against President Trump if he does not cancel the Deferred Action for Childhood Arrivals program (DACA), enacted five years ago by President Obama.

DACA protects from deportation 800,000 people who were brought into this country illegally when they were children; it also allows them to get work permits.

President Trump campaigned on a promise to end DACA. But since his election he has expressed sympathy for these young people, promising to treat them with “great heart.”

His words on DACA have been reassuring, even as his actions in other areas — ordering increased immigration raids and deportations — have caused widespread fear.

Immigration remains a difficult issue and it is made even more difficult by the polarization of our politics. It is no secret that both parties and activist groups on either side “benefit” by the present gridlock.

Across the board, there has been reluctance to seek common ground. All sides seem willing to leave the issue unresolved, even if that means people continue to suffer — all for the sake of not “giving the other side a win.”

No one should be naïve about this reality. But we should not accept this reality, either. It is a sign of something deeply unhealthy in our democracy when all sides believe it is to their advantage not to solve problems or work together for the common good.

For all the controversy, the current administration is only continuing the policy of the previous administration. President Obama deported nearly 3 million people in eight years. President Trump seems intent on deporting even more.

We all agree the government should deport criminals who threaten the safety of our communities. But the wide net the government is now casting to catch those President Trump calls “bad hombres,” is also catching a lot of good people — ordinary moms and dads who have been in this country for decades; young people starting their careers; small-business owners. These are the kinds of stories we are hearing from around the country in recent months.

So, we need to go piece by piece. We may need to move slowly. But it is long past time to begin doing something constructive.

The basic outlines of immigration reform are easy to understand.

Security: We need to secure our borders and establish an orderly and fair system for verifying who can enter our country and how long they can stay. We also need a noninvasive way to keep track of people once they enter this country.

Visa reform: The best border “wall” we could build is a well-functioning visa system. We need a system that enables us to welcome workers with the skills we need to meet the realities of the global economy. That means ensuring we are granting enough visas for agricultural and construction workers, for service workers and unskilled labor; for hi-tech, medicine and other education-intensive industries. We also need a system for bringing in nonministerial religious workers who provide critical services in many areas.

The undocumented: What to do about the 11 million undocumented persons living among us is the most complicated and controversial aspect of reform. It does not need to be. There is broad public support for granting them a generous path to regularizing their status and even citizenship — provided they meet certain requirements, such as learning English, paying some fines and holding a job that pays taxes.

What we need to do to reform our system is clear.

We need to keep in mind that beneath all the politics, there are real people, real issues and legitimate differences of opinion. That should not be an excuse for inaction. It should be the reason for coming together and finding a way to move forward.

We can begin right now by resolving the situation of the DACA young people.

It would be a tragedy to cancel DACA and declare these 800,000 young people “illegal” and begin deporting them.

They did not make the decision to enter this country in violation of our laws, and in fairness we cannot hold them accountable. America is the only country they know, and the vast majority are working hard to make their own contribution to the American dream.

So, I am urging our elected officials to act — to grant these young people permanent relief from the fear of deportation and the chance to earn permanent residency status and eventually to seek citizenship. We can do this and we must. It is the right thing to do.

Please pray for me this week and I will be praying for you. And let us ask our Blessed Mother to pray for our nation.

Archbishop Gomez encourages people to visit and share his new website, TheNextAmerica.org, a resource for education and getting involved in immigration reform.

PREVIOUS: The humble clock brought a revolution that continues today

NEXT: Nonviolence: The only sane way forward in turbulent times