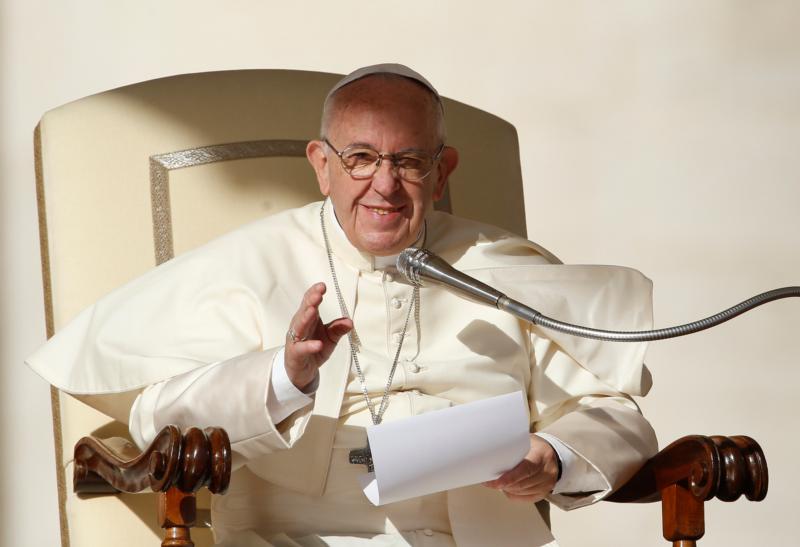 VATICAN CITY (CNS) — Being a Christian means battling the devil and striving for holiness each day, Pope Francis said.

“Jesus calls us to change our lives, change paths, calls us to conversion,” he said in his homily at Mass in the Domus Sanctae Marthae Oct. 26.

There is no such thing as Christians who are resting easy, “who do not fight,” he said.

Conversion isn’t about superficial change, like applying makeup, the pope said; it requires a change within that has been brought about by the Holy Spirit.

When Jesus tells his disciples in the day’s Gospel reading (Lk 12:49-53) that “I have come to set the earth on fire and how I wish it were already blazing,” he is speaking of a fire that requires that people change the way they think and feel, the pope said.

“Your heart that was worldly, pagan, now becomes Christian with Christ’s strength,” he said, and the way one behaves also changes because conversion “involves everything — body and soul.”

“I have to do my part so that the Holy Spirit can act and this means a battle, to battle” and to make room for the Holy Spirit in one’s heart, the pope said. That requires an examination of conscience every day and fighting against the various “diseases” the devil sows, “the diseases of worldliness.”

“Ask ourselves every day: how have I gone from worldliness, from sin to grace?” the pope suggested. “Have I made room for the Holy Spirit so that he could act?”

“Difficulties in our life are not resolved by watering down the truth. The truth is this: Jesus has brought fire and fights, what I have done?”

Those Christians who take it easy are “lukewarm” and their tranquility should not be confused with real inner peace that only the Holy Spirit can bring — “that peace for the soul that gives Christians strength,” the pope said.

NEXT: Deacons and their wives share field notes on parish ministry