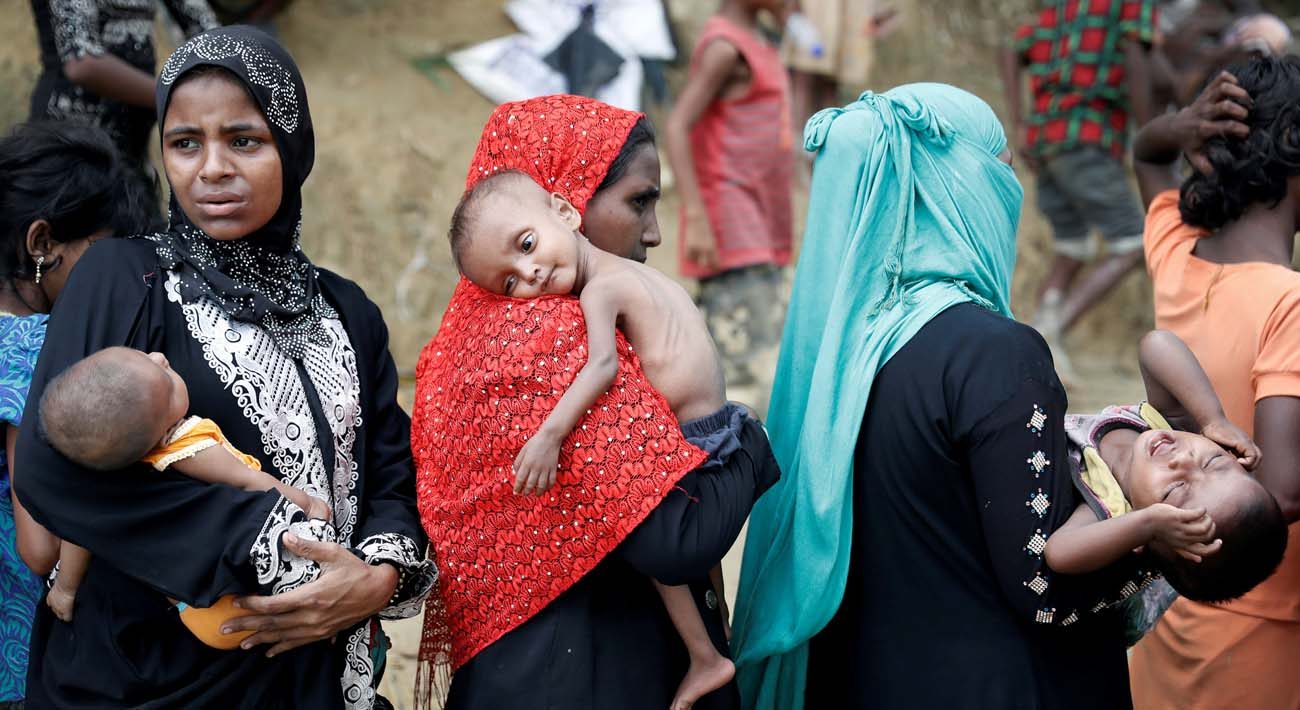 VATICAN CITY (CNS) — Thousands of starving children around the world today are innocent victims sacrificed upon the altar of the god of money because of humanity’s greed and attachment to wealth, Pope Francis said.

In his homily at Mass in the Domus Sanctae Marthae Oct. 23, Pope Francis said the day’s Gospel reading of the parable of the rich man who stores up treasure for himself “isn’t a fairy tale that Jesus invented; it is today’s reality.”

“Let us think about just one case: 200,000 Rohingya children in refugee camps. There are 800,000 people there; 200,000 are children. They barely have food to eat, are malnourished, without medicine. Even today this happens. This isn’t something the Lord said long ago. No, it is today!” the pope said.

The Rohingya, a mostly Muslim ethnic group in Myanmar, have been fleeing the country for Bangladesh. Pope Francis is scheduled to visit both countries in late November.

Like the rich man in the day’s Gospel parable, he said, people today often focus solely on accumulating their wealth “in that movement of exasperated consumerism,” believing it will “prolong their lives.”

“So many people live only for this and life has no meaning,” he said. “They do not know what it means to be rich in what matters to God.”

The thirst for money and earthly goods, Pope Francis said, continues in today’s world where “starving children who do not have medicine, education and are abandoned” become unwitting victims to “an idolatry that kills, that makes human sacrifices.”

Christians have the duty to pray not only so that God may “touch the hearts of those people who worship money,” but also that they would not fall into that idolatry of money, rather that they would seek the true wealth that comes from God, the pope said.

“That is the only path. Wealth, but in God. And it isn’t a contempt for money. No, it is about greed,” Pope Francis said. “To live attached to the god of money.”

PREVIOUS: Think about what you say in the Our Father, pope advises

NEXT: Only Jesus, in his infinite mercy, would die for sinners, pope says