A clear history of Thanksgiving, without the myths 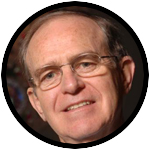 Contrary to popular opinion, the first Thanksgiving was not observed at Plymouth, Massachusetts, in 1621.

The “Pilgrims” — a later title given to the settlers — were Puritans who no longer wished to live in England due to religious persecution and for economic reasons. They believed the Church of England was too closely aligned with Roman Catholicism, which they loathed.

In their day, the settlers were called separatists because they wished to separate themselves from this supposedly corrupt kingdom by going to North America. More Puritans left England after 1625, under the reign of King Charles I, who had a Roman Catholic wife, Henrietta Maria of France.

The initial 1620 colony at Plymouth got off to a horrid start; fully half the population and all but five women died the first year. The Pilgrims survived by getting some help from the local Native American tribes.

The colony grew quickly, and by 1623, the settlers felt strong enough and safe enough to celebrate a day of prayer and thanksgiving, although not on a specific date; the actual date is unknown.

As more and more English and European settlers arrived in North America, they pushed aside, drove out or destroyed the local tribes, believing that they were doing God’s work by driving pagan savages out of the “New Holy Land” (like the Hebrews, they had passed through water to reached their promised land).

The myth was spread by extensive western migration by New Englanders, into what is now New York state and even farther west to Ohio. As the New Englanders spread, Thanksgiving went with them. The transplanted New Englanders discovered that their new neighbors, even the Catholics, liked this holiday.

The holiday’s popularity was limited by its association with New England, which had become strongly abolitionist, and Southern governors and plantation owners would not accept an “abolitionist” holiday.

But holiday Thanksgiving had a strong ally, Sarah Josepha Buell Hale, a New England widow with five children who edited a major magazine for women, in which she advocated the celebration of Thanksgiving, even providing recipes and guides for setting the table.

By the mid-19th century, Thanksgiving had become a widespread Christian holiday, one of the few Protestant days that the immigrant Catholics adopted.

When the Civil War broke out, the states that observed or denied the holiday found themselves mostly on different sides. Mrs. Hale urged President Abraham Lincoln to declare a national Thanksgiving Day.

In October 1863, after the great Union victory that summer at Gettysburg, Lincoln declared the last Thursday in November as a day of Thanksgiving. (Recognizing that some years November has five Thursdays, Congress passed a resolution in 1941, which President Franklin D. Roosevelt signed, establishing the fourth Thursday in November as the federal holiday).

After the Civil War, Thanksgiving grew in popularity, and New Englanders relentlessly pursued the veneration of the Plymouth Pilgrims who after all were English, not Confederates or Unionists, and had a unitive element. The Pilgrims were portrayed as pious, hardworking and reliable, thus providing strong role models.

Believers love Thanksgiving because it is the only legal U.S. holiday that acknowledges that we citizens should give thanks. Most Americans love a day that recognizes God, his many gifts to our country and the importance of the family. No other federal holiday has Thanksgiving’s warmth and quiet optimism.

(P.S. — It is also the only holiday that is difficult to corrupt with commercialism!)

NEXT: Cardinal Foley: A voice of Thanksgiving past, for today